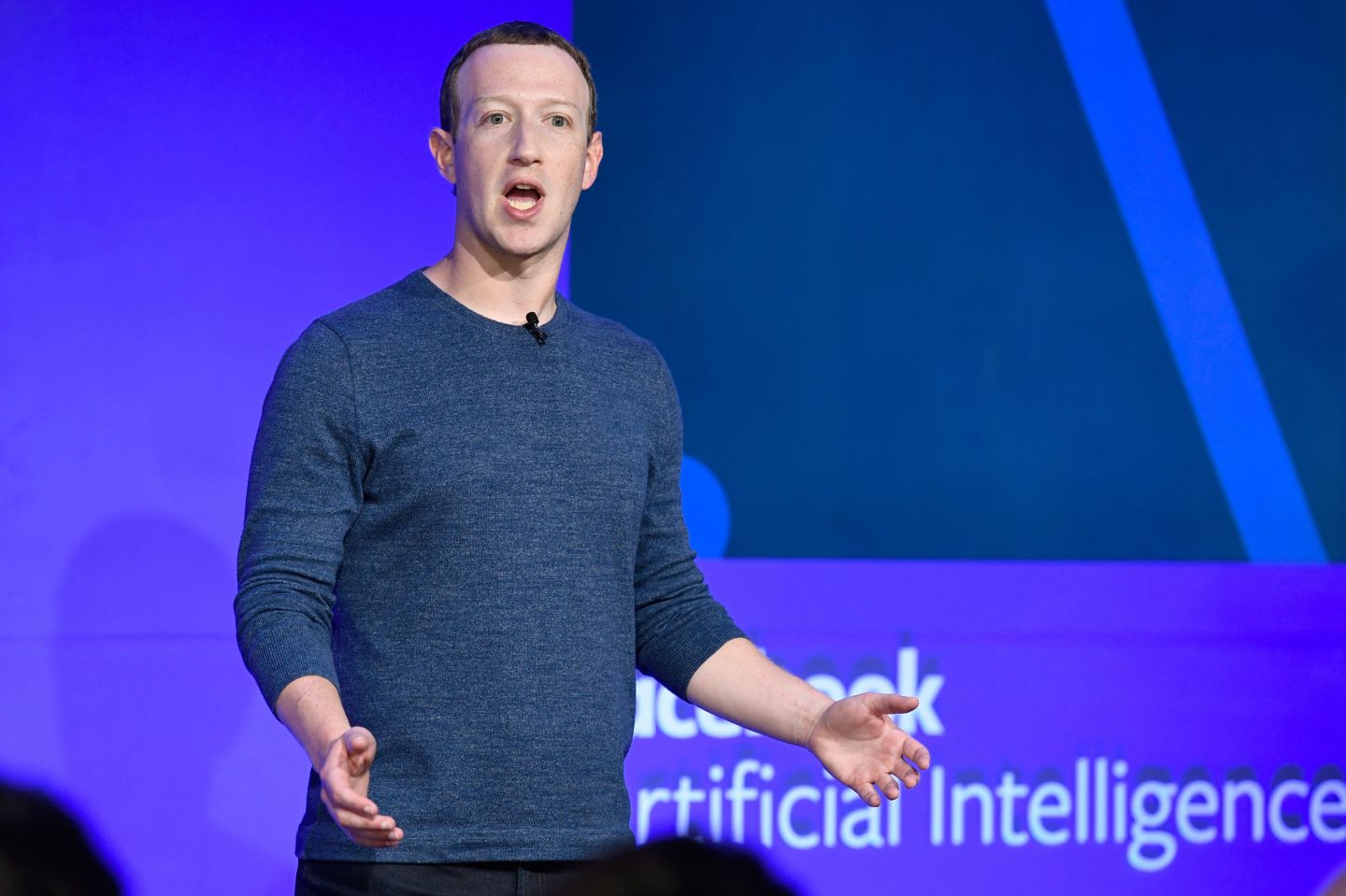 The New York Times DealBook Summit hosted a who’s who of Big Tech newsmakers Wednesday, headlined by the world’s most despised crypto entrepreneur.

While former FTX CEO Sam Bankman-Fried stole the show with his fidgety ruminations on the cryptocurrency exchange’s multibillion-dollar collapse, plenty of news emerged from Andrew Ross Sorkin’s grilling of tech business chiefs. A few spare thoughts below on three of the marquee CEOs who went under the microscope.

Bankman-Fried, trying to stay out of stripes

The onetime crypto wunderkind told Sorkin his lawyers are “very much” opposed to him speaking about FTX’s ignominious demise. Yet Bankman-Fried sounded very much like a man with white-shoe firms on retainer.

While explaining his role in FTX’s downfall, Bankman-Fried repeatedly used phrases laced with legalese. Asked about his role in the scandal, Bankman-Fried said he “did not ever try to commit fraud on anyone” and didn’t “know of times when I lied.” Asked about one of the core issues leading to FTX’s bankruptcy—the transfer of customer assets to an affiliated crypto hedge fund, Alameda Research, that made risky, illiquid investments—Bankman-Fried claimed he “didn’t knowingly commingle funds” and was “surprised” by Alameda’s disastrous balance sheet.

It strains credulity to think ignorance and ineptitude were the sole causes of FTX and Alameda Research falling apart—especially considering Bankman-Fried owned a whopping 90% of the latter entity, according to FTX bankruptcy filings.

Ultimately, though, criminal and civil investigators will suss out whether Bankman-Fried’s actions amounted to fraud or other criminal activity. They should have access to a decent paper trail and potential coconspirators looking to save their own bacon.

If Wednesday is any indication, Bankman-Fried won’t give himself up easily.

Mark Zuckerberg, setting himself up for hypocrisy

The Meta CEO joined a growing chorus of complainers grousing about Apple’s App Store rules, which give the iPhone maker the ability to shut out developers failing to meet company-set terms of service.

“Of the major computing platforms, Apple stands out,” Zuckerberg told Sorkin. “It is the only one where one company can control what apps get on the device. I don’t think it’s sustainable or good.”

Zuckerberg isn’t wrong. Unlike Google, which allows Android users to download apps from third-party stores, Apple forces all developers to route their products through the company’s App Store review process. Apple also takes a 15% to 30% cut of their app revenues once developers receive approval.

But stock away this quote. Zuckerberg is investing $10 billion–plus annually in building out the metaverse, which he hopes will become the next major computing platform. Meta eventually will need to show a return on this massive investment—and as Apple has shown, the best way to squeeze billions out of a platform is to tightly control the ecosystem.

While Meta hasn’t fought the emergence of a third-party app store on its Quest virtual reality platform, it’s already taking a cut of up to 47.5% on digital assets sold in its Horizon Worlds metaverse.

The CEO of investment management titan BlackRock lent his voice Wednesday to the burbling sentiment that there’s a new day dawning in tech.

Fink said he believes the app market has matured and most crypto enterprises will go bust. He predicted that venture capitalists will shift their money to more tangible, climate-focused technologies.

“It’s not going to go to all this stuff that provided us good utility to get food quicker, or find a taxi sooner,” Fink said. “I think it will be much more hard science, and require a lot more technical understanding.”

Fink, the chief cheerleader of stakeholder capitalism, has been banging the climate drum for a while—and incurred the wrath of anti-woke conservatives in the process. But the inflation-driven downturn in tech stocks and contagion effects of FTX’s bankruptcy give his claims a little extra credence.

Bye bye, Bret. Salesforce co-CEO Bret Taylor announced his plans to step down from the role in January, citing his desire to “return to his entrepreneurial roots.” Taylor’s resignation, which comes one year after his promotion to the co-CEO job alongside founder Marc Benioff, surprised two company insiders who spoke with Fortune’s Kylie Robison. Even Stewart Butterfield, CEO of Salesforce-owned Slack, was caught off guard by the news. Taylor, who also served as Twitter’s board chair, spent several months shepherding the October sale of the social media company to Elon Musk.

Mending some fences. New Twitter owner Elon Musk said he met Wednesday with Apple CEO Tim Cook, smoothing over concerns that Apple would boot Twitter from the App Store. Musk tweeted that he and Cook “resolved the misunderstanding about Twitter potentially being removed from the App Store.” The confab followed multiple tweets from Musk this week blasting Apple, including one post that suggested the company threatened to oust Twitter from its App Store.

Chips on the brain. Neuralink cofounder Elon Musk said he hopes to begin human trials of a computer brain implant in mid-2023, Bloomberg reported Wednesday. Musk said initial implants are designed to allow people with debilitating health conditions, such as speech impairments caused by a stroke, to communicate with their thoughts. The timeline followed productive conversations with U.S. Food and Drug Administration regulators, Musk said.

Soaring above the rest. Amazon has taken the notoriously slow-moving aviation industry by storm over the past decade, upending some long-held maxims and attracting some critics along the way. A deep dive Thursday by Wired into the e-commerce giant’s air cargo business reveals a remarkably swift takeoff by Amazon officials, who grew tired of relying on UPS, FedEx, and other services. The massive investment in buying and leasing airplanes has allowed Amazon to make good on its promises of unmatched delivery times. At the same time, former Amazon executives said the push resulted in an untenable work culture and climate-damaging practices.

Wired spoke to more than two dozen current and former Amazon Air employees about how the company launched an air service with the agility of a startup and the muscle of a megacorporation. ​​Most spoke anonymously out of fear of facing retaliation or jeopardizing future career prospects.

They described an entrepreneurial culture that accomplished big things fast, but also toxic management, angry communities, pilots pushed past their limits, and a singular focus on rapid growth, even if it came at the expense of efficiency. One former employee says some colleagues used to joke, “We took off, and there was no landing gear.”

Workers in Europe and Africa are fighting back against Twitter layoffs, with one senior exec successfully reclaiming her job, by David Meyer and Vivienne Walt

Stable Diffusion’s push to develop A.I. ‘art’ technology is like a sprint down a tight rope, by David Meyer

Your next Uber could be a free reindeer sleigh ride. Here’s how to book it, by Chris Morris

Police want a search warrant for Reddit to identify who leaked tape of racist discussion among Los Angeles council members, by the Associated Press

The age of unicorns is not over. Here’s why you shouldn’t count out tech’s growth equity investors, by Christian Buecker, Greg Fiore, Dunigan O’Keeffe, and Sean Tanaka

Cry if they want to. The European Union’s executive branch threw one sad—and expensive—soiree in the metaverse this week. Fortune’s Alice Hearing reported Thursday that the EU Commission’s foreign aid department held a much-anticipated gala attended by just six people in its metaverse platform, which cost about $400,000 to build. EU officials hoped the event would attract young people potentially interested in the department’s work, but one attendee, Devex correspondent Vince Chadwick, reported that only a handful of avatars joined the party. Devex later quoted anonymous staff members who described the effort as “digital garbage” and “depressing and embarrassing.”