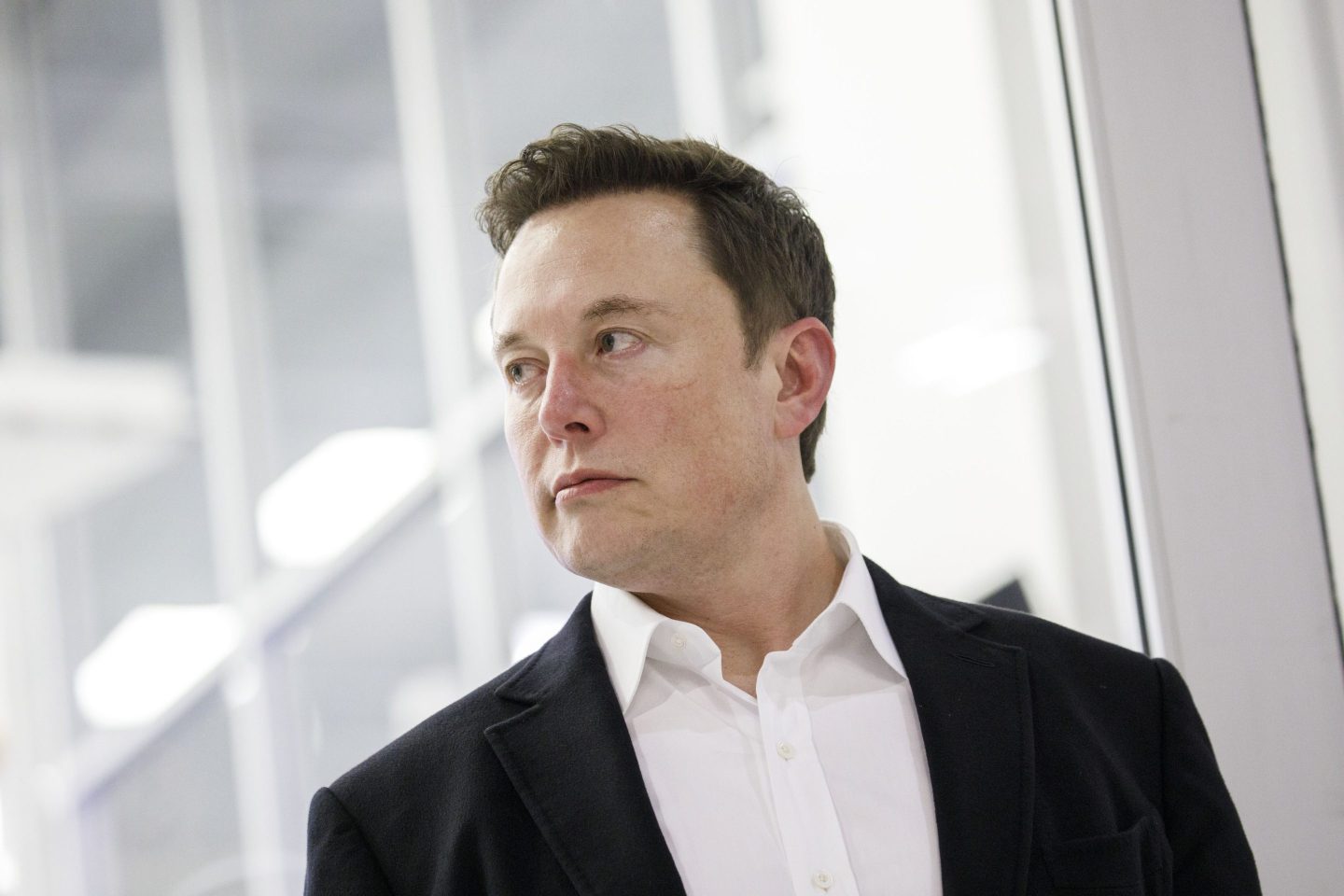 Tesla billionaire Elon Musk said he met with Apple CEO Tim Cook on Wednesday, adding another chapter to a strange and contentious week between the two tech titans.

“Thanks @tim_cook for taking me around Apple’s beautiful HQ,” Musk wrote in a tweet, including a video of a large pond, with two shadows standing in the foreground.

He followed it up with another tweet just a few hours later.

“Good conversation. Among other things, we resolved the misunderstanding about Twitter potentially being removed from the App Store. Tim was clear that Apple never considered doing so.”

The two peaceful tweets capped off several more aggressive missives from Musk, who repeatedly called out Apple this week, and at times Cook specifically, over claims that the tech giant stopped advertising on Twitter, threatened to remove it from its app store, and overcharged companies. (Both Apple and Twitter did not immediately respond to Fortune’s request for comment.)

On Monday, Musk tweeted that Apple had cut off most of its advertising on Twitter. Apple was the top advertiser on Twitter in the first quarter of this year, spending $48 million on ads, according to the Washington Post. Apple ads accounted for 4% of Twitter’s revenue that quarter.

“Do they hate free speech in America?” he wrote, adding, “What’s going on here @tim_cook?”

Twitter has lost several major advertisers since Musk took over the company last month, including Pfizer, Volkswagen, and Chipotle. Recent reporting from tech newsletter Platformer revealed that weekly ad bookings for the company are down nearly 50%, and revenue in Europe, the Middle East, and Africa is down 15%.

But advertising is just one part of Musk’s problem with Apple. He claimed in another Monday tweet that the company “threatened to withhold” Twitter’s app from its app store, but “won’t tell us why.”

Advertisers and companies have been distancing themselves from Musk’s Twitter since he began implementing changes at the company earlier this month, largely in response to Musk’s decision to cut most of the platform’s content moderation team and the consequent rise of hate speech observed on the site.

Getting kicked out of the app store would be a major blow to the social media platform, which is already enduring a period of extreme tumult. Musk has so far laid off around 50% of Twitter’s staff in an effort to cut costs, with hundreds resigning in recent weeks as the new CEO brings his trademark “hardcore” work ethic and management style to the company.

Musk went on to denounce Apple’s “secret 30% tax on everything” in yet another tweet on Monday, referring to the percentage of profits that the company takes from app store sales. Musk may have also delayed relaunching the platform’s Twitter Blue subscription service so that the feature could be re-tooled as an in-app purchase, and avoid Apple’s fee.

The fee Apple receives from app downloads is well-known among tech companies, with Spotify and Facebook parent Meta having criticized Apple for the percentage cut in the past.

Epic Games, the publisher of popular videogame Fortnite, even took Apple to court last year over the embedded fee. Epic’s CEO Tim Sweeney has criticized Apple’s model as a “monopoly” and recently sided with Musk on the issues between Apple and Twitter.

“Apple is a menace to freedom worldwide,” Sweeney wrote on Twitter this week. “They maintain an illegal monopoly on app distribution, they use it to control American discourse, and they’re endangering protesters in China by storing sensitive customer data in a state-owned data center.”

Billing startup Paddle also took Apple to court last year over its payment system, and its CEO Christian Owens recently welcomed Musk as an ally in the case. “It points to how egregious the 30% fee is. I’m glad Elon is in the fight,” Owens told Insider this week.

A pondside meeting at Apple HQ will likely not be enough for Musk to accept Apple’s download fee, although Owens and other CEOs dissatisfied with Apple might soon find him not to be the most reliable ally.

Nov. 30, 2022: This story has been updated to include an additional tweet from Elon Musk.