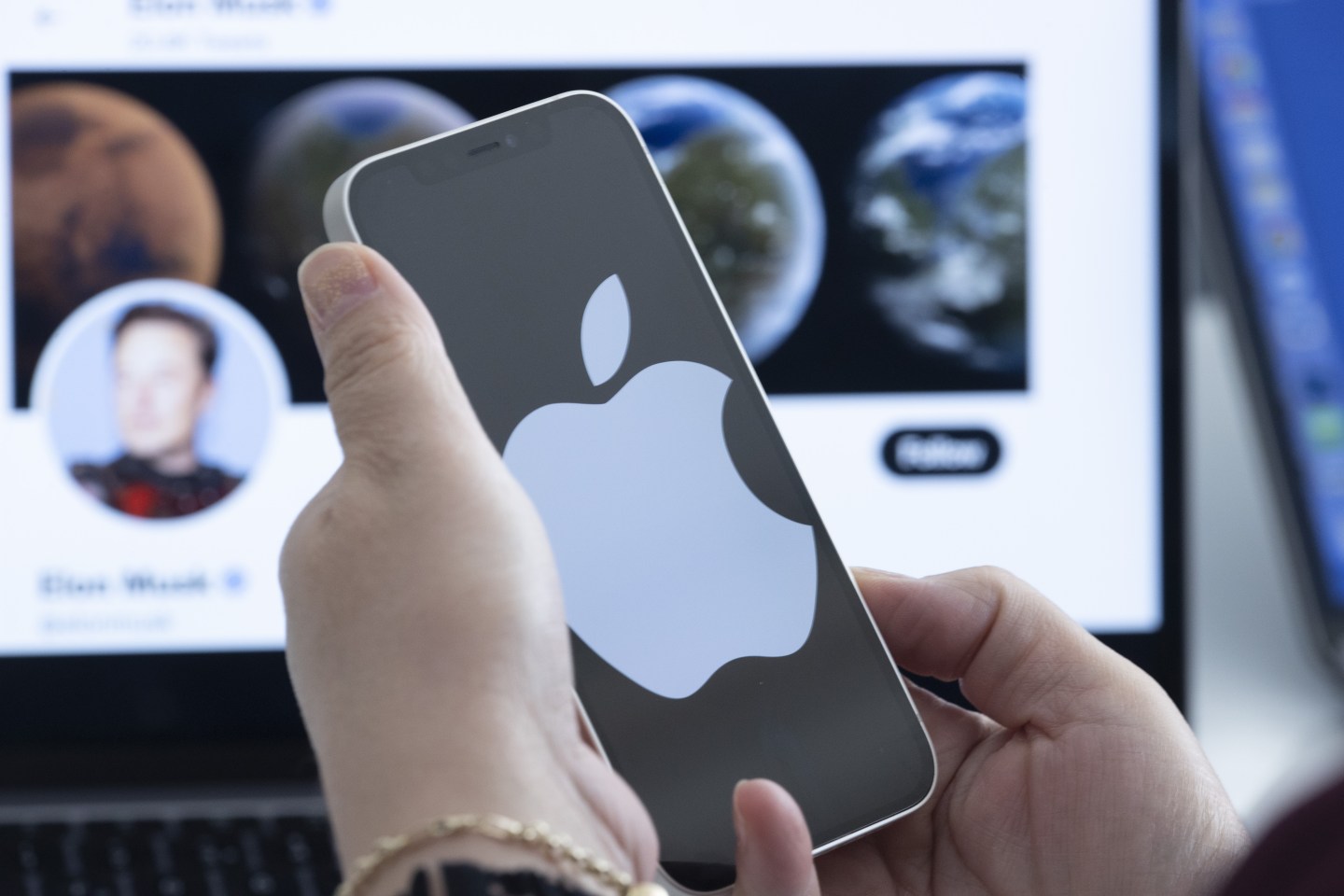 Elon Musk is preparing to go to war with Apple, in his own words, to preserve free speech and protect mankind from tyranny.
Mustafa Ciftci—Anadolu Agency/Getty Images

Elon Musk warned the world faces nothing less than cruelty and oppression if Apple makes good on its alleged threat to drop Twitter from its app store.

The entrepreneur, who reluctantly purchased the social media company last month for an eye-watering $44 billion, is preparing to go to war with the very company he once hoped would acquire Tesla.

“This is a battle for the future of civilization. If free speech is lost even in America, tyranny is all that lies ahead,” the new owner posted on his platform late on Monday.

Musk is attempting a root-and-branch restructuring of Twitter complete with mass layoffs in the hopes of eking out a return on his investment in the loss-making platform.

This summer the Tesla CEO had attempted to wriggle out of the deal he initiated, only to back down and pay full price last month after Twitter took him to court.

In his first strategic move to monetize the platform, he rolled out an $8 per month subscription plan for its premium Twitter Blue service that included a complementary verification badge that users quickly began to abuse, as widely predicted.

Musk hopes to turn Twitter into a super app­—a larger, global version of Tencent’s WeChat used by virtually every Chinese netizen at some point in the day for transactions ranging from booking concert tickets to paying for groceries delivered.

If successful, Musk and his wealthy clique of coinvestors could yet earn a fortune by pocketing a commission on each transaction.

Under the App Store rules, Apple gets a 30% cut of any revenue Twitter generates through iOS-enabled mobile devices. This embedded fee has prompted Fortnite publisher Epic Games to take Apple to court and is now cause enough for Musk to tweet he is going to war with the company.

Musk has accused Apple of pulling its advertising on Twitter, arguing its executives like Tim Cook must therefore “hate free speech.”

“They maintain an illegal monopoly on app distribution, they use it to control American discourse, and they’re endangering protesters in China by storing sensitive customer data in a state-owned data center.”

However, fellow billionaire Mark Cuban, owner of the Dallas Mavericks, was less sympathetic and fired back at Musk’s habitual grandstanding.

“We have no idea what free speech on Twitter is because you are judge and jury,” he posted.

Apple was Twitter’s biggest advertiser in the first quarter, accounting for more than 4% of the latter’s revenue through its $48 million worth of ads. (Apple is not the only one to pause spending. According to Media Matters, roughly half of its top 100 advertisers have done so as well.)

Should Apple pull Twitter from its app store—a threat Musk claimed on Monday it had made—it would deal a potentially lethal blow to his ambitious turnaround plans for the loss-making app.

Musk has therefore threatened to develop his own alternative to the iPhone that could siphon customers away from the company’s cash cow if it follows through on its alleged threat.

Regional elections are set to kick off this week in Gujarat, one of its wealthiest states, where the Hindu supremacist movement VHP has threatened a repeat of the 2002 pogroms against its Muslim inhabitants.

“We’re not talking about…hurt feelings, we’re talking about the prevention of dangerous genocidal hate speech,” the executive director of Equality Labs, Thenmozhi Soundararajan, told reporters on Monday. “It just takes four hours from a tweet to go into a mass atrocity in the Indian context.”

This week The Guardian reported Twitter removed freshly uploaded footage of the Christchurch terror attack in New Zealand circulating on the platform only after the government alerted the company, which had failed to recognize the content as harmful.