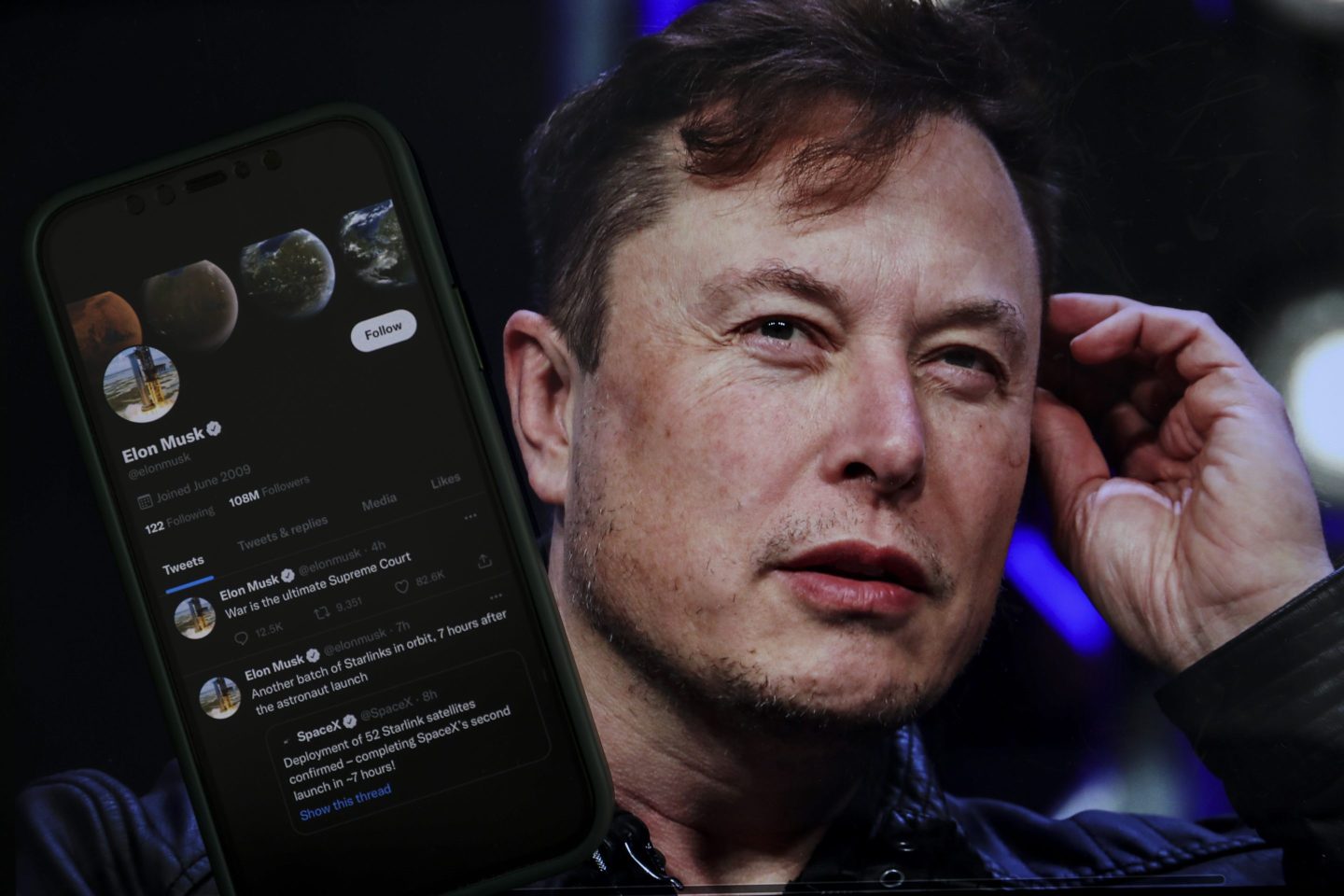 Elon Musk has some problems with Apple and its CEO, Tim Cook—and as Twitter’s new owner, Musk is tweeting all about it.

On Monday, Musk said that Apple has “mostly stopped” advertising on Twitter. He asked: “Do they hate free speech in America?” He then added, “What’s going on here @tim_cook?”

If what Musk said is true, and Apple has stopped advertising on Twitter, it would be a huge blow to the platform’s revenue—and one more major advertiser to leave the service after Musk’s recent acquisition, following others like Volkswagen, Pfizer, and Chipotle.

Earlier this month, Musk acknowledged the problem, tweeting that “Twitter has had a massive drop in revenue,” and blaming activist groups for allegedly pressuring advertisers.

“Nothing has changed with content moderation and we did everything we could to appease the activists,” Musk wrote. He added: “Extremely messed up! They’re trying to destroy free speech in America.”

In the first quarter of this year, Apple was the top advertiser on Twitter—spending $48 million on ads—according to the Washington Post, which cited a document compiled from Twitter’s internal data. That accounted for more than 4% of Twitter’s overall revenue for that quarter.

Musk also claimed that Apple has “threatened to withhold” Twitter’s app from Apple’s App Store “but won’t explain why.” He didn’t provide more details about any ban.

Apple did not immediately respond to Fortune’s request for comment.

“Did you know Apple puts a secret 30% tax on everything you buy through their App Store?” he wrote, referring to the cut Apple takes on subscriptions and other purchases made through iOS apps.

It’s not the first time Musk has criticized Apple for its 30% cut. Earlier this year, before buying Twitter, he tweeted: “Apple’s store is like having a 30% tax on the Internet. Definitely not ok,” and that it’s “literally 10 times higher than it should be.”

But still, Musk seems to be enjoying the fight, posting a meme with two roads: one that pays 30% and one that goes to war (as he put it), with a car speeding in the direction of war that he’s titled “Elon.”

Previously, another tech mogul complained about Apple’s 30% commission—Meta CEO Mark Zuckerberg. Last year, he said the 30% Apple takes makes it “harder” for creators to make money from their work.

In a prior blog post, Fidji Simo, then head of Facebook’s app, wrote: “We hope Apple will consider permanently changing its requirement for apps to use its payment processing platform as well as reduce the associated 30% tax. Such a high tax places a disproportionate and unnecessary financial burden on small businesses, particularly those that rely on other platforms, such as Facebook, to connect with their audience because they lack the resources to develop their own app.”

Zuckerberg and Cook have had their differences in the past. Last year Apple released a privacy feature that required users to specifically opt into letting apps like Facebook or Instagram track them across other apps. It was a huge blow to Facebook’s online ad business, which partly depended on the data to gauge its users’ interests.