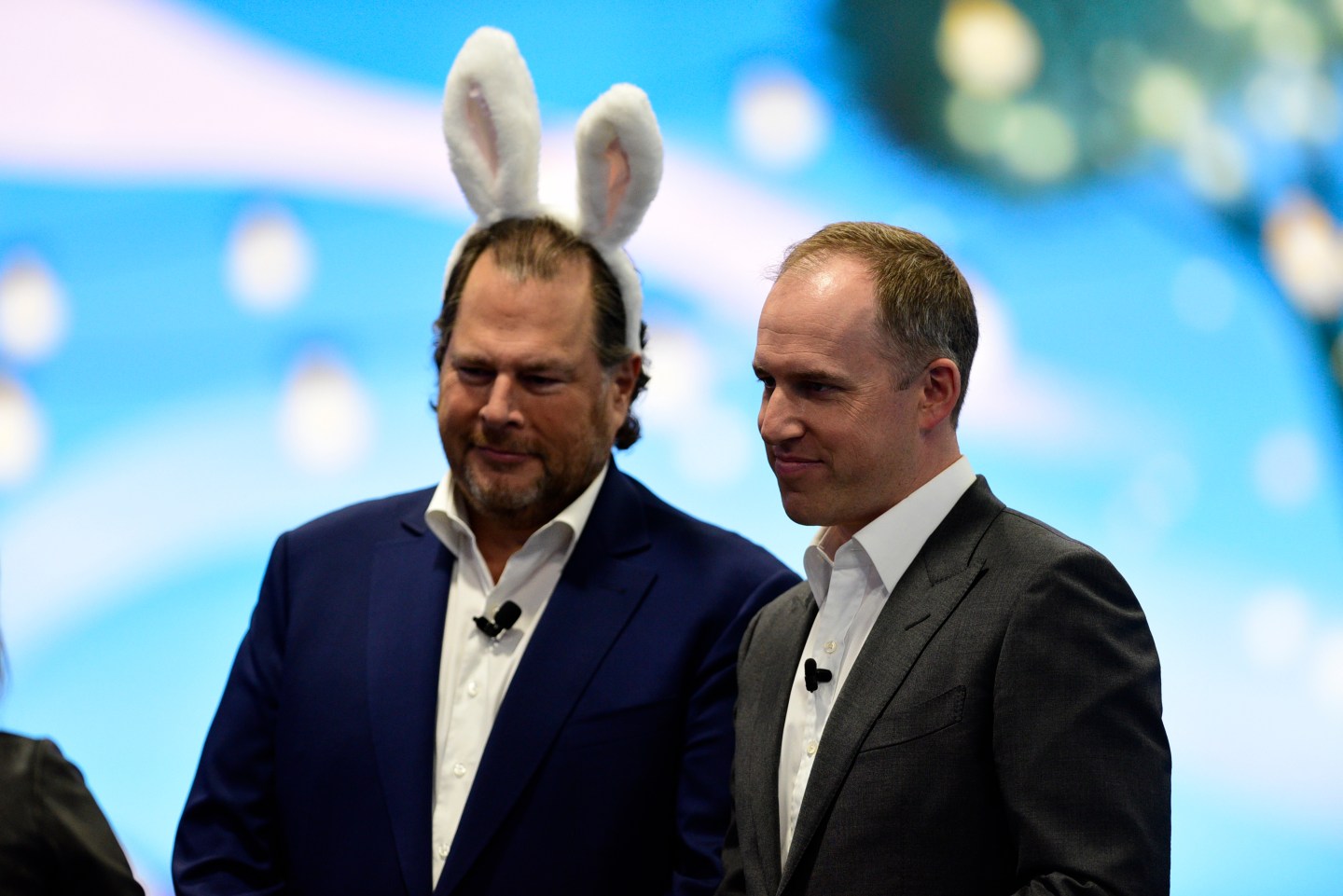 Salesforce co-CEO Bret Taylor is stepping down and leaving the cloud-software company to “return to his entrepreneurial roots,” Salesforce announced on Wednesday in a surprise move that leaves founder Marc Benioff as the sole leader of the $160 billion company.

Taylor’s resignation, just one year after the former Facebook executive was promoted to the co-CEO job at Salesforce left company insiders “completely shocked,” and raised instant speculation about the cause of the change and about Taylor’s next gig.

Shares of Salesforce were down nearly 7% in after-hours trading on Wednesday, in the wake of the leadership news and the release of the company’s quarterly earnings report. The company beat analyst’s revenue and profit estimates, but offered a weak business forecast.

One Salesforce insider said that people “had no idea” that a leadership change was coming. A second source described themselves as shocked by the news.

Taylor first joined Salesforce in 2016 after it purchased his productivity software startup Quip. Then, exactly one year ago, Salesforce promoted Taylor from president and chief operating officer to co-CEO.

His resignation from Salesforce marks the second major recent change for Taylor, who left his role as a the chairman of Twitter’s board of directors, following Elon Musk’s drama-filled takeover of Twitter.

Within Twitter, the news also sparked some speculation about whether Taylor could be headed to the top job at the social networking service, where Musk has been serving as CEO on a temporary basis.

“I am grateful for six fantastic years at Salesforce,” Taylor said in a statement. “Marc was my mentor well before I joined Salesforce and the opportunity to partner with him to lead the most important software company in the world is career-defining. After a lot of reflection, I’ve decided to return to my entrepreneurial roots. Salesforce has never been more relevant to customers, and with its best-in-class management team and the company executing on all cylinders, now is the right time for me to step away.”

Benioff said in his message to employees that their “highest priority” is to stay “laser-focused on working together to support” the company’s Sales team and deliver an “incredible Q4.”