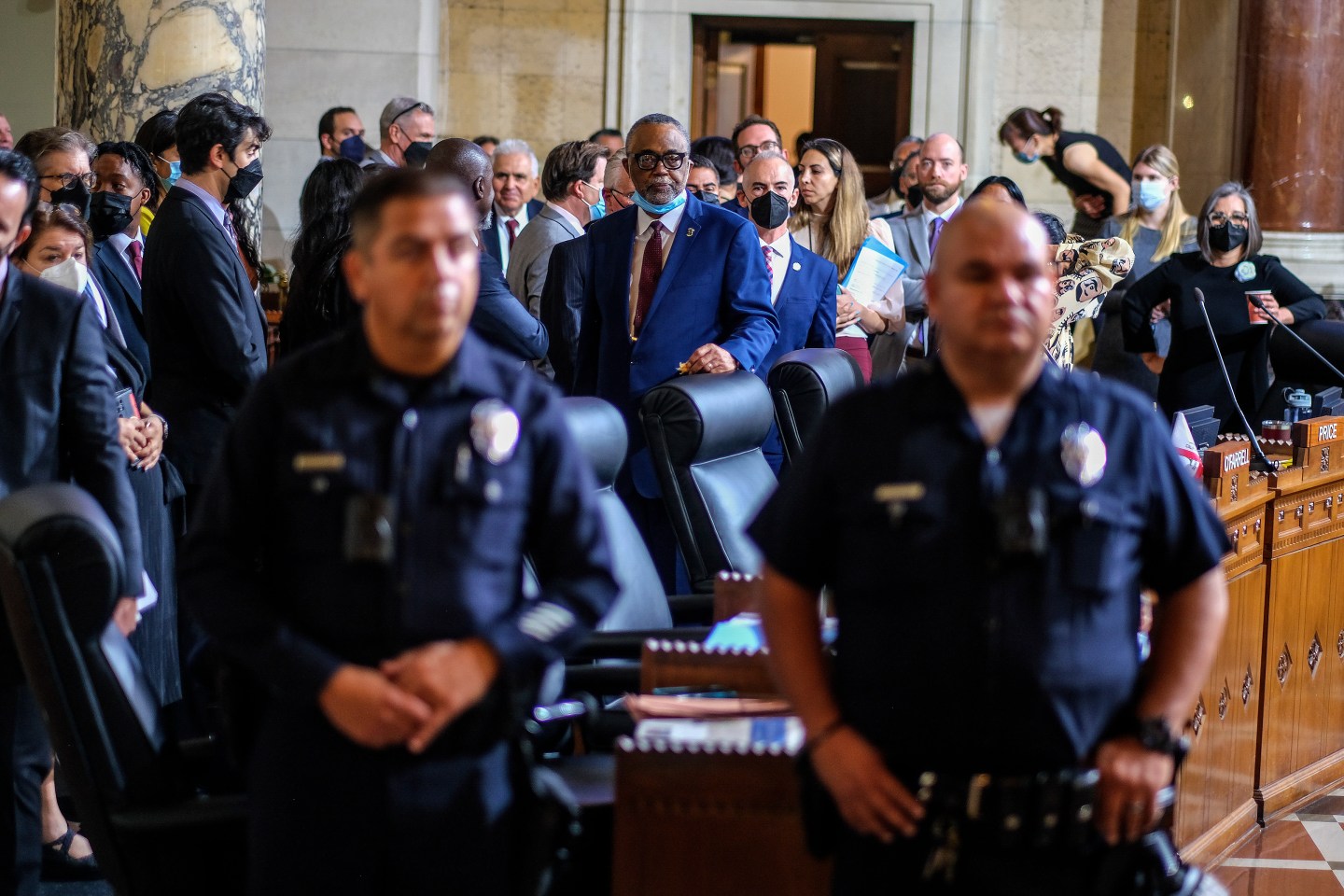 Police have sought a search warrant for the Reddit website as they try to identify the person who leaked a racist discussion between Los Angeles City Council members and a powerful labor leader, causing a scandal that has rocked the community and shaken faith in its lawmakers.

The LAPD is trying to determine the origin of the recording that appeared on the site in October, according to a Tuesday statement.

“The investigation involves interviews of persons present and any potential witnesses that have insight into this investigation. A search warrant request has been initiated to Reddit in order to identify the person responsible for posting the recording,” said the statement.

There was no immediate information on whether the request had been granted or other details of the ongoing investigation, Officer J. Chaves, an LAPD spokesperson, said Wednesday.

Police Chief Michel Moore announced last month that detectives were investigating whether the recording made last year was made illegally.

The previously unknown recording was of a 2021 private meeting involving then-council president Nury Martinez and Councilmen Kevin de León and Gil Cedillo, as well as Ron Hererra, head of the Los Angeles County Federation of Labor.

The people at the discussion, all Latino Democrats, were captured on the recording scheming to protect their political clout in the redrawing of council districts during an hourlong, closed-door meeting that was laced with bigoted comments. They used racist language to mock colleagues — as well as one councilman’s young Black son — while they planned to protect Latino political strength in council districts.

It’s not known who made the tape, or why. It was released just weeks before the November midterm elections.

Under California law, all parties must consent to the recording of a private conversation or phone call. Otherwise, the person who made the recording could face criminal and civil penalties.

Martinez resigned in disgrace but the other councilmembers have resisted widespread calls — from the White House down — for their ousting. Late last month the City Council voted to censure the trio. It represented the strongest step the council can take to publicly reprimand them.