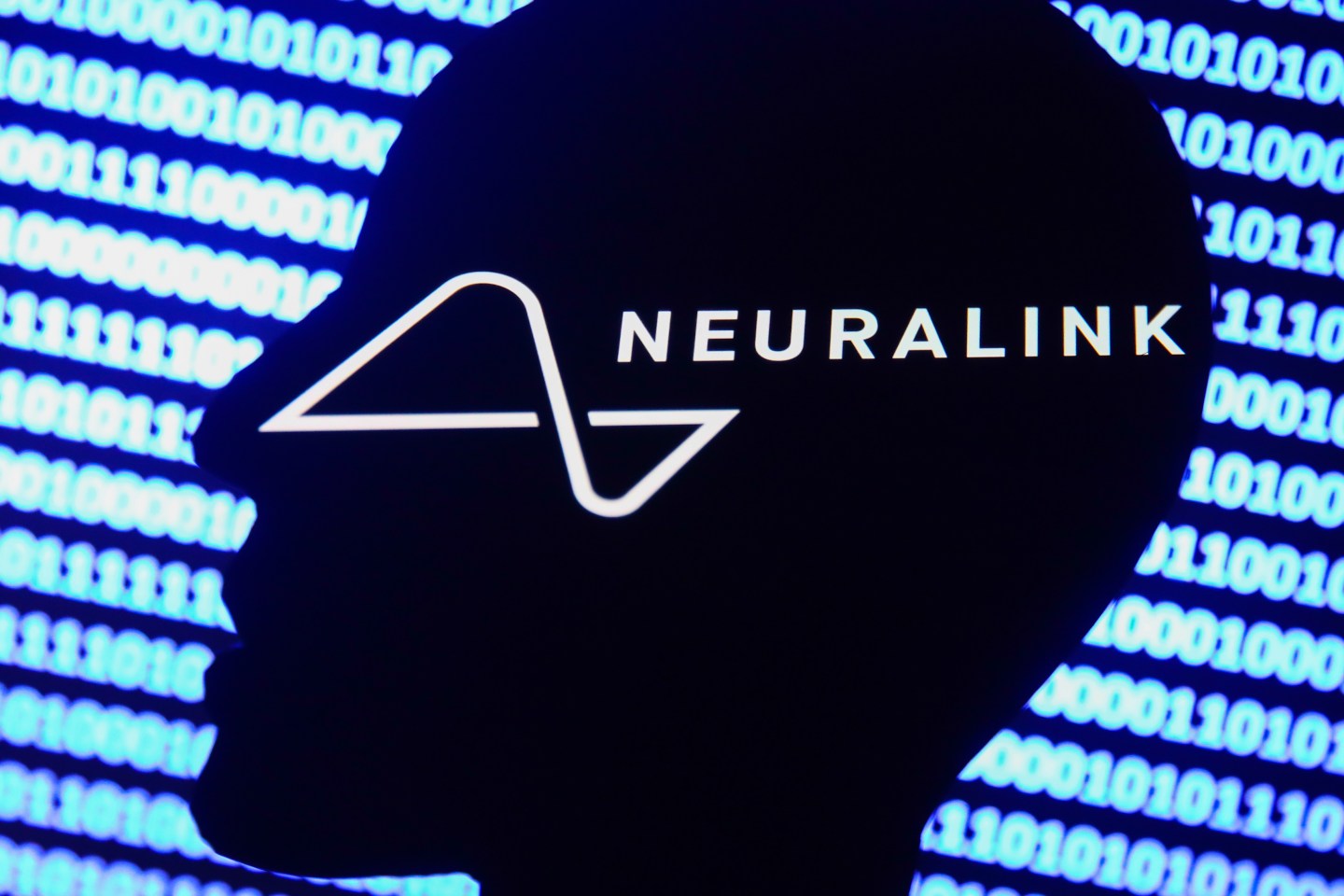 Neuralink has been refining the product, which consists of a tiny device and electrode-laced wires, along with a robot that carves out a piece of a person’s skull and implants it into the brain.
Jakub Porzycki—NurPhoto/Getty Images

Elon Musk’s Neuralink Corp. aims to start putting its coin-sized computing brain implant into human patients within six months, the company announced at an event at its Fremont, Calif. headquarters on Wednesday evening.

Neuralink has been refining the product, which consists of a tiny device and electrode-laced wires, along with a robot that carves out a piece of a person’s skull and implants it into the brain. Ongoing discussions with the US Food and Drug Administration have gone well enough for the company to set a target of its first human trials within the next six months, according to Musk.

In typical fashion for an Elon Musk venture, Neuralink is already bounding ahead, aiming implants at other parts of the body. During the event, Musk revealed work on two major products in addition to the brain-computer interface. It’s developing implants that can go into the spinal cord and potentially restore movement in someone suffering from paralysis. And it has an ocular implant meant to improve or restore human vision.

“As miraculous as that may sound, we are confident that it is possible to restore full-body functionality to someone who has a severed spinal cord,” Musk said at the event. Turning to Neuralink’s vision work, he added that “even if they have never seen before, we are confident they could see.”

The goal of the brain-computer interface, known as a BCI, is initially to allow a person with a debilitating condition — such as amyotrophic lateral sclerosis (ALS) or suffering the aftereffects of a stroke — to communicate via their thoughts. The company demonstrated that with a monkey “telepathically typing” on a screen in front of it. The Neuralink device translates neuronal spikes into data that can be interpreted by a computer. Musk’s hope is that the device could one day become mainstream and allow for the transfer of information between humans and machines. He has long argued that humans can only keep up with the advances being made by artificial intelligence with the help of computer-like augmentations.

“You are so used to being a de-facto cyborg,” Musk said. “But if you’re interacting with your phone, you’re limited.”

As has been the case with past Neuralink events, some of the things demonstrated by Musk and his team have already been accomplished in academic settings. The company’s critics have long accused Musk of overhyping Neuralink’s advances and over-promising what the technology will be able to do in the near future, if ever.

Brain-machine interface technology has been researched and advanced by academia for decades. Musk’s entry into the arena, however, has spurred a wave of investment from venture capitalists into startups and helped push the field forward at a much more rapid clip.

A couple of similar startups are ahead of Neuralink when it comes to human trials. Synchron Inc., for example, has been able to implant a small stent-like device into the brains of patients in Australia and the US. The product has made it possible for patients who were unable to move or speak to communicate wirelessly via computers and their thoughts. Onward Inc. has also done breakthrough work restoring some movement in people with spinal cord injuries.

The type of brain surgery proposed by Neuralink is far more invasive than that of Synchron or most other competitors in the industry. A patient must have a chunk of their skull removed and allow wires to be implanted into their brain tissue. Neuralink has been doing tests for years on primates to prove that the surgery is safe and that the implant can remain inside the brain for long periods of time without causing harm.

Animals rights groups have been critical of the primates’ past treatment when Neuralink relied on a partner laboratory for some of its experiments. Neuralink brought its animal husbandry program in-house years ago and has endeavored to make it an example for others to follow. Over the past two years, this reporter has visited the primates on a handful of occasions. They appeared well cared for and did not show any ill effects from the implants.

Neuralink’s advantage over its rivals is one of processing power. Musk’s bet is that the more invasive surgery coupled with greater computing capabilities will help Neuralink’s hardware achieve better results and restore more functions in humans than competing products.

Musk’s company has already missed some of the billionaire’s ambitious timelines for placing the BCI implant in people. In meetings with his team over the past several months, Musk, being Musk, urged his engineers in blunt terms to work faster and harder. “We will all be dead before something useful happens,” Musk told his team during a recent product review meeting. “We need to step it up. We need to ship useful products.” During the same meeting, Musk expressed fear that advances in AI would outpace the work being done at Neuralink, rendering the company’s efforts worthless.

Some of Neuralink’s main concerns with the BCI implant have been making sure that the robot can perform surgeries quickly and with minimal harm to the body. Musk foresees a day when people get brain implants as a quick outpatient procedure.

The paralysis and ocular work only started relatively recently, and Musk has been pressing his teams to advance the state-of-the-art in the technology at a record pace.

Autumn Sorrells, the animal care director at Neuralink, has been working to make sure that the experiments done on the primates and pigs are conducted in a safe manner and has been implementing new techniques to train them. Neuralink has an enclosure for the primates in Fremont that includes toys and televisions to keep the animals entertained as people check to see how their implants are functioning.

In recent months, the animals had to leave their cages and be restrained to have their implants recharged. More recently, however, Neuralink devised a more relaxed setup that lets the primates recharge under a helmet in their cages while they eat. The company is building out a much more expansive animal enclosure at a campus in Austin, Texas.

While still very much in its early days, the totality of work being done by Neuralink makes it the only general-purpose BCI company. Other startups have focused on the brain or the eye or the spinal cord. Meanwhile, Neuralink really hopes to do it all.