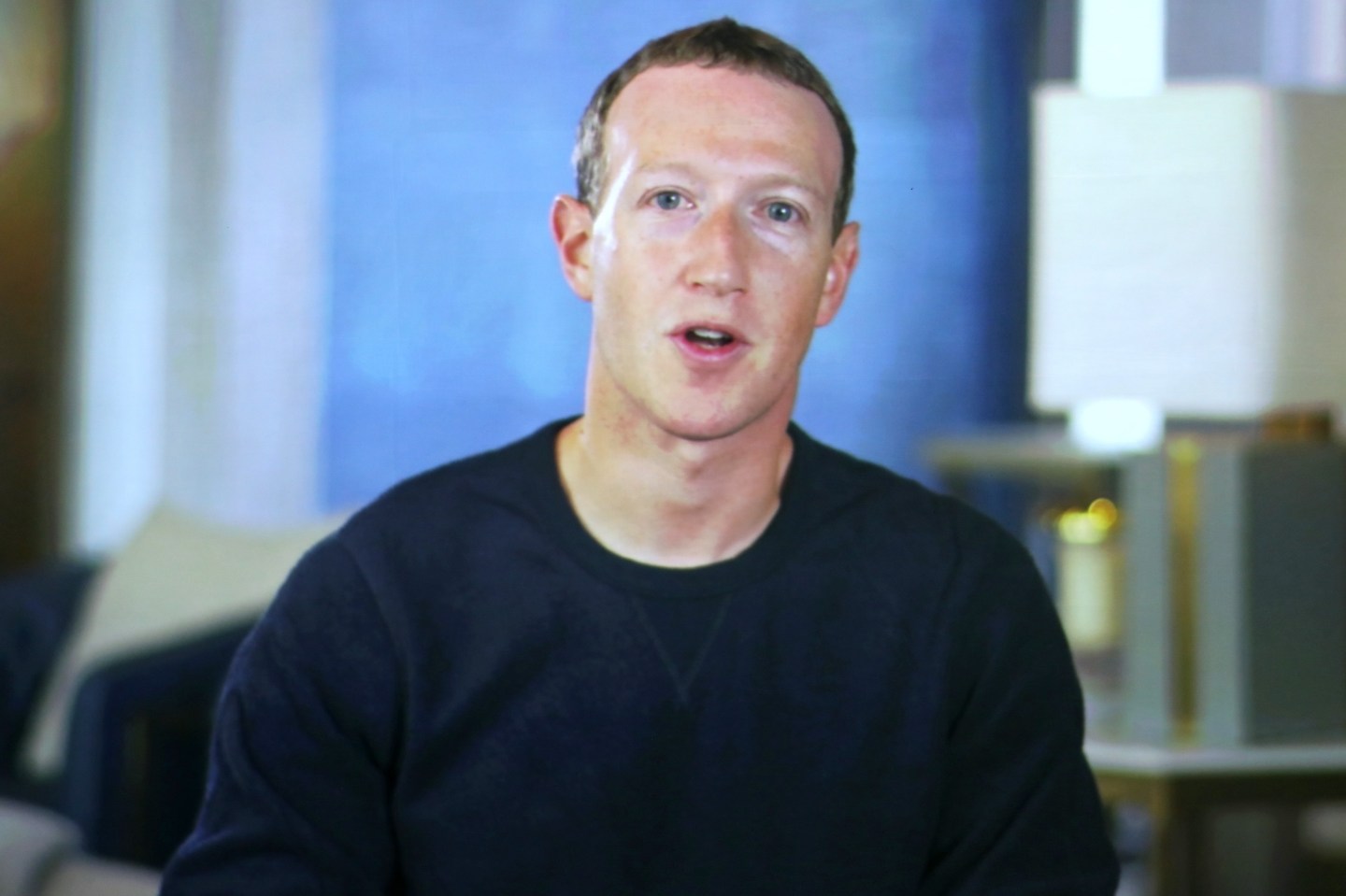 Mark Zuckerberg, via video, speaks at Into the Metaverse: Creators, Commerce and Connection during the 2022 SXSW Conference and Festivals at Austin Convention Center on March 15, 2022 in Austin, Texas.
Samantha Burkardt/Getty Images for SXSW

“It is problematic for one company to be able to control what app experiences end up on a device,” Zuckerberg said Wednesday in an interview at the New York Times DealBook conference. The “vast majority of profits in mobile ecosystem go toward Apple,” he added.

App store policies and fees implemented by Apple, and to a lesser extent Google parent Alphabet Inc., have long been a point of contention for technology companies looking to reach broad mobile audiences. Billionaire Elon Musk added to the chorus after his acquisition of Twitter Inc., sending a flurry of tweets this week denouncing Apple’s fees and restrictions on what apps can be sold. Musk said Apple had threatened to bump Twitter from the App Store.

Zuckerberg echoed some of Musk’s points. He called Apple’s content moderation rules for apps a “conflict of interest” since they are often pointed at rivals. It makes Apple “not just a governor looking out for people’s interests.” Revenue at Meta, which owns social networks Facebook and Instagram, has taken a hit since Apple tightened its privacy policies to restrict how users can be tracked and targeted with advertising.

As for Musk’s approach to running Twitter, Zuckerberg hedged his comments — he said he guesses that some approaches will work and others won’t. “I think it’ll be very interesting to see how this plays out,” he said. As for whether Meta will allow former US President Donald Trump back onto Facebook, as Twitter recently did, Zuckerberg said the company’s Oversight Board will handle that decision.

Wall Street has become increasingly bearish on Meta’s investment in its money-losing virtual reality business amid slowing ad revenue. Earlier this month, Zuckerberg said the company would slash more than 11,000 jobs, and took personal responsibility for decisions that led to the need to cut costs. In April, Meta reported its first-ever quarterly revenue drop.

The interview Wednesday began with a recorded conversation between Zuckerberg and the moderator as avatars in the immersive digital world the company calls the metaverse. Still, Zuckerberg said the idea that Meta is wholly focused on the metaverse is “basically wrong.” Messaging program WhatsApp will be his next major monetization target, he said, as that platform is “largely untapped.”

He cited progress in Reels, the company’s short video feature, saying some estimates show it has half the traffic of viral video-sharing app TikTok outside of China.

Zuckerberg also raised the issue of TikTok’s ownership by Beijing-based ByteDance Ltd., adding that there are “real questions” about the influence of China’s government on TikTok. “In a lot of countries, all data goes to the government,” the CEO said.