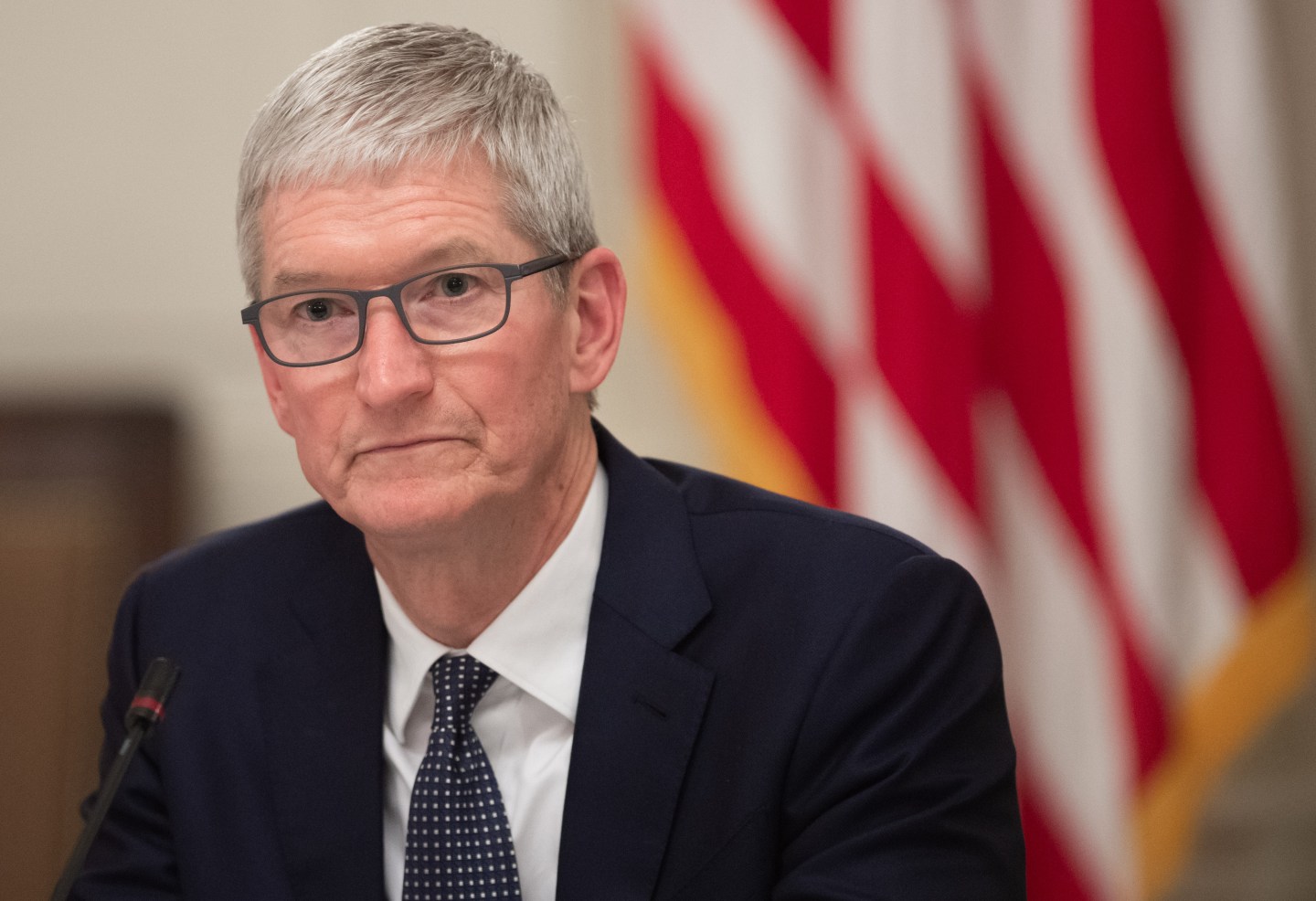 As a general principle, waging war against Apple doesn’t end well for enemy combatants. Just ask Meta, Google, Spotify, and Epic Games, among many, many others. (Anyone remember Adobe Flash?)

But Elon Musk, the latest thorn in Apple’s side, is no ordinary fighter. And if he’s got the stomach, savvy, and bankroll to play his cards right, Twitter’s new owner stands a fighting chance of winning one over on Tim Cook and company.

Musk fired opening shots Monday at the world’s most valuable company, railing against Apple for three sins against Twitter: scaling back its ad buy on the platform; charging a 30% fee on in-app transactions; and threatening to remove it from the App Store without explanation.

Musk didn’t provide evidence to support his claims of Apple reducing its ad spending and imperiling Twitter’s place in the App Store, and Apple hasn’t commented on the accusations. Bloomberg, citing a source familiar with the matter, confirmed Apple has trimmed its Twitter ad buy.

Apple is free to allocate its marketing budget however it pleases. Apple’s ability to charge 30% transaction fees, long derided as excessive by developers, were recently upheld by a federal court as legal. And Apple is under no obligation to distribute apps that violate its rules for policing illegal and objectionable content, the most likely reason for Twitter potentially getting booted from the App Store.

Musk does, however, have the unique power to potentially change the rules of the game—and cost Apple billions of dollars in the process.

For more than a year, members of Congress have debated the Open App Markets Act, a piece of legislation that would dramatically weaken the app store duopoly of Apple and Google. The bill would force both outfits to allow competing app stores—including those with lower transaction fees and more lenient rules of operation—onto their respective iOS and Android mobile operating systems. (Apple executives counter that it would weaken user privacy and undermine systems prized by consumers.)

The Open App Markets Act breezed through the Senate Judiciary Committee in February with broad bipartisan support, but it never received a floor vote during the summer and didn’t gain traction in the House.

Senate Majority Leader Chuck Schumer has claimed the legislation lacks the 60 votes needed to break a filibuster, while the bill’s lead sponsors and staunchest advocates argue it has the necessary support. The disconnect has led to allegations that Schumer is protecting Big Tech giants, who have donated generously to Democrats, while House Majority Leader Nancy Pelosi is avoiding an issue that could hurt her California delegation.

Time reported earlier this month that Open App Markets Act sponsors still hope to pass the bill during Congress’s lame duck session, which ends in mid-December. White House officials said they support the effort, though the legislation still isn’t on either chamber’s calendar.

As the newly anointed crown prince of the culture war right, Musk could galvanize a Republican base already riled up about Big Tech’s undue influence. His Apple offensive certainly drew the attention of the GOP’s top Twitter warriors Monday.

If Musk can turn Apple’s influence into a grass-roots issue, one that GOP legislators can’t ignore, he could inspire an unlikely marriage of Republicans and Democrats who despise the concentrated power of Big Tech. Get the coalition big enough, and congressional leadership could have a tough time keeping legislation off the calendar.

Will Musk ultimately turn the Open App Markets Act into law? I still wouldn’t bet on it.

If Schumer and Pelosi haven’t docketed the bill by now, odds are they won’t in the next three weeks. And come January, the newly empowered Republican House majority likely will be led by legislators—including current House Minority Leader Kevin McCarthy and House Judiciary Committee ranking member Jim Jordan—who have opposed the legislation.

In the meantime, Apple executives will work to cool tensions and keep Twitter available in the App Store. Musk likely will get in line, too, given that he would incur enormous losses if Twitter disappeared from millions of iPhones.

Even if Musk loses the battle of the day, though, the fight over Apple’s power isn’t going away. In Musk, Apple faces a formidable new foe, one who could still influence the outcome of the war.

A win for clarity. British lawmakers removed a controversial provision Tuesday from their signature online safety bill, nixing language that would have required tech companies to remove “legal but harmful” content from their platforms, the BBC reported. Critics of the clause argued the requirement was overly vague and would chill free speech online. The proposed legislation still includes mandates to take down illegal content and prevent children from viewing harmful material.

Put the PJ’s away. Snap became the latest company to order employees back into offices, issuing a mandate that workers must spend at least 80% of their time in company facilities. In an internal memo obtained by Bloomberg, Snap CEO Evan Spiegel wrote that working from home has meant “we’ve forgotten what we’ve lost—and what we could gain—by spending more time together.” The decision follows a brutal year for the Snapchat parent, which has seen record-low revenue growth and a 79% decline in its stock price year to date.

A slap over sanctions. Cryptocurrency exchange Kraken agreed to pay $360,000 to settle a Treasury Department case alleging violations of federal sanctions law tied to transactions by customers in Iran, the New York Times reported Monday. Treasury Department officials said Kraken facilitated nearly $1.7 million in crypto transactions by users in Iran between 2015 and 2019, despite U.S. sanctions prohibiting the export of services to the republic. Kraken executives said they have taken steps to improve compliance with federal laws in recent years.

Going underground. Here’s an awfully interesting story about the Boring Company. The Wall Street Journal reported Monday that Elon Musk’s underground tunneling outfit has tempted multiple cities with plans to undertake massive infrastructure projects, but subsequently backed out with little notice or explanation. Officials in the Los Angeles, Chicago, and Baltimore areas, among others, said Boring Company executives dazzled them in recent years with proposals for alleviating traffic through cheap, quick-to-construct tunnels. Yet to this day, the Boring Company has completed only one project, an underground path under the Las Vegas Convention Center, and abandoned other pitches.

The six-year-old company has repeatedly teased cities with a pledge to “solve soul-destroying traffic,” only to pull out when confronted with the realities of building public infrastructure, according to former executives and local, state and federal government officials who have worked with Mr. Musk’s Boring. The company has struggled with common bureaucratic hurdles like securing permits and conducting environmental reviews, the people said.

“Every time I see him on TV with a new project, or whatever, I’m like: Oh, I remember that bullet train to Chicago O’Hare,” said Chicago Alderman Scott Waguespack. Boring had backed away from its proposal for a high-speed tunnel link to the airport there.

In 2020 Sam Bankman-Fried tweeted about a VC ‘horror story.’ Now that investor reveals what he saw at Alameda Research—and why he walked, by Luisa Beltran

Find me on LinkedIn: How Twitter’s upheaval and a looming recession could prove fruitful for the professional network, by Lila MacLellan

Crypto had a bad month, and so did Peter Thiel, by Jeff John Roberts

Fundstrat saw Bitcoin hitting $200,000 before it fell to $16,000. Here’s why they’re still hopeful after a ‘horrific year’ for crypto, by Alena Botros

Rolls-Royce is building a clean-energy airplane engine, and it just passed its first major test, by Prarthana Prakash

Lording over lessees. For some renters, never speaking to a landlord might sound like a dream. But high-tech real estate companies are taking this idea to the extreme, completely cutting out property managers in favor of online tools and services, VICE reported Tuesday. A handful of firms have started rolling out systems that automate the entire home rental process, with no need for an on-the-ground assistant (the one exception: maintenance workers). The approach cuts down on costs for institutional investors buying up residential real estate, though the tactic has squeezed out lower- and middle-income families looking for properties in recent years.