In 2020 Sam Bankman-Fried tweeted about a VC ‘horror story.’ Now that investor reveals what he saw at Alameda Research—and why he walked 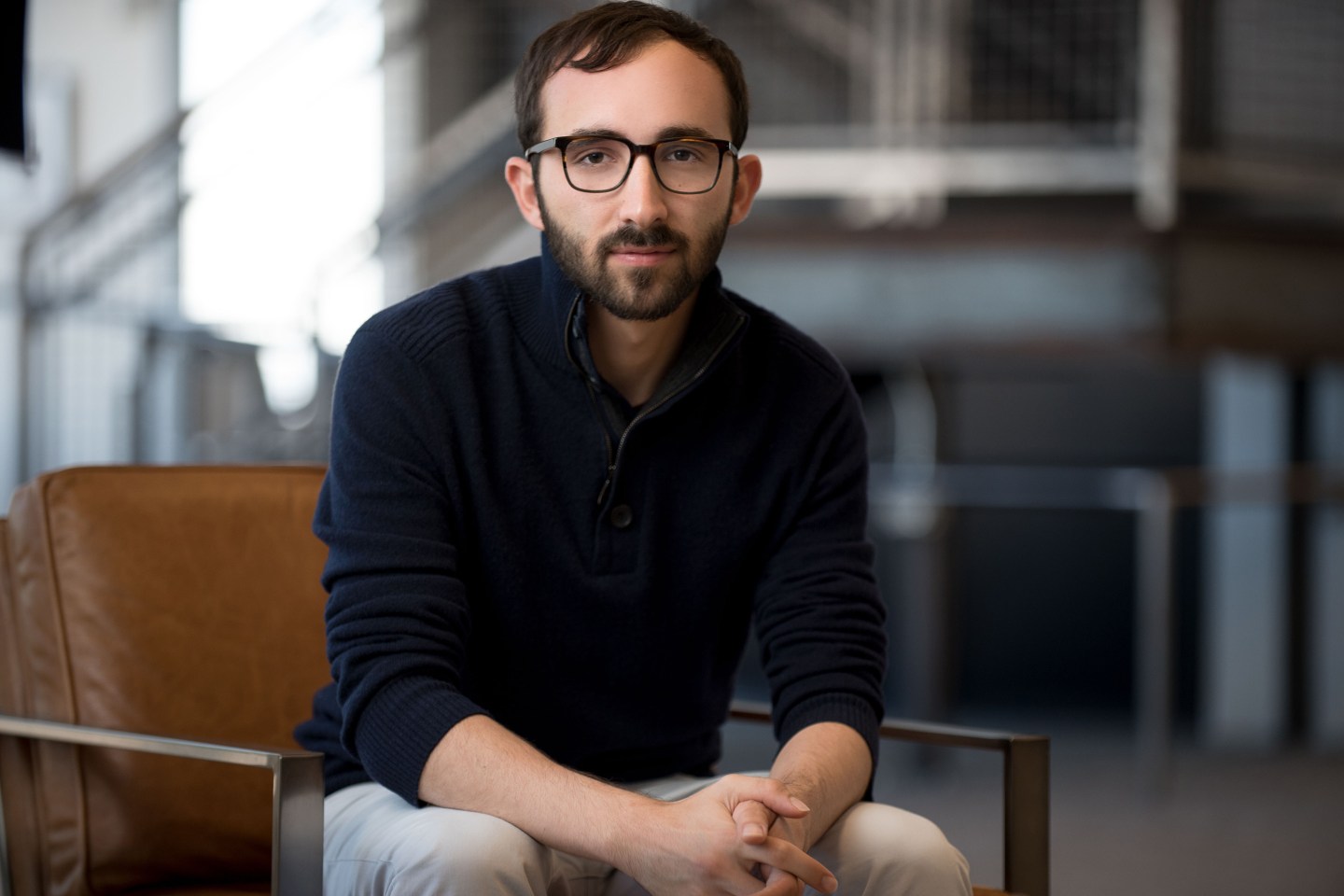 Gallons of ink have been spilled on the venture capital firms that ignored the red flags surrounding Sam Bankman-Fried and his crypto firm FTX. But there were some who saw problems—and actually heeded those warning signs.

Consider Alexander Pack, a managing partner at crypto startup investor Hack.VC, who said he met Bankman-Fried in November 2018, according to an interview with Fortune. At this time, Pack was a managing partner and cofounder of his prior firm, Dragonfly Capital, an early-stage investor of blockchain companies. Bankman-Fried had just launched Alameda Research, a quantitative trading firm, and Pack was in talks to be the firm’s first institutional investor.

Pack said he and his Dragonfly team met with Alameda executives, including Bankman-Fried, more than a dozen times over a five-to-six-month period from 2018 to 2019. Pack said he found the young founder, then in his twenties, very charismatic and captivating. “He seemed like one of the smartest people I’ve ever met… He looks different from everybody else; he thinks different from them. So yeah, I was very taken with him. We all were. That’s why we spent so much time and were so interested in it.”

Pack visited Alameda’s offices in Berkeley, Calif., and in Hong Kong, which he said were filled with twentysomething employees. But that’s not unusual, since many startups are launched by young people, he said. Pack did briefly meet Caroline Ellison, who went on to become Alameda’s CEO, but she was just a trader back then.

At first things were good, but then, he said, red flags began popping up. Pack, during those months of due diligence, noticed that Alameda’s profits were dropping by a few percentage points each month, he said.

When Pack questioned Bankman-Fried, he says the founder confessed that most of his time, and most of his senior team’s time, was being spent on a new exchange they were building. They didn’t have time to focus on the algorithms [for Alameda] and trading was somewhat running on autopilot. “So, we’ve been losing a little bit of money,” Pack said Bankman-Fried told him.

Dragonfly, led by Pack, has backed crypto exchanges like Bybit, while Pack himself has invested in CoinDCX. He was interested in SBF’s new exchange, but Bankman-Fried balked and supposedly told Pack he couldn’t invest in the separate business. Bankman-Fried, he says, haggled, telling Pack he would have to pay more if he wanted exposure. “And that was a big red flag, obviously for our investment,” Pack said.

As an early-stage investor, Pack and his team will typically back a founder and everything they’re working on, he said. But if a founder takes funding and uses those monies on something that the VC knows nothing about, or doesn’t have ownership, this is worrisome, Pack said, calling it “a real conflict.”

There were also instances of trading errors, which resulted in losses, he said. In one, Alameda execs forgot to close out a trade, losing a “ton of money” on an altcoin that went down some 90%, Pack remembers. Alameda lost around $15 million on this series of trade errors, Pack recalled. After questioning, it took some months before Alameda execs opened up about the trading losses that caused several executives to leave, he said.

Tara MacAulay, who helped cofound Alameda with Bankman-Fried in 2017, said in a Nov. 16 Twitter thread that she exited the trading firm in April 2018 along with several others “in part due to concerns over risk management and business ethics.”  MacAulay went on to launch Lantern Ventures, where she is CEO, and Pharos Fund. (Pharos is an affiliate of Lantern Ventures, holding about $400 million under management. Pharos USD Fund is one of the largest creditors for bankrupt crypto lender Celsius Network, Fortune has reported.) “We have never had any connection to Sam, FTX, or Alameda, except for recently starting to trade on FTX with small size. I have not even spoken to Sam since 2018,” MacAulay said in the tweet thread. (MacAulay’s LinkedIn page doesn’t include any mention of Alameda, but she is listed as the former CEO for the Center for Effective Altruism from September 2017 to January 2018, as well as COO from March 2015 to September 2017. Bankman-Fried was director of development for the Center for Effective Altruism for two months from October to November 2017, according to his LinkedIn page.) MacAulay could not be reached for comment.

At this point, Pack said, he was “pretty freaked” by the risky and unethical behavior that he did not want to be part of. He also recalls Bankman-Fried taking big risks with trading, losing $5 million to $10 million at a time in a very emotionless way, almost as if he was playing a video game.

Dragonfly had planned to invest a couple million dollars, but diligence for the possible Alameda investment went on longer than usual. This was because Pack and his team kept learning new things. Negotiations became very aggressive and tough because Bankman-Fried kept changing the core terms, Pack said. For example, he insisted that FTX was a different venture that deserved a separate, and much higher, valuation. But Pack believed it was the same venture since same it was the same team, IP, and resources at Alameda building it. “[It] was just a shell game with what we were investing in and what we weren’t. And the red flags just sort of kept adding up,” Pack said.

Pack said he never discovered actual fraud, but there was deception as well as lies by omission. “There was no auditor. He just showed us chaotic spreadsheets,” Pack said. Fortune reviewed the documents, called “Alameda breakdown confidential,” which were difficult to understand and included a note from the startup saying that it “didn’t have any good recordkeeping” during its first few months. (Separately, Fortune viewed FTX documents the exchange used to pitch investors during their fundraising rounds. The documents were basically homespun Excel spreadsheets, that were complicated and very confusing, and didn’t provide a clear accounting of how FTX was valuing its various tokens and liabilities.)

It was also unclear at the time where Bankman-Fried got the seed funding to launch Alameda, Pack said. Bankman-Fried received loans for trading capital from wealthy members of the Effective Altruism community, of which Bankman-Fried was said to be a follower. “He wouldn’t tell us who [the investors] were because he didn’t want us to talk to them,” Pack said.

Bankman-Fried thought if the seed investors knew he was considering taking venture funding, they might redeem their money, Pack said.

Pack asked him how he would deal with the situation. “And Sam said, ‘Oh, I probably just won’t tell them at all. You know, we’ll keep it secret. We’ll figure out some way to keep it secret.’”

Pack realized that the FTX founder could easily keep valuable information from him as well. “That was definitely one of the flags,” he said.

Bankman-Fried, of course, has a different interpretation of the interactions with Dragonfly. The FTX founder confirmed to Fortune that Dragonfly was one of the venture firms he alluded to in a 2020 tweet about a “horror story” he had with a would-be investor. Bankman-Fried said he felt that Dragonfly was deceptive, while Alameda was transparent about who they were and what expectations there were. The money offered was also lower than what Alameda wanted, and the bid was rejected. A few months later, Dragonfly returned and asked to participate in the FTT presale, which was at a significantly higher implied valuation than what the VC had bid for everything before, Bankman-Fried said. “We said no,” he said in the tweet.

Negotiations to invest in Alameda petered out, Pack said. For roughly a year, Alameda and FTX Ventures would not invest in a company if Pack or Dragonfly were involved, he said. “They are invested in lots of stuff, it was very active operation,” he said. FTX and FTX US, the VC arm FTX Ventures, and Alameda have made more than 200 investments, Fortune has reported.

Pack called the FTX bankruptcy, which included Alameda Research, and about 130 affiliated companies, “an incredible catastrophe.” More than 1 million creditors are expected to be impacted.

But when it comes to the lack of oversight of FTX, it’s not so clear who is responsible. FTX investors included some of the most well-known venture firms like SoftBank, Tiger Global Management and Sequoia Capital, that have come under scrutiny for their lack of diligence.

Pack thinks it is unfair to completely blame the VCs, many of whom performed diligence just like Pack. He pointed to a Nov. 17 statement from Temasek, which invested a combined $275 million in FTX International and FTX US. The Singapore investment firm conducted eight months of diligence, including reviewing FTX’s audited financial statement that showed it to be profitable. Temasek has written down its full investment in FTX, according to the statement. “It’s hard to deal with an investment where the founder is lying through his teeth to you,” Pack said.

Bankman-Fried is a smart guy who learned from his dealings with Pack and Dragonfly. The FTX founder showed Dragonfly all of his numbers and eventually answered all their questions, Pack said. “I think he just got smarter about how to hide the red flags,” Pack said. “He learned a lot probably about what to do and what not to deal with investors in the future.”

Maybe next time the investors will learn as well.