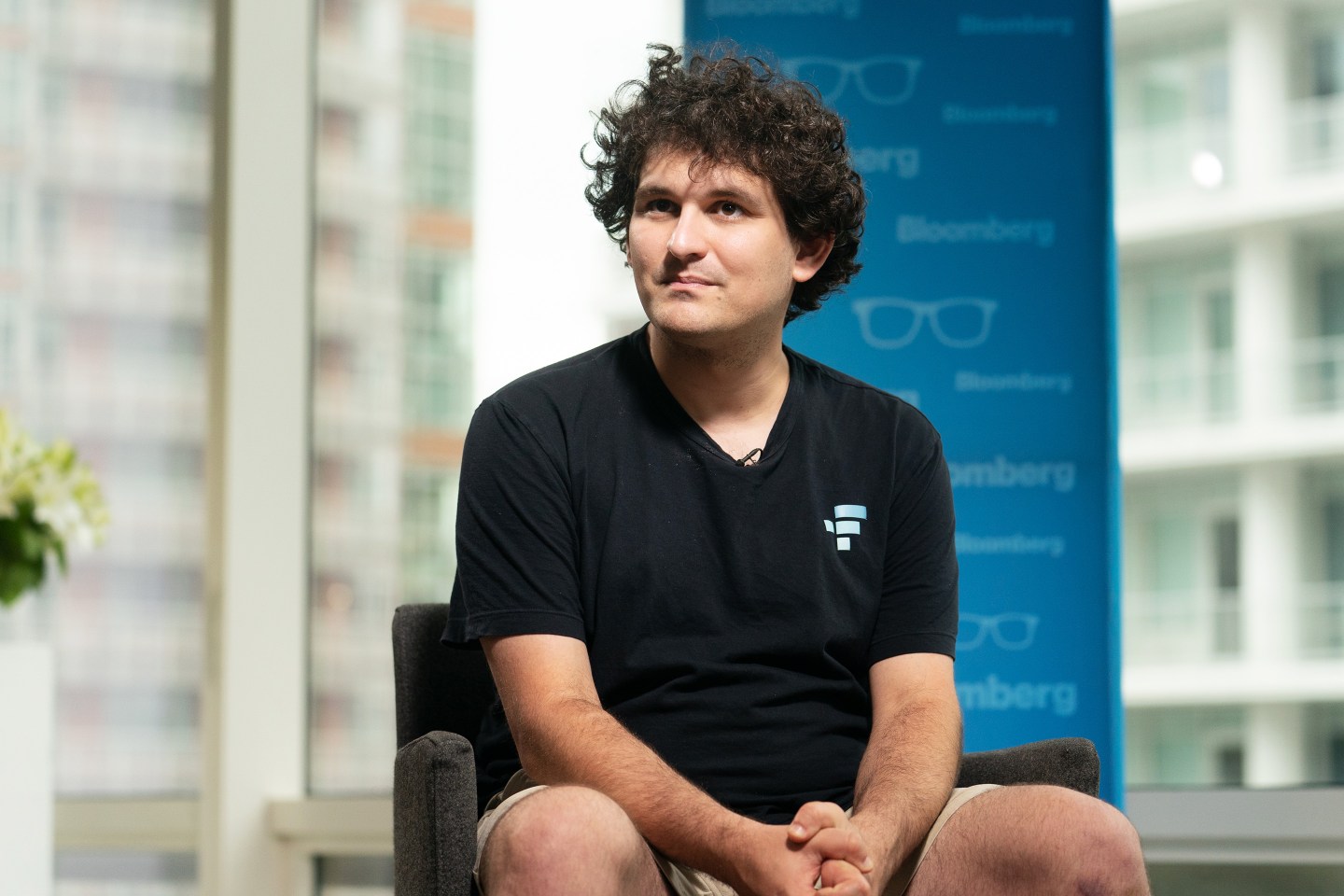 The close ties between crypto exchange FTX and its affiliated trading firm, Alameda Research, were well known throughout the industry, investors and industry executives have told Fortune.

Alameda was a quantitative trading firm founded by Sam Bankman-Fried in 2017. The company, known for aggressive trading strategies, offered crypto trading in every market and was led by CEO Caroline Ellison. In 2019, FTX spun out of Alameda and was backed by some of the biggest names in the venture world, including Tiger Global, SoftBank, and Sequoia Capital. The exchange was valued at $32 billion in January, which is notable since venture funding rounds at that time had started to decline. FTX had about 1 million users and employed roughly 300 people, including U.S. and international, a spokesman said Thursday.

Bankman-Fried, who owned a majority of FTX and Alameda, was a media star for much of 2022, appearing often on CNBC and Bloomberg, as well as on the cover of Fortune. The 30-year-old billionaire also became known as crypto’s lender of last resort, bailing out BlockFi and lending money to Voyager Digital.

Who is Caroline Ellison?

But by comparison, not much is known about Caroline Ellison, who hails from Boston, is the twentysomething daughter of economists, and graduated from Stanford University in 2016 with a degree in mathematics. Ellison, in a podcast recorded while she was a trader at Alameda (she became CEO in July 2021), spoke of her childhood love of Harry Potter. (She could not be reached for comment on this story.)

Her lack of experience was evident. Ellison said she didn’t set out to become a trader and didn’t know what to do with her life: “What do math majors do? I guess I’ll apply to some internships with some trading firms, see how that is.” In September 2016 she landed a job at Jane Street, a quant trading firm where Bankman-Fried also had worked, after she completed two internships. Less than two years later, Ellison joined Alameda in March 2018 after meeting with Bankman-Fried, who had just launched the firm. “I decided it was too cool of an opportunity to pass up,” she said at the time.

Ellison went from trading equities at Jane Street to crypto at Alameda, according to the two-year-old podcast. Her year and a half of trading experience actually was more than many Alameda peers, but she also admitted that it took “a lot of adjustments” with the “most obvious big thing is that the equity markets are way more efficient than crypto markets.” Her new role required Ellison to keep capital on 20 different exchanges, in different wallets, and she said she was worried about “the probability that my money was going to get stolen.” Ellison was used to making decisions that were circumscribed, but after joining a small startup with a few people, she realized that a “bunch of decisions have to be made and someone has to make all of them, a lot of them are really uncertain.”

“Everyone in crypto knew”

Earlier this year, rumors began circulating of Alameda’s insolvency after Terra’s LUNA, an algorithmic stablecoin; the crypto bank Celsius; and Three Arrows Capital, the hedge fund, each failed, said Cory Klippsten, founder and CEO of Swan Bitcoin, a financial services company. Klippsten is not an investor in FTX or Alameda but has posted several tweets critical of Bankman-Fried and FTX since March.

FTX extended loans to Alameda using money that customers had deposited on the exchange for trading, the Wall Street Journal reported Thursday. Alameda currently owes FTX about $10 billion, which is more than half of FTX’s $16 billion in customer assets, the story said. Ellison, in a video meeting with FTX employees last week, said that she, Bankman-Fried, and two other FTX executives were aware of the decision to send customer funds to Alameda, the WSJ said. FTX declined to comment.

“There was no Chinese wall between FTX and Alameda,” said Klippsten, who saw the balance sheet that showed Alameda had more than $5.82 billion worth of FTT tokens, which was 40% of its total assets. The $5.82 billion included $3.66 billion that was “locked,” or completely illiquid, Klippsten explained. “These FTT tokens, which were created by FTX out of thin air, are extremely illiquid, and inherently worthless.”

CoinDesk’s reporting on the balance sheet caused a bank run. FTX began imploding early last week after seeing customer withdrawals of about $5 billion. But FTX had liquidity to fund only 80% of that at 1.7 times leverage, Bankman-Fried said in a tweet. On Wednesday, rival Binance pulled out of plans to buy FTX. Two days later, FTX, Alameda Research, and about 130 affiliated companies filed for Chapter 11 bankruptcy protection in Delaware on Friday. Bankman-Fried resigned as CEO, while Ellison also appears to be out of a job.

It’s not immediately clear which of the portfolio companies are included in the bankruptcy. FTX and FTX US, the VC arm FTX Ventures, and Alameda have made more than 200 investments, Fortune reported. Alameda made 184 deals, including investments in Solana and Stocktwits, while FTX Ventures’ 48 transactions include SkyBridge Capital and Dave. FTX has 21 investments, including Circle and Liquid Global.

“Everyone in crypto knew [FTX and Alameda] were married at the hip. Anyone could see that,” an FTX investor who requested anonymity told Fortune.

One private equity executive, who declined to invest in FTX because its valuation didn’t make sense, noted that payment for order flow, or PFOF, is typically not used by crypto trading firms. This is different from equities where online brokers like Robinhood Markets aggregate trades from their partners and channel them to market makers like Citadel Securities, Susquehanna International Group, and Wolverine Holdings, and collect a fee, according to a Nov. 3 10-Q regulatory filing. The process allows online brokers to offer consumers “free” trading but sometimes at the “cost” of not getting the best price. Regulators like the Securities and Exchange Commission have scrutinized the use of PFOF by online brokers because of potential conflicts of interests.

But firms trading in crypto generally don’t use PFOF. “It’s a spread or a commission business,” notes Dan Dolev, a senior analyst in fintech equity research at Mizuho Securities USA. For example, rather than PFOF, Kraken charges fees on client trades that are calculated as a percentage of the trade’s quote currency volume, a spokeswoman said. Coinbase also doesn’t use PFOF but charges commissions on trading. But Robinhood champions the use of PFOF in crypto, claiming that sending orders to trading venues provides competitive prices.

Alameda acted as a market maker, and with no PFOF, it possibly had preferred access to FTX trades or other preferential access to FTX, the private equity executive told Fortune. This could have included better visibility into what clients were doing. “Without PFOF in the [crypto] industry, one wonders about the market maker relationship with exchanges, and people always wondered about the FTX/Alameda relationship especially since they were jointly owned by Sam,” the exec said. Could Alameda have seen orders piling up on FTX to sell a coin, which allowed it to take that information and front run the trades? “It’s definitely possible that they would’ve had advantaged access to see what was happening,” the exec said. (No one at Alameda could be reached for comment, and the website has been taken offline.)

Interestingly, at least in hindsight, that relationship was one of the reasons some investors said they thought FTX was unlikely to stumble. “They had one of the greatest backstops—a super-profitable crypto exchange connected to the No. 1 trade maker in crypto,” the investor said. With the implosion of FTX, this investor’s stake, once valued in the millions, was wiped out.