Find me on LinkedIn: How Twitter’s upheaval and a looming recession could prove fruitful for the professional network 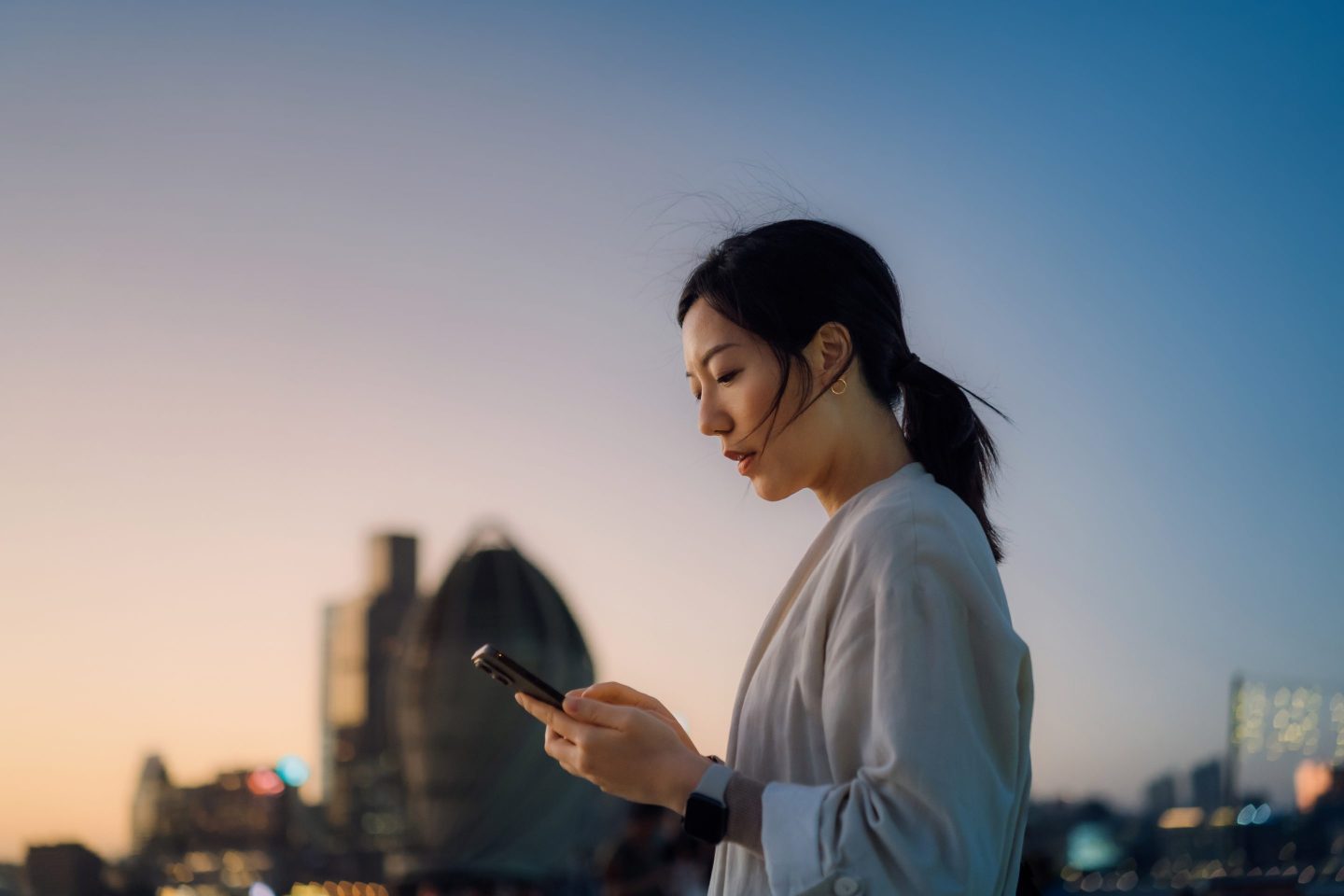 LinkedIn has seen a 100% increase in traffic over the past several months.
Getty Images

When Elon Musk’s $44 billion Twitter acquisition closed in late October, the Canadian researcher Alex Haagaard tweeted a proposal, forgoing punctuation the way people do on the platform: “Since we’re all talking about leaving Twitter again can I bring back the idea of migrating to LinkedIn en masse and just totally destroying the professional vibe over there,” they wrote.

Fearing that Musk’s policies will further enable hate speech and misinformation on the site, Twitter users have spent the last month publicly debating whether to leave or hang on until it possibly dies of natural causes, starved of support from engineers and advertisers. With a growing list of users departing Twitter daily, the hunt is on for the next platform to fill the void Twitter’s death would create for its 300 million monthly active users.

Mastodon has emerged as a favorite alternative, though some Twitter power users have asked their followers to find them on Post, Instagram, Signal, or Discord. Still others are flocking to LinkedIn.

That might sound strange. After all, the professional jobs site is an “irony-free zone,” as one New York City employee told me recently, calling it “the worst social media site,” filled with forced positivity and career showboaters. But the platform’s latest changes put it in the running to become the internet’s next town square.

Consider, for one thing, how the tone of conversation on LinkedIn has seemingly shifted, along with our collective idea of “professionalism.” The pandemic ushered in a new era of workplace authenticity—i.e., bringing one’s full self to work—and as employees let down their guard, the range of topics deemed acceptable LinkedIn fare also broadened. The requisite job announcements and humblebrags persist, but are joined by confessions about burnout, photos of rescued dogs, kids in Halloween costumes, TMI recounts of medical procedures, and, famously, tearful CEOs.

LinkedIn has also become the forum for normalizing job loss following mass layoffs at Meta, Twitter, Amazon, and several other large companies. To be sure, some topics remain taboo, as a sex worker on LinkedIn discovered this summer. But by and large, the site has become a little less buttoned-up and a little more personal and political.

Most of the site’s highlighted posts still touch on workplace-adjacent matters, but that leaves room for a wide range of conversations. The topics that people care about already bleed into business, intersecting with workplace and career concerns: racial and social justice, human longevity, inflation, the economy, fashion, romance, the rise and fall of crypto kings, management trends, human rights and oppressive regimes, the struggle to find childcare, and on and on.

Over the past few years, LinkedIn has unveiled features that encourage self-promotion, elevate influencers, and nudge members to post more self-made content, including newsletters. It also expanded its LinkedIn News department, becoming a vital publishing partner for news organizations. These are the hallmarks of a transformation from social network site to social media platform.

But even before these rollouts, LinkedIn and Twitter users were both focused on work, just to varying degrees, says Jiyoung Cha, associate professor of communication and digital media at San Francisco State University. In 2017, she coauthored a study of people’s motivations for using LinkedIn, Twitter, and Facebook and found that users saw the first two as virtual spaces for professional advancement and networking.

Career progression was the most salient reason people visited LinkedIn, while the top reason people used Twitter was for “entertainment and boredom relief.” Still, Twitter has allowed professionals to find like-minded souls who share a niche interest in a particular deepwater seagrass, the latest science about indoor air, or a fondness for snarky quips. It’s historically been an all-purpose watering hole.

LinkedIn, on the other hand, may not yet be known for mixing career ambitions and humor—at least not intentional humor—but some say comedy, particularly satirical content that pokes fun at the navel-gazing world of work, could be part of its future. It’s not unimaginable that some of the professional camaraderie that lives on Twitter, contributing to the sense that it’s the place to be, could also thrive on LinkedIn.

“One of the unique things about Twitter was that you could be yourself. You could engage to an extent in fun, silly things, as well as serious things,” says Jean Burgess, a professor of digital media at Queensland University of Technology and coauthor of Twitter: A Biography. Though she doesn’t see any one site replacing Twitter, she has noticed that LinkedIn is slowly morphing and becoming more “Twitter-like.” LinkedIn has gone from being “a pretty soulless, corporate” platform over the past five years to one that recognizes its users have more going on in their lives than work, she says. If Twitter continues on its current path, Burgess predicts that professionals of all stripes—academics, scientists, lawyers, writers—may not feel safe openly sharing their views and ideas.

A legitimate town square also needs people—and LinkedIn has collected plenty of those in its 19-year history. The Microsoft-owned company says it has 875 million members in more than 200 countries, though it doesn’t disclose how many visit the site regularly.

“What we can share is that we’ve continued to see record engagement over the last several months,” a spokesperson told Fortune in an email, adding that the site has seen a 100% increase in users sharing “helpful knowledge, ideas, and advice for improving how you work.” Mastodon is fast-growing too, but the numbers don’t compare: It recently reached a milestone of 1 million monthly active users.

LinkedIn could grow even bigger as Twitter becomes more off-putting for users. When people began quitting Facebook four years ago, turned off by the Cambridge Analytica scandal and other revelations about the social media site’s role in U.S. and global politics, LinkedIn saw a spike in traffic. And if the economy enters a prolonged downturn, LinkedIn could again stand to benefit. Job seekers flooded the site after the 2008 financial crisis, doubling its traffic.

Then again, there are plenty of reasons LinkedIn may never be truly Twitter-esque and would hardly seek that fate.

For one thing, LinkedIn is widely trusted as a source of information despite its recent problems with fake profiles and an ethically dubious social experiment. That trust is an invaluable asset the company is unlikely to put in jeopardy by becoming a cooler, chattier site.

LinkedIn also has more incentive than other social media sites to prioritize quotidian conversations over spirited, edgy debate or real-time news and gossip. Its business services and subscriptions generate most of its revenue, with advertising comprising a smaller share of income. Compare that to the traffic-reliant Twitter, which earns roughly 90% of its revenue from ads.

“LinkedIn has a pretty unique niche that I think is sustainable, and if it were to push posts with limited characters, it would get pushed into this other world where they’re not able to stand out as much as they can now,” says Michael Dambra, associate professor of accounting and law at the University at Buffalo School of Management.

That LinkedIn has become the adult with a nine-to-five among social media sites isn’t that surprising given its raison d’être. When your professional profile is linked to every comment you make, you’re more apt to be on your best behavior. But while the reputation management that LinkedIn requires might mean there are fewer flat-earthers ready to doxx folks they dislike, it also presumably leads others to suppress valid opinions. And to become a watering hole, a site needs authentic, no-holds-barred voices.