Everything you need to know about Mastodon, the upstart rival to Elon Musk’s Twitter 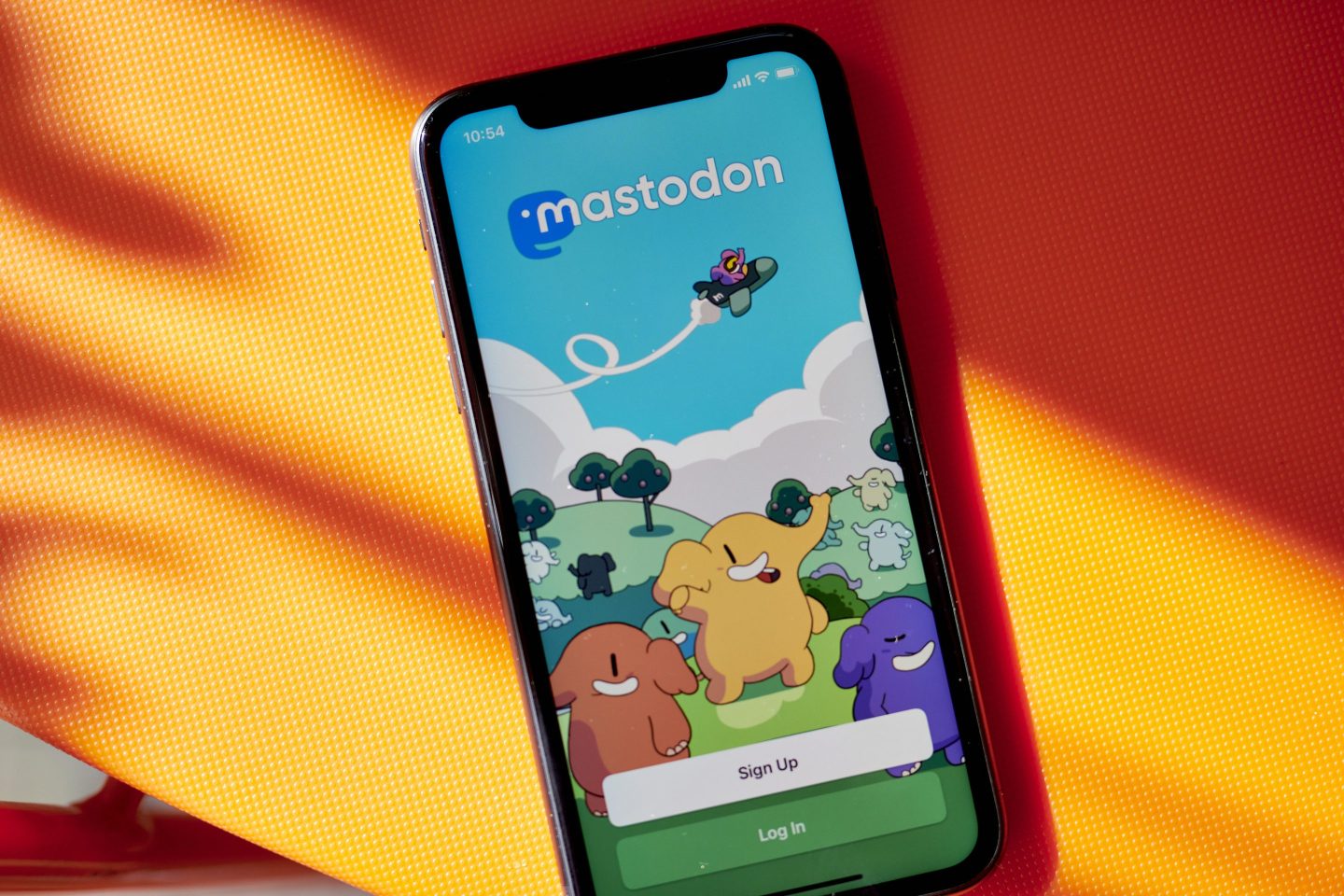 In August Jack Dorsey was struck with a pang of remorse. The greatest sorrow he had about cofounding Twitter was commercializing the microblogging service rather than turning it into a nonprofit decentralized platform.

“The biggest issue and my biggest regret is that it became a company,” he tweeted.

Now that Elon Musk has taken over his creation, disbanded its board of directors, fired half the workforce, and eliminated entire teams tasked with everything from human rights to artificial intelligence ethics, users are rattled.

Fearing it will become the “hellscape” Musk promises it won’t be, a number are actively shopping around for an alternative, and one has emerged that neatly fits with Dorsey’s utopian vision—Mastodon.

Whereas Twitter is a perfect example of the World Wide Web in its second generation, when corporations took control of virtual internet monopolies, Mastodon—the decentralized platform created by Eugen Rochko—incorporates many of the anti-statist ideals of Web3 and the metaverse.

First off, it’s free to join, there are no ads, and no one is harvesting your data to sell to the highest bidder.

The network is maintained by a series of independently operating—yet linked—servers often grouped by interest or geography. While certain hosts may have more users, like Mastodon Social, posts can be shared and read by all. Switching servers is also optional.

Nevertheless, it offers many of the same features as Twitter.

Posts are called “toots”—like the trumpeting sound its animated elephant mascot might make, only quieter—and can be even longer with 500 characters rather than limiting them to 280. Reposting is called a “boost,” and likes are stars instead of hearts.

Ever since Musk took over Twitter on Oct. 27, Mastodon has doubled in size.

How does it work

Although it’s perhaps the best known, Mastodon is just one of a number of open-source social media platforms. There’s also a streaming competitor to YouTube called PeerTube, as well as Pixelfed, an Instagram-like app, and of course a Facebook equivalent known as Friendica.

Since they all share the same basic software protocol called ActivityPub, users can communicate with each other not just between Mastodon servers but indeed across the various platforms themselves, creating a broader ecosystem known as the federated universe.

For those familiar with blockchain technology, there are a number of similarities given the distributed nature of this “fediverse.”

Just as anyone can choose to help collectively maintain the integrity of Bitcoin by validating transactions, anyone can offer to host his or her own server on Mastodon and act as another node in the network.

Similar to a decentralized autonomous organization (DAO), these servers—or “instances” as they are called—can feature their own peculiar governance as to what behavior is permissible and what is not.

Unlike validator nodes in blockchain networks, however, such hosts do not receive monetary rewards for their efforts. Instead, they are largely crowdfunded.

Rochko himself began working on the project in 2016 mainly as a hobby before Patreon donations allowed him to focus on it full-time.

What about free speech?

Since Mastodon’s various servers act independently with their own unique terms of service, in theory, users can post whatever they want. But in practice the collective regulates itself.

And if a server pops up that exhibits the type of free-for-all found on alt-right forums like 4Chan and 8Kun, they can soon find themselves isolated. Other hosts can decide they no longer wish to receive any messages from that party and block it on their end.

“I guess you could call it the democratic process,” Rochko told Time in an interview this week. “The hateful server can get ostracized.”

This approach reflects his German nationality. He said the American concept of saying anything you want without limits is foreign to the country’s mindset following the Holocaust. Rochko himself is of Jewish heritage.

“In our constitution, our number one priority is maintaining human dignity. And so hate speech is not part of the German concept of free speech,” he said.

Meanwhile, Musk is busy putting out the very fires he set in an attempt to amplify what he perceived were marginalized conservative voices on Twitter.

Alarmed by his increasingly erratic behavior, including spreading conspiracy theories regarding Nancy Pelosi’s husband, advocacy groups such as those supporting minorities like the NAACP have called for a boycott.

Ad agencies representing consumer brands voiced their disappointment in his actions after meetings with his teams, and corporate giants like General Mills, Mondelez, and Pfizer have paused spending on the platform.

Twitter suffered a “massive drop in revenue,” Musk complained on Friday, exactly one week after he entered its headquarters lugging a porcelain sink as a gag. Yet rather than pursuing introspection, he blamed opponents bent on destroying free speech despite doing “everything we could to appease the activists.”

Mastodon’s growing base has consequently not gone unnoticed by Twitter’s new owner. Musk, who is not above reaching for teenage locker room jokes, posted on Monday a pun targeting the rival upstart.

Does it have a future?

How likely is it then that Mastodon can succeed in presenting a true alternative to Twitter?

While there is no algorithm that can amplify certain posts over others and no ads to distract users, there are drawbacks.

For one, the experience is less immediately intuitive than a centralized platform’s owing to its federated nature. As a result, trying to sign up can be confusing and even a bit daunting at first: New users must be prepared to overcome an initial hurdle.

Secondly, even with doubling to 1 million monthly active users, its user base is still a fraction of the 238 million or so that open Twitter every day. Growth even hit a new peak thanks to Musk, reported The Verge on Monday, citing an internal document.

Since it is unlikely many will abandon their Twitter account wholesale, that gives Musk the opportunity to improve his platform. He will no doubt will have his team working day and night to come up with new features he hopes will offer better value.

One advantage going for Mastodon that may soon disappear is that Twitter thus far has not rewarded its top accounts with a portion of its revenue. Individuals like Musk himself, with his 100-million–plus followers, were driving traffic to the site but were never compensated for their time and effort.

For example, YouTube offers content creators a 55% share of the ad revenue generated from their posts, and TikTok has similar policies that split their profits to encourage more posts.

Musk has already signaled he will draw up a detailed plan for how to better incentivize users to remain on Twitter. Should they prove effective, some of the top users and creators may be tempted to concentrate their efforts on Twitter rather than spend their valuable time on Mastodon.