Rolls-Royce is building a clean-energy airplane engine, and it just passed its first major test 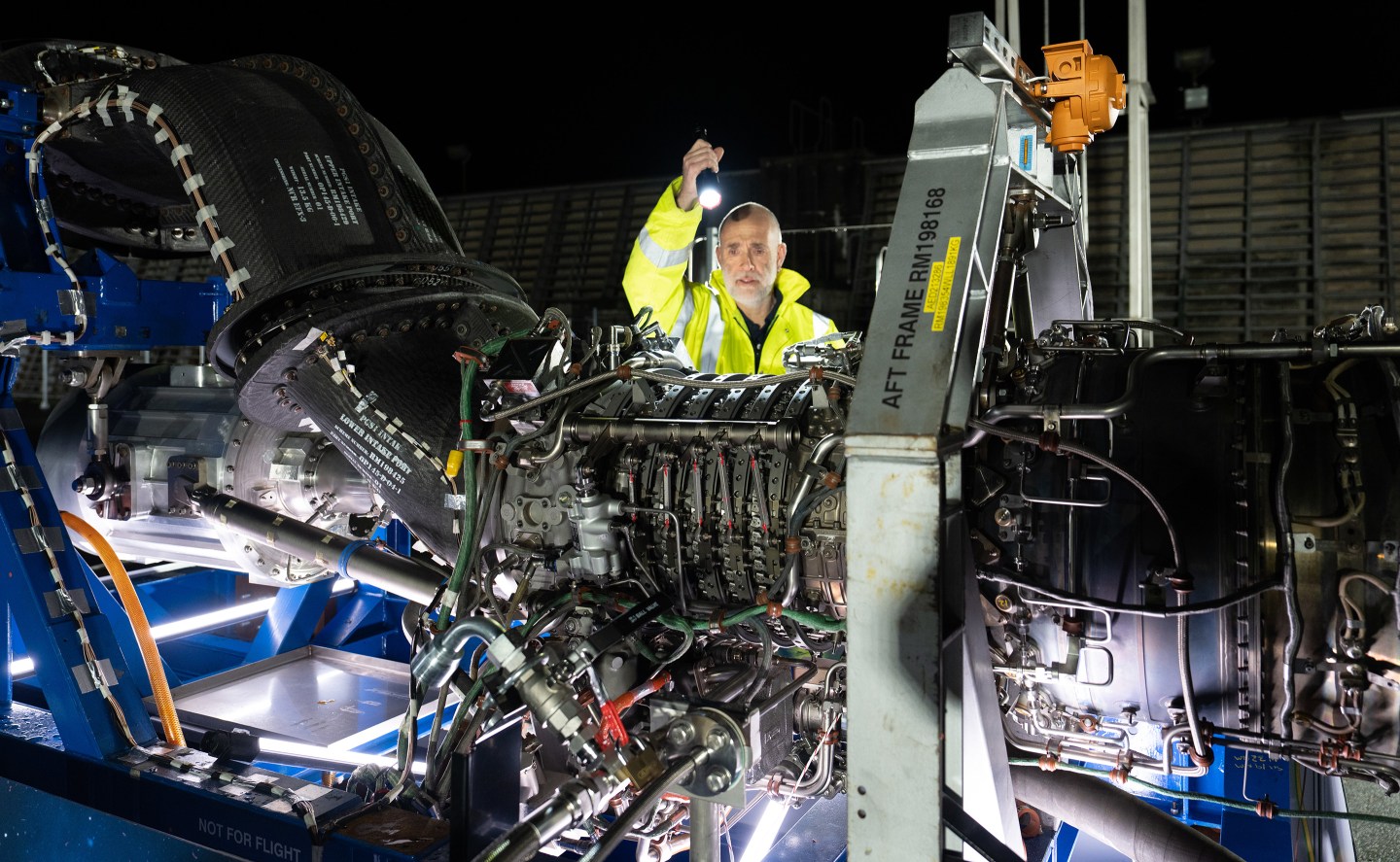 A Rolls-Royce AE2100 hydrogen test at Boscombe Down, U.K.
Courtesy of Rolls-Royce

The aviation industry’s use of conventional jet fuel has made it a major contributor to greenhouse gas emissions. But in recent years, the industry has tried to clean up its act, paving the way for aerospace companies to experiment with clean fuel alternatives.

On Monday, Rolls-Royce announced the successful test of an aircraft engine that runs on hydrogen. The British company built the engine using a converted Rolls-Royce AE 2100-A with the airline easyJet to explore replacing carbon-intensive fuels used in aviation.

With a second round of engine tests planned, Rolls-Royce said it hopes to eventually carry out full flight tests using hydrogen-powered engines.

“The success of this hydrogen test is an exciting milestone,” said Rolls-Royce’s chief technology officer Grazia Vittadini in a statement. “We are pushing the boundaries to discover the zero carbon possibilities of hydrogen, which could help reshape the future of flight.”

The ground test took place at a military facility in Boscombe Down, England, and used hydrogen that was drawn by using wind and tidal power in Scotland’s Orkney Islands.

Rolls-Royce’s clean-fuel trial did not involve flying an actual aircraft, but it marks yet another effort by the aviation industry to cut carbon emissions that contribute to climate change. Using a hydrogen-fueled engine could be a milestone for many players in the industry as they set out to achieve net-zero emissions by 2050.

Aircraft manufacturers worldwide have already begun experimenting with green fuel engines. In February, Airbus announced plans to test hydrogen-based engine technology in a partnership with engine maker CFM International. The company said it would build a small passenger aircraft using this technology by 2035.

Boeing, on the other hand, has focused its efforts on sustainable aviation fuel (SAF), a biofuel derived from feedstock. It bought two million gallons of SAF in February to use in its commercial operations, and said in August that it plans to set up a research facility dedicated to developing SAF and hydrogen aircraft technology.

Even as aerospace companies invest in greener technologies, there are hurdles to a complete switch to clean fuels. The use of hydrogen in aircraft engines would require an overhaul of existing airplane designs that would take several years before they are commercially scalable. Engines currently being used can be powered by a combination of SAFs and regular aviation fuel, although SAFs are in short supply.