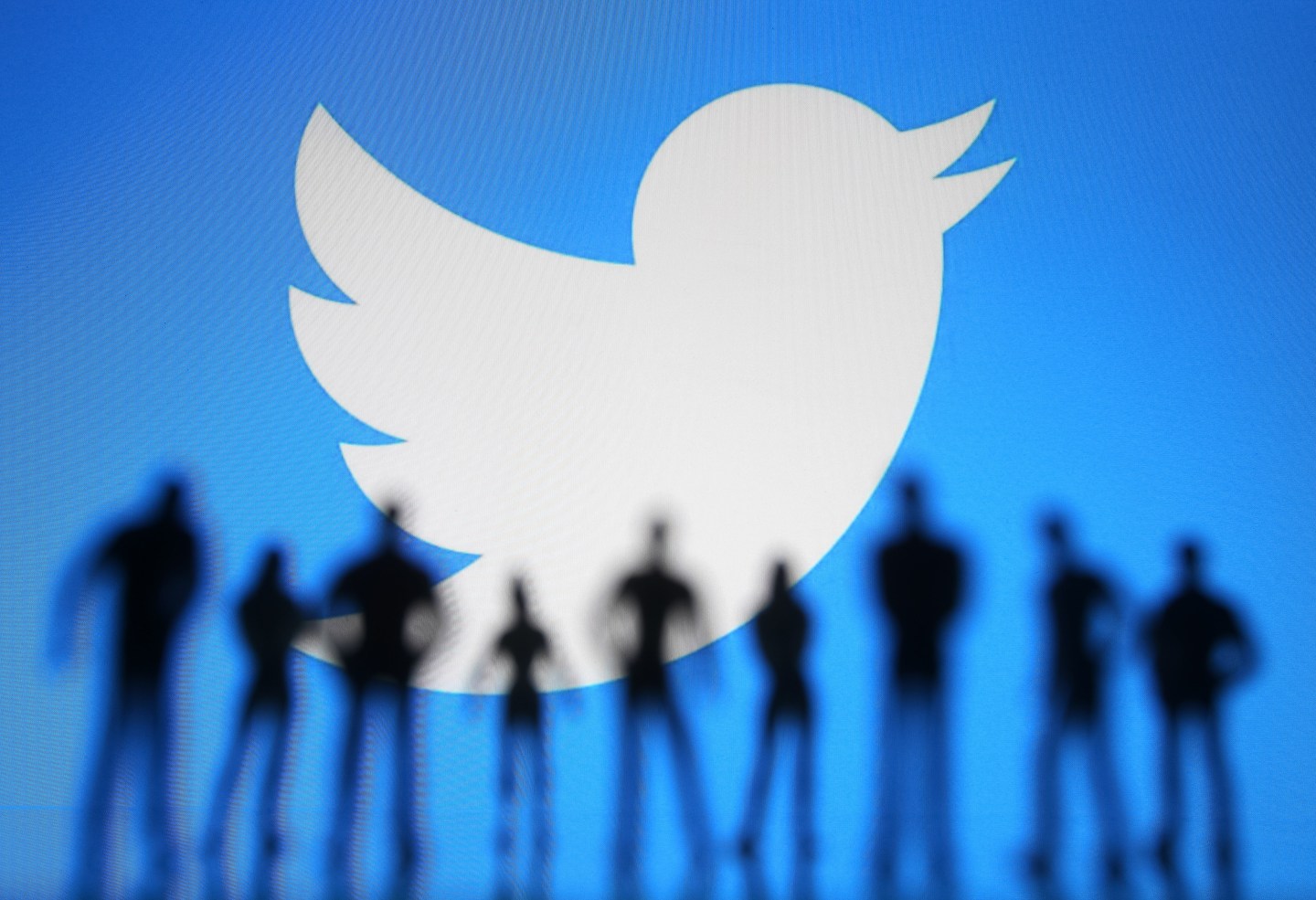 A few more logs went into the bonfire of Elon Musk’s vanity project in the past 36 hours.

At least four top executives resigned from Twitter, including the platform’s high-profile head of moderation and safety. Musk suggested to employees that his new plaything might go bankrupt sooner rather than later. The Federal Trade Commission issued a rare preemptive—and perhaps a bit impertinent—statement of “deep concern” about staffing tumult. And the rollout of Twitter Blue faded to black, at least for now, following an all-too-predictable rash of issues with fake accounts.

For now, though, let’s focus on a particularly interesting part of Musk’s recent comments: the need for subscription revenue and feasibility of getting it.

As multiple media outlets reported, Musk’s first company-wide email to Twitter employees went out early Thursday. In it, Musk said Twitter’s economic outlook is “dire” because the platform relies so heavily on ad sales, which account for about 90% of revenue.

“Without significant subscription revenue, there is a good chance Twitter will not survive the upcoming economic downturn,” Musk wrote. “We need roughly half of our revenue to be subscription. Of course, we will still then be significantly reliant on advertising, so I am spending time with our sales & partnerships teams to ensure that Twitter continues to be appealing to advertisers.”

Musk has moaned about Twitter’s dependence on ads in the past, but the comments crystalized some of his vision for putting Twitter on the path to profitability. Twitter lost $221 million last year on revenues of about $5 billion, and Musk’s leveraged takeover piled about $1 billion in added interest payments onto Twitter. (He hacked away at Twitter’s expenses earlier this month by cutting its 7,500-employee workforce in half.)

But can Musk’s vision for sustainability by subscription become reality? It’s possible, if highly unlikely.

So far, Musk has proposed an illogical—and cannibalistic—model for boosting subscription revenue. He’s started rolling out a $8-per-month subscription system, Twitter Blue, in which users will get a verified “checkmark” on their profile, see fewer ads, and appear higher in replies, mentions, and searches.

The strategy has two major problems.

First, it’s unlikely that a large chunk of Twitter’s 250 million daily active users will pay that much for such an underwhelming package of perks. To reach $2.5 billion in annual revenue—roughly half of Twitter’s revenue last year—about 26 million users would need to sign up. For context, consider that various reports showed only about 100,000 users paid for Twitter’s cheaper pre-Musk subscription system, which included some of the same features.

Second, Twitter could stand to lose money on Blue if it follows through with plans to reduce the prevalence of ads in subscribers’ feeds. As Platformer’s Casey Newton reported earlier this week, citing company sources, internal Twitter estimates show throttling ads would cost the platform about $6 per user each month. On top of that, Apple and Google likely will take a 30% cut of Twitter’s subscription revenues on accounts that signed up for Blue using a smartphone.

For Musk, there’s another, higher-risk approach that’s more likely to generate billion-dollar subscriber revenues: putting Twitter behind a paywall. (Newton reported that Musk has bandied about the idea.) Such a move would be unprecedented, but there’s an outside shot at success.

Last year, the Times reached about 8 million digital subscribers, generating $773 million in subscription revenue and $309 million in digital ad revenue. Considering that Twitter’s user base is significantly larger and more international, it’s not completely improbable for Twitter to double or triple the Times’ total. If Twitter could convert a large majority of “heavy tweeters”—an internal designation for the 10% of users who log into the site daily and post at least a few times per week—into paywall subscribers, Musk’s goal could move within reach.

It is, admittedly, a pie-in-the-sky proposition. The most likely outcome of a paywalled approach involves high-profile tweeters fleeing to other platforms, causing a cascade of user losses. In turn, advertising revenue would plummet, destroying the other half of Twitter’s revenue.

“Twitter has been an amazing network for many over the years, and historic users do still love it for the connections it can forge,” social media consultant Paul Sutton told Fortune’s Chloe Taylor earlier this week. “But is it so valuable that those connections can’t be created elsewhere? No. Users will find somewhere else.”

For Musk to pull Twitter out of dire straits, he likely will need to subscribe to a different plan. Given his penchant for switching strategies midstream, he very well could.

It’s all falling apart. Cryptocurrency exchange FTX filed for Chapter 11 bankruptcy and announced the resignation of CEO Sam Bankman-Fried on Friday, the latest developments in the company’s stunning collapse. The moves came days after users tried to withdraw about $6 billion in assets from the exchange, exposing the outfit’s lack of liquidity and misguided business practices. The Wall Street Journal reported that Bankman-Fried told investors he used billions of dollars in FTX customers’ funds to loan money to an affiliated trading firm, Alameda Research, that engaged in risky bets.

Edging toward exporting? Tesla is exploring whether to ship electric vehicles made in China to customers in the U.S., a sign of slowing demand for the company’s cars in Asia, Reuters reported Friday, citing sources familiar with the discussions. Tesla historically has sold all vehicles assembled in its Shanghai plant to Chinese buyers, but the company is now evaluating whether exporting cars to the U.S. is allowed under import regulations. CEO Elon Musk tweeted that the Reuters report is “false,” though he didn’t elaborate further.

A special stand-up show. Netflix announced plans for its first major live-streaming event, a comedy special headlined next year by comedian Chris Rock, Variety reported Thursday. Industry analysts have long expected Netflix would dip into live streaming, though the company has been reluctant to join rivals Amazon and Apple in hosting live events. Netflix released few details about the special, which is expected to air globally in early 2023.

Grass is always greener? Big Tech’s loss could become climate tech’s gain. Protocol reported Friday that leaders in the green tech space are collaborating on ways to lure engineers and other employees laid off in recent weeks by Meta, Twitter, Stripe, Lyft, and other Silicon Valley giants. While the two industries don’t seamlessly overlap, climate tech officials are arranging job fairs and training events to entice newly unemployed workers to switch fields. One job board already features about 4,000 climate tech jobs in software engineering, product development, and other roles that closely align with Big Tech positions.

Influential techies-turned-climate warriors like Chris Sacca, Katie Jacobs Stanton, and Peter Reinhardt have been tweeting out support for laid-off workers and pointing them to opportunities in climate tech.

Raj Kapoor, a co-founder and managing partner at climate tech VC firm Climactic (and Lyft’s former chief strategy officer), has a similar message for those affected by recent layoffs. For some people, “This is a blessing in disguise for them to go in and do something with impact that they care about,” he told Protocol.

‘Prudent regulation of cryptocurrencies is indeed needed’: The White House is watching the FTX implosion and doesn’t like what it sees, by Nick Lichtenberg and Alena Botros

Oops. Sam Bankman-Fried’s implosion took down Democrats’ second-biggest donor with it as the party gears up to regulate crypto, by Steve Mollman

What happens to the FTX empire’s 200+ crypto investments now?, by Anne Sraders

Anti-Black racial slur on Twitter was 3x higher than the 2022 average in the week after Musk’s takeover, report says, by David Klepper and the Associated Press

Don’t be fooled—Thursday’s rally doesn’t mean we are out of a bear market, billionaire investor Carl Icahn warns, by Sophie Mellor

Ex-Meta and Twitter employees are destigmatizing their layoffs on TikTok: ‘It’s time to find a new dream’, by Chloe Berger

The write stuff. The latest LinkedIn thinkpiece on thought leadership might be coming from a pretty well-paid ghostwriter. Insider reported Friday that demand is booming for online authors willing to pen LinkedIn pieces for business leaders. The surge in interest follows the growth of LinkedIn as a digital gathering place for members of corporate America, many of whom share extended thoughts on the state of corporate America—but don’t have the time or wherewithal to compose competent prose. Insider found it’s not a bad gig for ghostwriters, who often earn $2,500 to $10,000 per month for their services.