Oops. Sam Bankman-Fried’s implosion took down Democrats’ second-biggest donor with it as the party gears up to regulate crypto 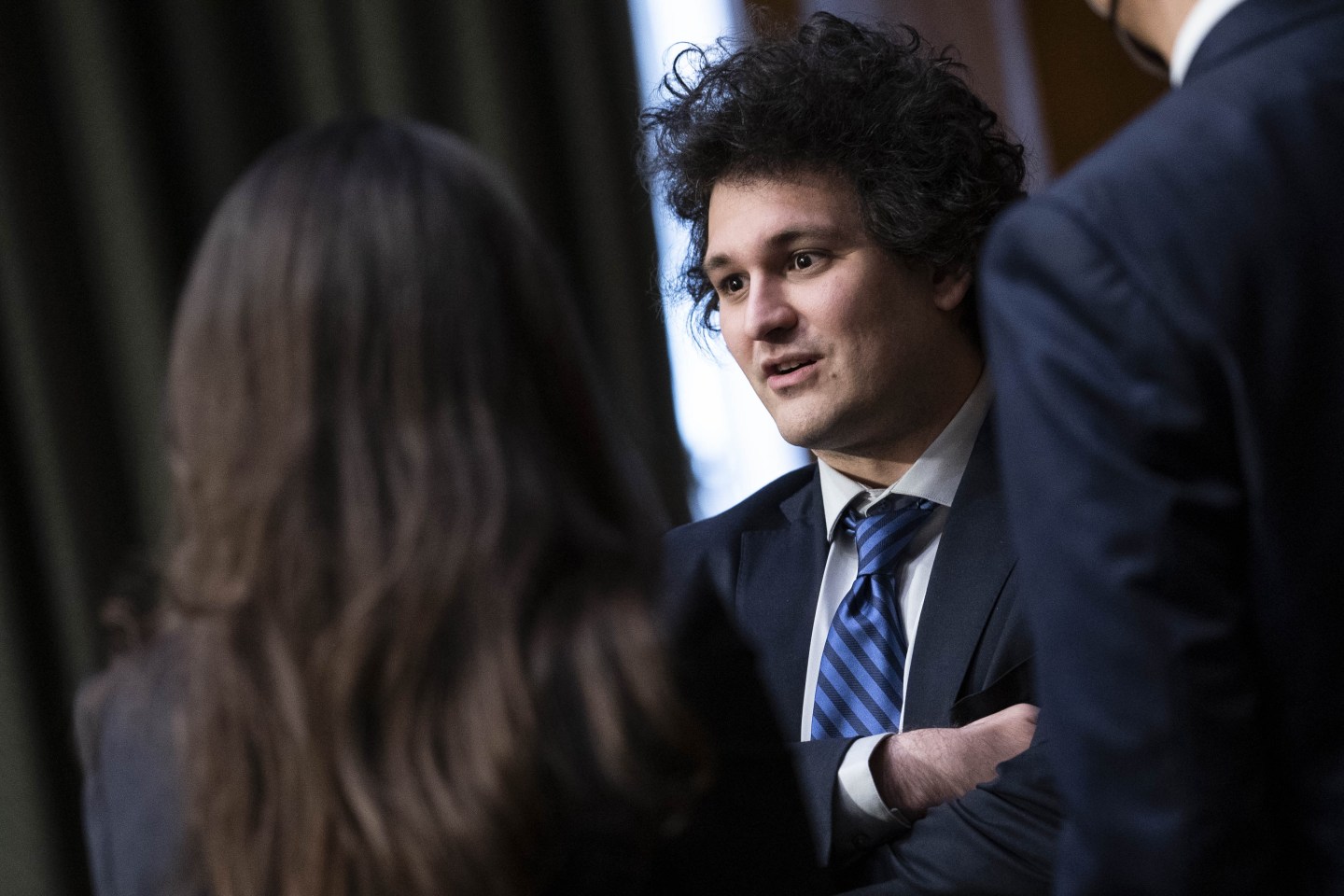 FTX CEO Sam Bankman-Fried speaks with senators and their staff on Feb. 9 in Washington, D.C.
Sarah Silbiger—Bloomberg via Getty Images

Fewer names have been bigger in cryptocurrencies this year than Sam Bankman-Fried, CEO of crypto exchange FTX. So when it became clear this week that the curly-haired billionaire and his exchange faced a liquidity crunch, he was no longer a billionaire, and his exchange likely wasn’t solvent, it cast a shadow over the entire crypto space and sent digital currencies plummeting.

It cast a shadow in Washington, D.C., too.

The 30-year-old Bankman-Fried has been a major force in Democratic politics, ranking as the party’s second-biggest individual donor in the 2021–2022 election cycle, according to Open Secrets, with donations totaling $39.8 million. That ranks only behind George Soros (about $128 million) but ahead of many other big names, including Michael Bloomberg ($28.3 million). What’s more, he had promised to spend far more on Democrats moving forward, predicting in May that he’d fund “north of $100 million” and had a “soft ceiling” of $1 billion for the 2024 elections.

That doesn’t look nearly as likely now. He backed away from the prediction last month, describing it as “dumb” to Politico, and on Tuesday his net worth fell from $15.6 billion to potentially below $1 billion, which Bloomberg called the biggest one-day collapse it had ever seen among billionaires. Rumors are now flying in the cryptosphere that he may even go bankrupt.

Federal regulators are now reportedly investigating FTX to determine whether it harmed clients or broke financial regulations after FTX’s implosion, as it saw $5 billion of withdrawals on Sunday alone, many of them prompted by a tweet from the CEO of rival exchange Binance that he was dumping FTX-linked coins. Binance then seemed to come to FTX’s rescue on Tuesday before ditching its 11th-hour bid to buy FTX the very next day. Cryptocurrency prices fell amid concerns about FTX’s solvency and fears of a possible contagion. It’s a head-spinning turn of events for FTX, which was valued north of $30 billion at its peak; and for the crypto space, which has declined in value from $3 trillion to below $2 trillion during this year’s Crypto Winter.

That’s a lot of wealth destroyed, leaving the crypto future uncertain, but it’s also potentially awkward for Democrats, who have drawn huge donations from crypto figures while taking tentative steps toward regulating the space this year. Bankman-Fried was a major donor to President Joe Biden in the 2020 election and is the primary donor to the Protect Our Future PAC, the political action committee which endorsed Democratic candidates such as Peter Welch, who this week won his bid to become Vermont’s next senator, and Robert J. Menendez of New Jersey, who secured a House seat.

Some Democrats are weighing in on the problems at FTX.

White House press secretary Karine Jean-Pierre said that “prudent regulation of cryptocurrencies is indeed needed” and the Biden admin and relevant government agencies will monitor the situation as it develops, adding that cryptocurrencies affect everyday Americans.

On Wednesday evening, Democratic senator Elizabeth Warren tweeted, “The collapse of one of the largest crypto platforms shows how much of the industry appears to be smoke and mirrors. We need more aggressive enforcement and I’m going to keep pushing @SECGov to enforce the law to protect consumers and financial stability.”