Don’t be fooled—Thursday’s rally doesn’t mean we are out of a bear market, billionaire investor Carl Icahn warns 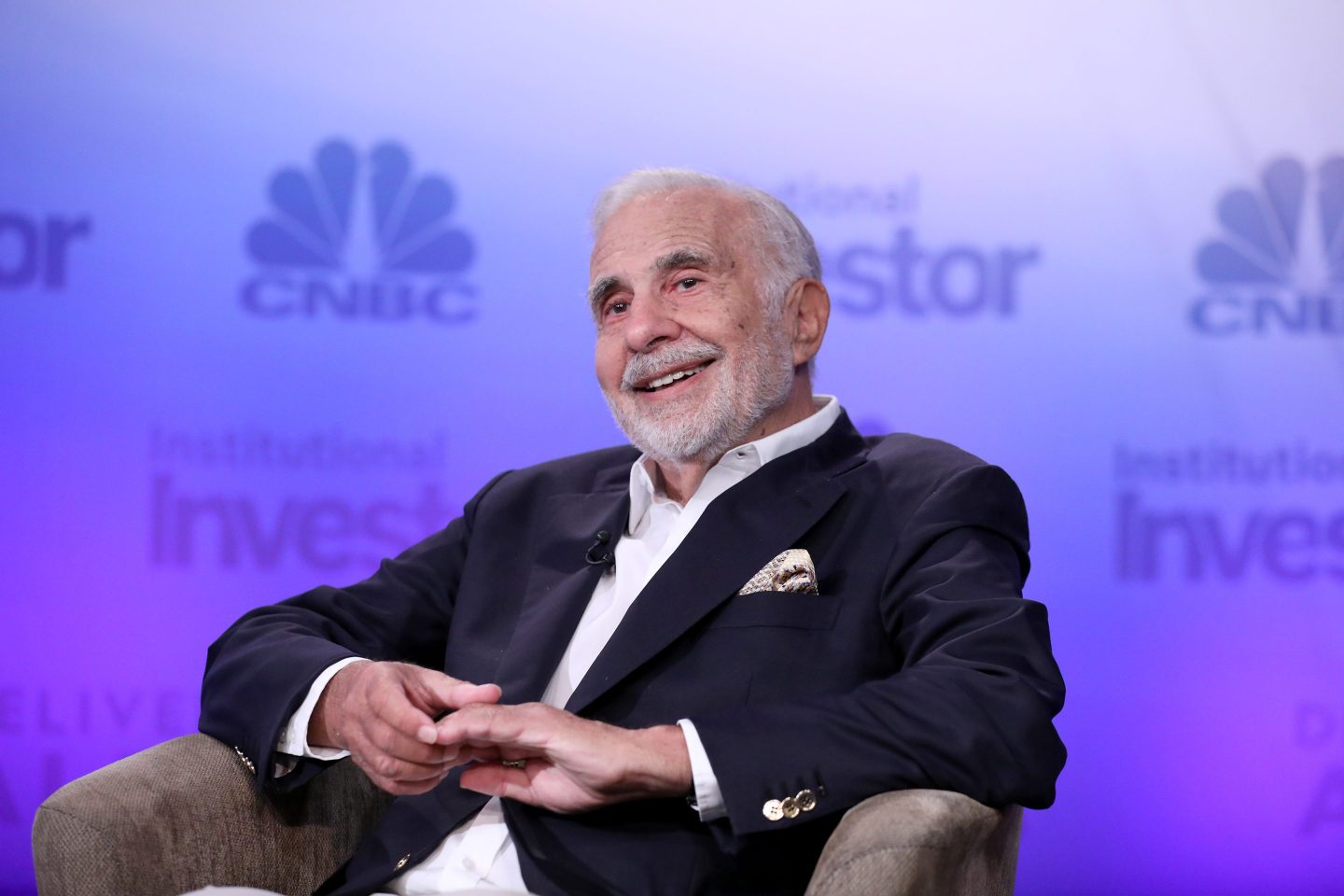 Even after the best day the stock market has seen in two years, famed investor Carl Icahn still isn’t changing his pessimistic outlook on the economy.

Icahn reiterated warnings that the U.S. is in a recession and that he is keeping his portfolio at Icahn Enterprises hedged, the billionaire said on CNBC’s Closing Bell Overtime show on Thursday. Icahn argues Thursday’s swings in the market were made by a small percentage of investors and are not indicative of the broader market sentiment.

“I am still very, quite bearish on what is going to happen. A rally like this is of course very dramatic, to say the least…but I still think we are in a bear market,” Icahn said.

After a Thursday report showed that inflation in the U.S. eased last month by more than expected, everything from metals to European stocks soared in price. The S&P 500 surged 5.5% while the Dow Jones Industrial Average leaped 1,200 points. Even the tech-heavy Nasdaq composite, down 30% year to date, packed in what could be a year’s worth of gains by jumping 7.4% in a single day.

While the inflation report led some people to believe that the worst of high inflation has finally passed, other investors, including Icahn, have warned that it is premature to declare that with any certainty.

“I don’t think inflation is going away…not for the near term. I think you’re going to have more of a recession, more of an earnings decrease,” Icahn stated.

Icahn, who boasts a net worth of $24 billion, believes high interest rates and an inverted yield curve on treasury bonds make a recession inevitable. “I do think it’s certainly dramatic and maybe exciting,” Icahn said referring to the momentous Thursday rally, “but I don’t really think it changes my opinion on the basic problems that we have.”

Why the big pop?

Icahn believes that only a limited number of traders were behind Thursday’s rally. “If you take the population of stockholders, there’s only a small percentage that trade like this,” Icahn said. In times of market downturn, he added, short interest builds up and when there is any positive news, like Thursday’s inflation report, a small number of investors can suddenly propel prices upwards.

But as inflation continues to ravage markets and make households poorer, a short day of gains won’t change the trajectory of the economy.

One main driver behind inflation is caused by the young people who “don’t want to work,” Icahn says. As more and more of “the youth” turn their back on the job market, there will be more wage inflation as the older generation has to retire.

Icahn has been a doomsayer of the economy since inflation first started rising last year. Icahn warned back in March that a recession or “even worse” was likely on the way for the U.S. economy, comparing today’s high inflation to that of the 1970s when the Fed struggled to control rising consumer prices. More recently, he told Marketwatch at the Best New Ideas in Money Festival in September that “the worst is yet to come.”

The consumer price index increased 0.4% for the month of October and 7.7% from a year ago, down from a 8.2% year-over-year rise in September. The year-over-year drop was the fourth straight decrease since inflation hit a peak of 9.1% in June.

When will inflation start easing?

Some analysts believe this lower-than-expected inflation report is the start of defusing inflation. “This is not some kind of outlier,” Omair Sharif of Inflation Insights wrote in an investor note seen by Reuters. “This is the start…of lower prints.”

Other analysts argue that more inflation data is needed to better assess the path the economy is heading in. “Systematic strategies were set up completely wrong for this CPI print today,” said Mike Lewis, head of U.S. equity cash trading at Barclays.

Like Icahn, Lewis notes that he did not see any real money—a term for mutual funds, pension funds, and other non-leveraged market investors—buying up stocks in Thursday’s rally. Lewis argues the rally is unlikely to last until “we get more data like this CPI print, and with similar velocity.”

Similarly, Tallbacken Capital Advisors chief executive Michael Purves agreed that risk assets are not out of the woods yet.

“I am not being very bearish. I just don’t know whether this means you should start buying every dip you get,” Purves said. “We need a lot more confirming evidence.”

But bullish analysts are mostly hoping that Thursday’s inflation reading will give the U.S. central bank good reason to go with a smaller hike in the next coming Federal Open Market Committee.