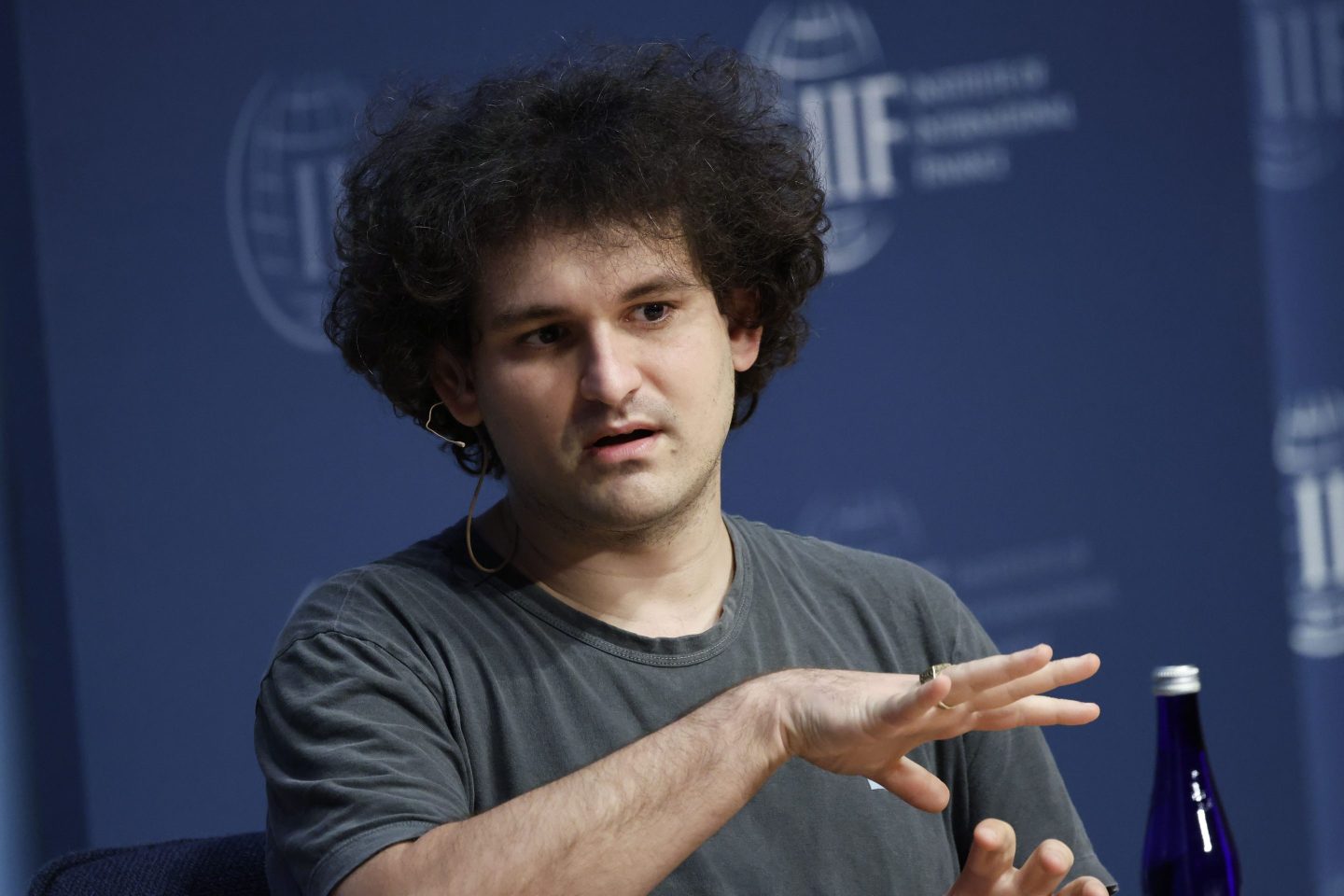 Sam Bankman-Fried has resigned as CEO of FTX. The company has also filed Chapter 11 bankruptcy.
Ting Shen—Bloomberg via Getty Images

The voluntary Chapter 11 filing comes after the rapid and sudden collapse of the exchange, which saw $6 billion in withdrawal requests over three days, causing a liquidity crunch.

“The immediate relief of Chapter 11 is appropriate to provide the FTX Group the opportunity to assess its situation and develop a process to maximize recoveries for stakeholders,” said new CEO John J. Ray III.

Bankman-Fried will remain with the company to assist with Ray’s transition into the leadership role.

All totaled, more than 130 FTX affiliated companies were included in the Chapter 11 filing.

Bankman-Fried, in a statement on Twitter addressed the bankruptcy, saying “Hi all: Today, I filed FTX, FTX US, and Alameda for voluntary Chapter 11 proceedings in the US. I’m really sorry, again, that we ended up here. Hopefully things can find a way to recover. Hopefully this can bring some amount of transparency, trust, and governance to them. Ultimately hopefully it can be better for customers.

“This doesn’t necessarily have to mean the end for the companies or their ability to provide value and funds to their customers chiefly, and can be consistent with other routes. Ultimately I’m optimistic that Mr. Ray and others can help provide whatever is best.

“I’m going to work on giving clarity on where things are in terms of user recovery ASAP. I’m piecing together all of the details, but I was shocked to see things unravel the way they did earlier this week. I will, soon, write up a more complete post on the play by play, but I want to make sure that I get it right when I do.”

The move caps an astonishing week for FTX, which was once one of the biggest names in the crypto world.  At the start of the week, the company had a $32 billion valuation. As customers demanded their money back and liquidity evaporated, FTX began to flounder.

Rival exchange Binance initially offered to buy the company, but quickly backed out of that deal, saying, “In the beginning, our hope was to be able to support FTX’s customers to provide liquidity, but the issues are beyond our control or ability to help.” FTX has now even been deemed worthless by key investor Sequoia Capital, which on Thursday marked down its $214 million investment in the company to zero.

A person at Binance familiar with the matter, who couldn’t speak publicly because he was not authorized, described the FTX books to the Associated Press as a “black hole” in which it was impossible to differentiate between the assets and liabilities of FTX the exchange and those of the Alameda Research hedge fund.

“The books were a nightmare, and the relationship between FTX and Alameda was incestuous at best,” the person familiar with the matter said.

Bankman-Fried apologized for the situation Thursday, tweeting “I’m sorry. That’s the biggest thing. I fucked up, and should have done better.”

FTX’s sister company, Alameda Research, is now “winding down trading,” and Bankman-Fried said Thursday that U.S.-based FTX users would not be affected. The liquidity shortfall is entirely to do with FTX International, he said, and “FTX US, the U.S.-based exchange that accepts Americans, was not financially impacted by this shitshow. It’s 100% liquid.”

Ray, in a statement Friday morning, asked for patience as the company explores options, saying events have been fast-moving and the new team is still getting up to speed.

“The FTX Group has valuable assets that can only be effectively administered in an organized, joint process. I want to ensure every employee, customer, creditor, contract party, stockholder, investor, governmental authority, and other stakeholder that we are going to conduct this effort with diligence, thoroughness and transparency,” he said.