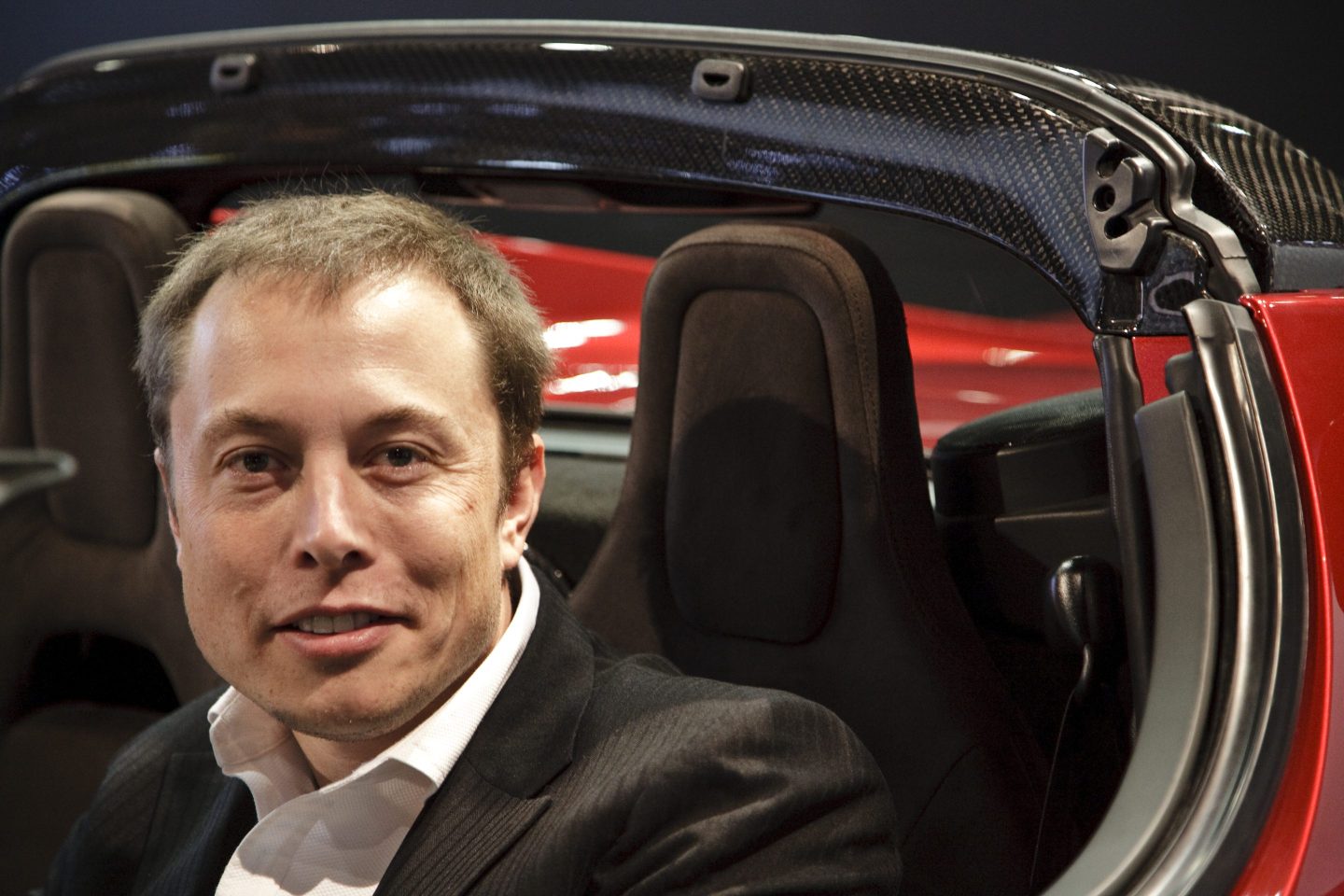 Elon Musk at a Tesla event in 2009, when the carmaker's future looked far less certain.
James Leynse—Corbis via Getty Images

Elon Musk has been making major changes at Twitter in the past few weeks following his $44 billion takeover of the company. But he hasn’t done much in the way of addressing employees directly. That changed Thursday when he gathered employees for a Q&A session.

Musk told Twitter staff he wants them to work with a “maniacal sense of urgency” because “we are headed into, I think, quite a serious recession,” according to The Verge, which acquired a recording of Musk’s comments.

The world’s richest man recalled the stress he felt in previous economic downturns as the cofounder of X.com, which later became PayPal, and the CEO of Tesla.

“I’ve been through the recession of 2000 and 2001 and 2008–9, and I’m somewhat paranoid about dying in recessions. I have recession PTSD from keeping X and PayPal alive through the 2000 recession, keeping Tesla alive in the 2009 recession. It’s worth remembering that in 2009, General Motors and Chrysler both went bankrupt. Tesla did not, despite being a startup electric vehicle company. It was excruciatingly difficult to keep us alive in 2009. And the reason we were able to keep alive is partly by just being paranoid.”

After taking over Twitter, Musk fired around 50% of the company within a chaotic 24-hour period. And this week, several top managers at the company have resigned, including chief compliance officer Marianne Fobarty, chief information security officer Lea Kissner, and chief privacy officer Damien Kieran.

The upheaval under Musk at Twitter has made other tech leaders, like Meta CEO Mark Zuckerberg, look more empathetic by comparison.

But while Musk urged his remaining Twitter employees to work tirelessly, he also mentioned the possibility of the entire company going under.

“We just definitely need to bring in more cash than we spend. If we don’t do that and there’s a massive negative cash flow, then bankruptcy is not out of the question. That is a priority. We can’t scale to 1 billion users and take massive losses along the way. That’s not feasible. I don’t think we will.”

Musk also pointed to the need to boost subscriptions and the problem of Twitter relying too much on advertising in a recession:

“In a recession, advertising is disproportionately affected. And then advertising where the advertiser cannot clearly trace how much they spent on an ad to what demand it generated, which is known as brand advertising, will be even more affected. This puts Twitter as we look ahead into a very dire situation from a revenue standpoint.”

He noted that he sold a “bunch of Tesla stock” that is “going to be worth an immense amount in the future” in order to “keep Twitter alive.”

“There’s going to be probably a year or two of serious recession that, again, will disproportionately affect us,” he added. “And we’re going to get through that and not be dead.”

Those words will offer little comfort, of course, to the thousands of Twitter employees he let go.