As the dust settles on Musk’s mass layoffs at Twitter, his murky plans raise alarms about the future 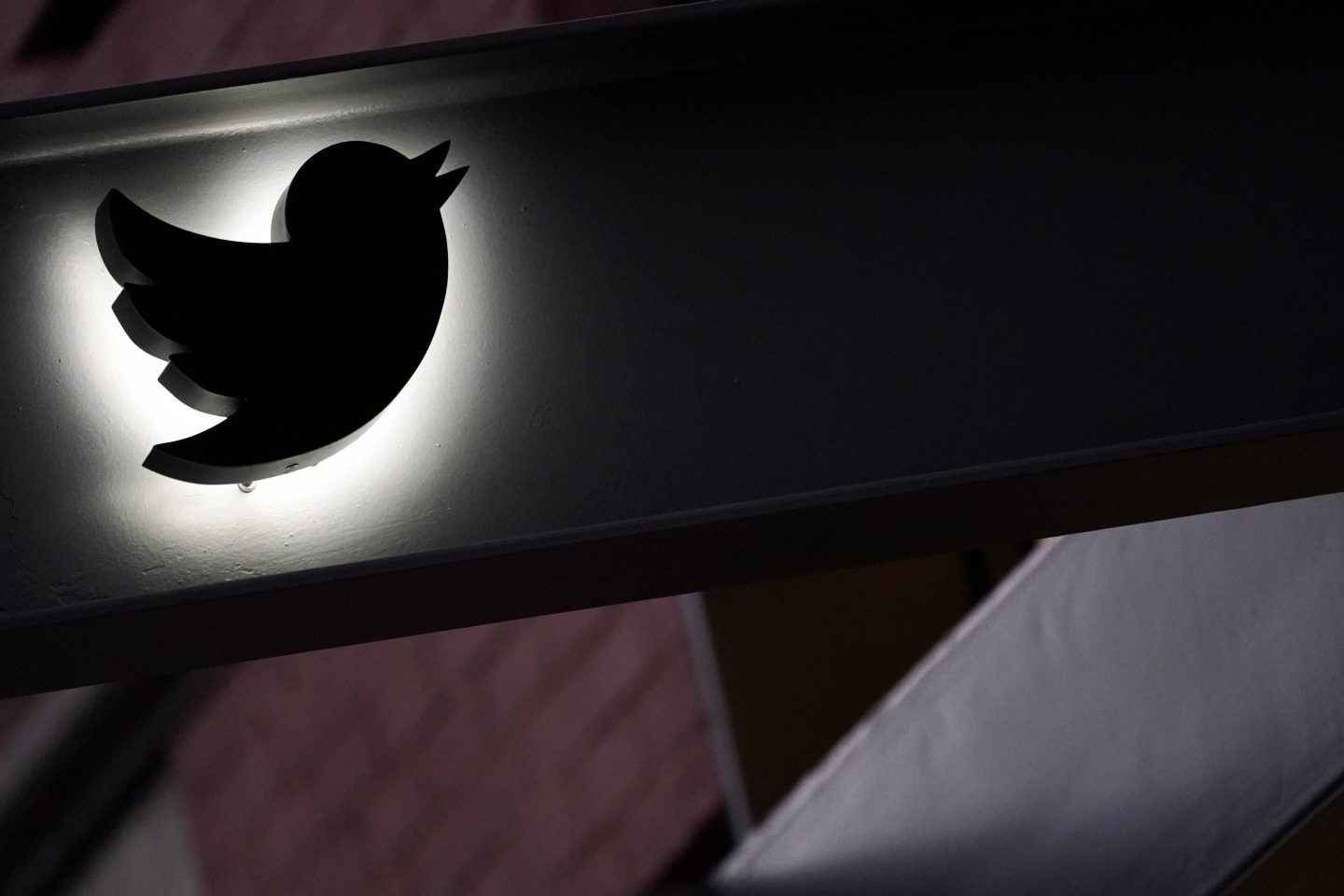 Where will Twitter under Elon Musk go?
Mary Altaffer—AP Photo

The discourse was never all that civil on Twitter. The loudest voices have often drowned out softer, more nuanced takes. After all, it’s much easier to rage-tweet at a perceived enemy than to seek common ground, whether the argument is about transgender kids or baseball.

In the chaos that has enveloped Twitter the platform — and Twitter the company — since Elon Musk took over, it has become clear this isn’t changing anytime soon. In fact, it’s likely to get much worse before it gets better — if it gets better at all.

Musk, with his band of tech industry loyalists, arrived at Twitter just over a week ago ready to tear down the blue bird’s nest and rebuild it in his vision with breakneck speed. He quickly fired top executives and the board of directors, installed himself as the company’s sole director (for now) and declared himself “Chief Twit,” then “Twitter Complaint Hotline Operator” on his bio.

On Friday, he began mass layoffs at the San Francisco-based company, letting go about half of of its workers via email to return it to staffing levels not seen since 2014.

All the while, he’s continued to tweet a mix of crude memes, half-jokes, SpaceX rocket launches and maybe-maybe not plans for Twitter that he seems to be workshopping on the site in real time. After floating the idea of charging users $20 a month for the “blue check” and some extra features, for instance, he appeared to quickly scale it back in a Twitter exchange with author Stephen King, who posted, “If that gets instituted, I’m gone like Enron.”

“We need to pay the bills somehow! Twitter cannot rely entirely on advertisers. How about $8?” Musk replied. On Saturday, the company announced a subscription service for $7.99 monthly that allows anyone on Twitter to pay a fee for the check mark “just like the celebrities, companies and politicians you already follow” as well as some premium features — not yet available — like getting their tweets boosted above those coming from accounts without the blue check.

The billionaire Tesla CEO also has repeatedly engaged with right-wing figures appealing for looser restrictions on hate and misinformation, received congratulations from Dimitry Medvedev, Russian President Vladimir Putin’s top associate and tweeted — then deleted — a baseless conspiracy theory about House Speaker Nancy Pelosi’s husband, who was attacked in his home.

More than three dozen advocacy organizations wrote an open letter to Twitter’s top 20 advertisers, calling on them to commit to halting advertising on the platform if Twitter under Musk undermines “brand safety” and guts content moderation.

“Not only are extremists celebrating Musk’s takeover of Twitter, they are seeing it as a new opportunity to post the most abusive, harassing, and racist language and imagery. This includes clear threats of violence against people with whom they disagree,” the letter said.

One of Musk’s first moves was to fire the woman in charge of trust and safety at the platform, Vijaya Gadde. But he has kept on Yoel Roth, Twitter’s head of safety and integrity, and has taken steps to reassure users and advertisers that the site won’t turn into a “free-for-all hellscape” that some fear it might.

On Friday, he tweeted that “Twitter’s strong commitment to content moderation remains absolutely unchanged. In fact, we have actually seen hateful speech at times this week decline (asterisk)below(asterisk) our prior norms, contrary to what you may read in the press.” A growing number of advertisers are nevertheless pausing spending on Twitter while they reassess how Musk’s changes might increase objectionable material on the platform.

Musk also met with some civil rights leaders “about how Twitter will continue to combat hate & harassment & enforce its election integrity policies,” according to a tweet he sent Nov. 1.

But representatives of the LGBTQ community were notably absent from the meeting, even though its members are far more likely to be victims of violent crime than those outside of such communities. Twitter did not respond to a message for comment on whether Musk plans to meet with LGBTQ groups.

The mercurial billionaire has said he won’t make major decisions about content or restoring banned accounts — such as that of former President Donald Trump — before setting up a “content moderation council” with diverse viewpoints. The council, he later added, will include “the civil rights community and groups who face hate-fueled violence.” But experts have pointed out that Twitter already has a trust and safety advisory council to address moderation questions.

“Truly I can’t imagine how it would differ,” said Danielle Citron, a University of Virginia law professor who sits on the council and has been working with Twitter since its infancy in 2009 to tackle online harms, such as threats and stalking. “Our council has the full spectrum of views on free speech.”

Some amount of chaos is expected after a corporate takeover, as are layoffs and firings. But Musk’s murky plans for Twitter — especially its content moderation, misinformation and hate speech policies — are raising alarms about where one of the world’s most high-profile information ecosystems is headed. All that seems certain is that for now, at least, as Elon Musk goes, so goes Twitter.

“I hope that responsibility and maturity will win the day,” said Eddie Perez, a former Twitter civic integrity team leader who left the company before Musk took over. “It’s one thing to be a billionaire troll on Twitter and to try to get laughs with memes and to yuk it up. You are now the owner of Twitter and there’s a new level of responsibility.”

For now, though, the memes appear to be winning. This concerns experts like Perez, who worry Musk is moving too fast without listening to people who have been working to improve civility on the platform and instead using his own insular experience as one of the platform’s most popular users with millions of fawning fans who hail his every move.

“You have a single billionaire that is controlling something as influential as a social media platform like Twitter. And you have entire nation states (whose) political goals are inimical to our own, and they are trying to create chaos and they are directly courting favor” with Musk, Perez said.

“There’s just no world in which all of that is normal,” he added. “That should absolutely concern us.”

Twitter didn’t start out as a cesspool. And even now there are pockets of funny, weird, nerdy subgroups on the platform that remain somewhat insulated from the messy and confrontational place it can appear to be if one follows too many hotheaded agitators. But as with Facebook, Twitter’s rise also coincided with growing polarization and a measurable decline in online civility in the United States and beyond.

“The big understanding that occurred between 2008 and 2012 is that the way to get traction, the way to get attention on any social media, Twitter included, was to use incendiary language — to challenge the basic humanity of the opposition,” said Lee Rainie, director of internet and technology research at the Pew Research Center.

Things continued to devolve as the 2016 U.S. presidential election approached and passed, and the new president cemented his reputation as one of Twitter’s most incendiary users. After it was revealed that Russia used social media platforms to try to influence elections in the U.S. and other countries, the platforms found themselves became central figures in the political debate.

“Do they have too much power? Do their content moderation policies privilege one side or another?” Rainie said. “The companies themselves found themselves in the thick of the most intense arguments in the culture. And so that’s the environment that Elon Musk is entering now.”

And beyond the bluster and the outsized personality, Musk’s own description of his new job — “Twitter Complaint Hotline Operator” — may turn out to be his biggest challenge yet.