Elon Musk putting Twitter behind a paywall could ‘sound the death knell’ for the social media platform, experts say 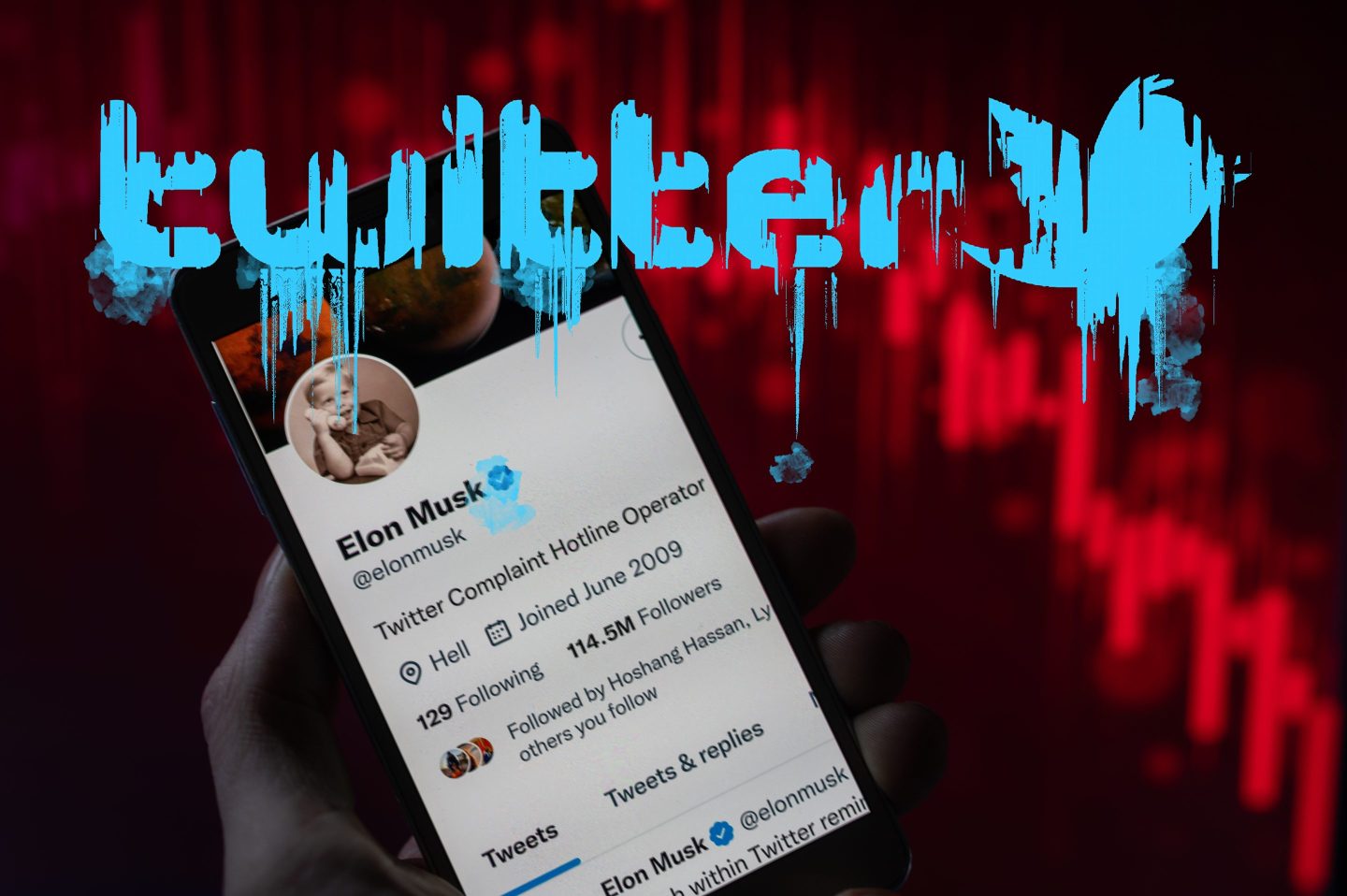 Elon Musk’s plans to charge a monthly fee of $8 for Twitter users to verify their accounts has been met with widespread resistance—but his plans to monetize the platform could go even further.

According to Platformer, a newsletter covering Big Tech, Musk and his top advisers have discussed charging all Twitter’s users a blanket subscription fee to use the social media site.

Citing a source familiar with matters discussed in high-level meetings at the company, Platformer reported that one plan that was being floated could allow everyone to use Twitter for a limited amount of time every month, after which a paid subscription would be required to keep browsing.

Platformer said the potential plans did not appear to be imminent, as Twitter teams were busy expanding the site’s account verification system—a controversial move that has been criticized by a number of users including Stephen King, Mark Ruffalo, and Alexandria Ocasio-Cortez.

Weighing in on Musk’s idea for a Twitter paywall, experts speculated that a shift to this kind of business model could damage the social media site’s offering to its users.

Paul Sutton, a social media consultant who has worked with massive brands including L’Oréal and Honda, told Fortune that he believed putting Twitter behind a paywall “would effectively sound the death knell for the platform.”

Noting that the majority of Twitter’s income is derived from advertising, Sutton said the question was really whether enough users would pay to use the platform to counter-balance what would be “an inevitable fall in that advertising revenue.”

“The answer to that, to me, is no,” he said. “Twitter has been an amazing network for many over the years, and historic users do still love it for the connections it can forge. But is it so valuable that those connections can’t be created elsewhere? No. Users will find somewhere else.”

Andrew Chadwick, a professor of political communication at Loughborough University, told Fortune in a call on Tuesday that Musk’s reported paywall plans “could end up undermining Twitter as a platform.”

“With platforms like Twitter, the lifeblood of their business model is advertising and eyeballs,” he said. “The problem with saying we’ll move the platform to a half-payment, half-free ‘freemium’ model that Silicon Valley has used a lot is that they’ll just lose users. There are plenty of users who are not prepared to pay for Twitter and will find the content free elsewhere.”

However, Chadwick said there were also plenty of Twitter users who would be happy to pay a subscription.

“But one of the attractions of the platform model is that you can pay a subscription and get better features, but you do that on the basis that the audience for your messaging is not going to shrink,” he added. “The problem is, if they don’t get the balance right, they’ll shrink the audience—and therefore the people who are willing to pay for a subscription will think, Why should I bother?”

Dr. Rajab Ghandour, a senior lecturer in management and marketing at the University of Westminster, told Fortune in a phone call on Tuesday that under Musk, Twitter appeared to be becoming a “much more closed social media platform”—but he was more optimistic than Sutton and Chadwick about Twitter potentially becoming available to subscribers only.

Ghandour said that while he believes people will pay $8 per month to get their blue-tick verification, whether a wider paywall model would work for the platform remains to be seen.

“A lot of people are already moving to new platforms like Mastodon, so [it’s possible] a lot of people will shift to new sites,” he said. “Down the line Twitter will be stabilized through the users they have and people supporting Elon through this process—I do believe what they are trying to do is limit fake accounts and bots. People will pay, but will everyone pay? That isn’t quite clear yet.”

For the time being, Ghandour noted, not allowing unverified accounts to use Twitter has not been mentioned, so people will still be using the platform without their blue ticks.

“With time I think it could be feasible for more and more people to pay to use the platform,” he said.

Meanwhile, Tom Jackson, professor of information and knowledge management at Loughborough University, speculated that it was “inevitable” Musk would make a move like incorporating a paywall into Twitter, given that the platform is currently losing over $4 million a day.

“You can see why he might want to do that, but I can’t see that many will actually pay the money,” he told Fortune over the phone. “But saying that, there are millions and millions of Twitter accounts across the globe, so he only needs a small proportion [to subscribe] to start making some money from that. I think there are definitely better business models for Twitter, and the current one where you’re losing so much money every day just doesn’t make any sense.”

According to Jackson, the outcome of a subscription-only model would depend on how the paywall is applied—it could be that the entire website is hidden to nonsubscribers, or it could remain visible but only subscribers are able to write tweets.

“I think there are some fundamental things about Twitter that we’d miss as a society, and that’s that it’s open for everyone to see—it’s the only platform where anyone can see things. But your voice being heard across the globe is dramatically reduced if Musk goes for the Plan A where everything’s behind the paywall. If he does Plan B where you can pay to tweet but everyone can see the tweets, I think it would be a better option.”