Disney+ is getting more expensive. Why that’s bad news for struggling streaming services 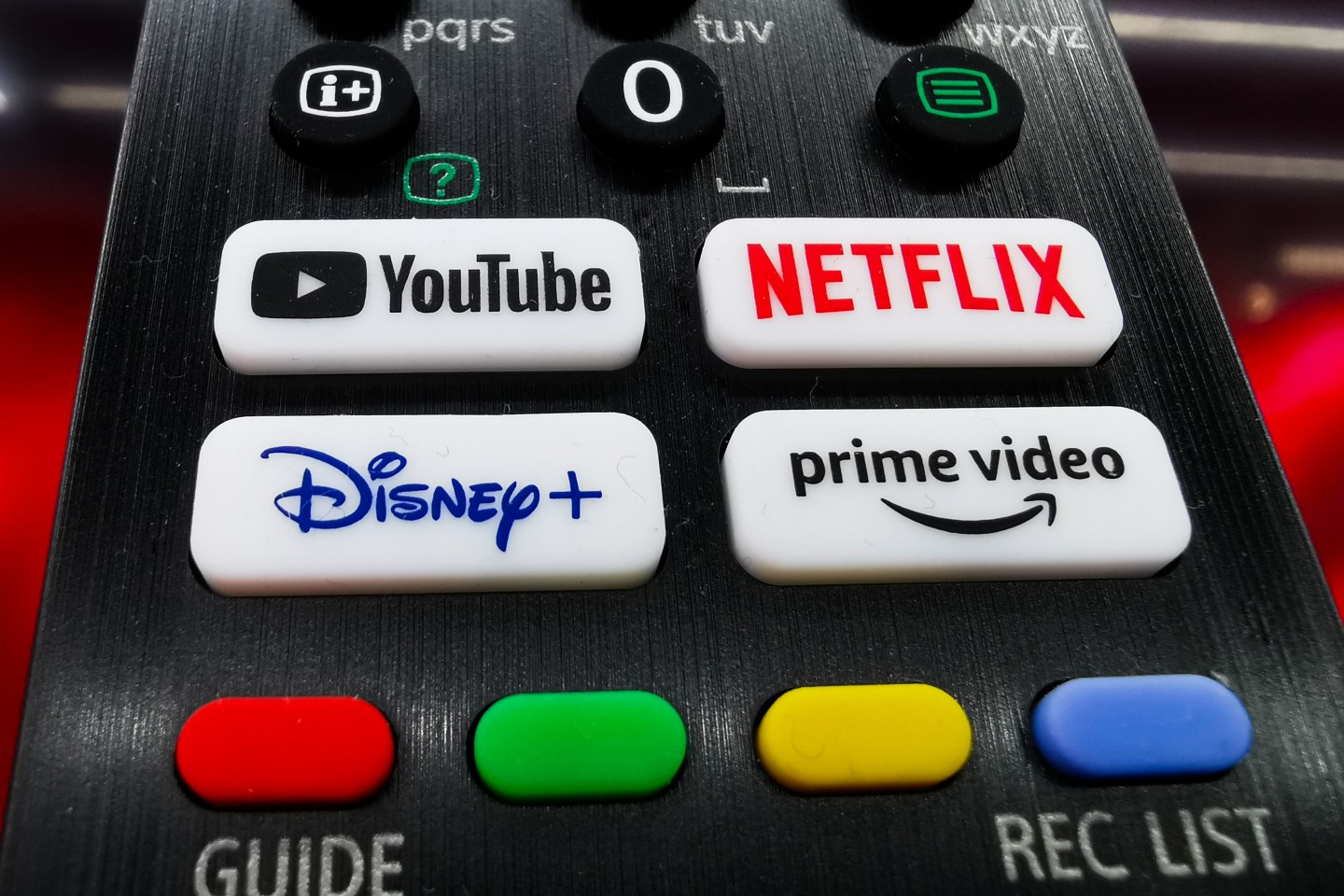 The arrival of Disney’s quarterly earnings Wednesday felt like the dawning of a new era in streaming—and not just because there’s a new king ruling the industry.

On the same day that Disney announced its trio of streaming brands—Disney+, Hulu, and ESPN+—combined to surpass Netflix’s subscriber count for the first time, the entertainment conglomerate unveiled significant price hikes across its three platforms starting in December.

Most notably, the cost of a Disney+ subscription in the U.S. will rise from $7.99 to $10.99, while Hulu’s ad-free offering will jump from $12.99 per month to $14.99 per month. Those increases follow Disney bumping the monthly price of ESPN+ from $6.99 to $9.99, with the change set to take effect later this month. (The price for an ad-free bundle of all three platforms will stay unchanged, while a bundle with ads will cost an extra $1 per month.)

The hikes offer some of the clearest evidence to date that the streaming industry’s unprofitable subscription pricing matrix, ostensibly designed to reel in customers in a fiercely competitive field, is quickly approaching unsustainability.

This development boils down to simple economics. It’s incredibly expensive to produce content and secure subscribers, and the monthly fees charged by entertainment companies aren’t nearly enough to cover those costs.

Aspiring streamers have been willing to eat enormous losses in the first few years of the streaming wars. But with the losses mounting following the first few rounds of battle, some competitors are better-positioned to reach profitability than others.

While Disney still posts enormous losses from its streaming services—about $2.5 billion through the first nine months of this fiscal year—company executives remain confident that they can significantly narrow that gap through price hikes and the addition of new subscribers. On an earnings call Wednesday, Disney CEO Bob Chapek argued that the company’s extensive content library will keep subscribers in the Mouse’s thrall.

“We believe, because [of] the increase in the investment over the past two and a half years relative to a very good price point, that we have plenty of room on price value,” Chapek said. “And we do not believe that there’s going to be any meaningful long-term impact on our churn as a result.”

On the price front, Netflix, which charges $9.99 to $19.99 per month depending on the streaming plan, has shown that customers will pay a premium for a high-value service. On the content front, Disney’s Marvel and Star Wars franchises show few signs of slowing; its children’s programming will remain a must-have for families; and its bundling opportunities make for good value. Disney+ also keeps showing how much more room there is for growth, adding 14.4 million subscribers and beating analyst forecasts in the most recent quarter.

To date, consumers have proved rather willing to increase their streaming budgets as more platforms hit the market and companies gradually raise subscription fees. But as Disney and other streamers institute price hikes en route to profitability, consumers can only stretch their dollars so far. Already, signs of platform saturation are starting to emerge.

Three of Disney’s streaming rivals should be able to weather a broad rise in subscription prices. Netflix might be losing subscribers and enduring a rightsizing of its stock price, but at least the company already makes money. Amazon and Apple, meanwhile, can simply keep their fees low and subsidize streaming losses through other parts of their wildly profitable businesses.

Three other companies, however, have much less room for error: Warner Bros. Discovery, Paramount, and NBCUniversal.

HBO Max and Discovery+ parent Warner Bros. Discovery appears the most likely of the trio to succeed, with company executives still forecasting streaming profitability by 2024 following the merger of its two platforms. But reaching that target will require raising its subscriber count from roughly 90 million to 130 million, a potentially lofty target following a quarter with just 1.7 million net subscriber growth.

Paramount, on track to lose $1.8 billion on its streaming service this year, also has seen its streaming subscription growth taper off so far this year. Company officials aren’t providing a timeline for profitability, either.

“While the company has invested significant resources into streaming, the economics of this business remain difficult to sustain in our view,” a Barclays analyst wrote in a note to investors last week, according to The Hollywood Reporter.

As for NBCUniversal, look away Peacock fans. The platform’s subscriber base is way behind its rivals, it showed virtually no growth in the second quarter, and its quarterly losses just reached $467 million. While company officials chalked up the stagnation to a post-Olympics lull, it’s an excuse that doesn’t bode well for the future.

If Chapek’s strategy proves right, then long live the ascendant king—and off with the unprofitable peasants.

Some overseas opposition. The European Union’s governing body blasted a U.S. Senate proposal nearing passage that would expand tax credits for American buyers of electric vehicles, Reuters reported Thursday. A European Commission spokesperson argued the tax credit provisions, which state that automakers soon must use battery components made in North America to be eligible for a $7,500 subsidy, discriminate against foreign companies that export vehicles. The spokesperson also claimed that the legislation could violate World Trade Organization rules.

An in-depth investigation. Coinbase disclosed in its new quarterly report that the Securities and Exchange Commission is investigating multiple aspects of the cryptocurrency exchange’s operations, CoinDesk reported Wednesday. Company officials said federal regulators are probing their token listing processes, classification of assets, and yield-generating products, among other parts of the business. The inquiry follows an ongoing battle with the SEC over whether some cryptocurrency tokens qualify as securities, which would put them under the commission’s regulatory purview.

All systems Goerli? One of the final test runs before the Ethereum merge appears to have gone off without a hitch Wednesday evening, setting the stage for next month’s much-anticipated shift. Developers said a merge of the Goerli Ethereum test network showed no signs of significant issues, though the ultimate success of the effort might not be known until later Thursday. The planned September merge will take Ethereum from a proof-of-work consensus model to proof of stake, an upgrade designed to make the blockchain more efficient and environmentally friendly.

Sizing up screen time. Parents of Gen Zers, you’re not wrong. The kids are spending way more time on their phones these days—with YouTube taking up a huge chunk of their time. A new Pew Research Center survey of teenagers found 46% of respondents said they use the internet almost constantly, up from 24% in 2015. The rise correlates with the proliferation of smartphones among youth, as 95% of teens said they now have access to the devices, up from 22% in 2015. Questions about app preferences revealed that virtually all of the teens use YouTube, while roughly two-thirds access TikTok, Instagram, and Snapchat.

Meanwhile, Instagram was No. 3 on the list, with 62% of teens using it. Snapchat followed closely behind with 59% of respondents saying they used it.

‘One of the most dangerous and irresponsible actions by a car company in decades’: Activist Ralph Nader urges regulators to recall Tesla’s self-driving technology, by Tristan Bove

Tesla needs nickel to dominate the car industry. It just signed a $5 billion deal with the metal’s largest source, by Nicholas Gordon

Here’s how the pandemic-fueled surge in gaming is reshaping our understanding of its effects on mental health, by Arianna Huffington

Passing down Pikachu. Get ready to feel old, millennial readers. The Washington Post reported Wednesday that the now-classic video game Pokémon has become multigenerational, with parents bequeathing their love of catching ’em all to their kids. It’s the natural evolution of a franchise that turned 26 this year, with no signs of aging into obscurity. While the days of Game Boy and fuzzy animation are long gone, the central characters and premise of Pokémon continue to thrive as Generation Alpha picks up the phenomenon. As one parent told the Post: “Whether or not our daughter ends up being a Pokémon nerd like me, or us, doesn’t matter. What matters is that this is the way that we’re seeking to connect with her.”