‘One of the most dangerous and irresponsible actions by a car company in decades’: Activist Ralph Nader urges regulators to recall Tesla’s self-driving technology 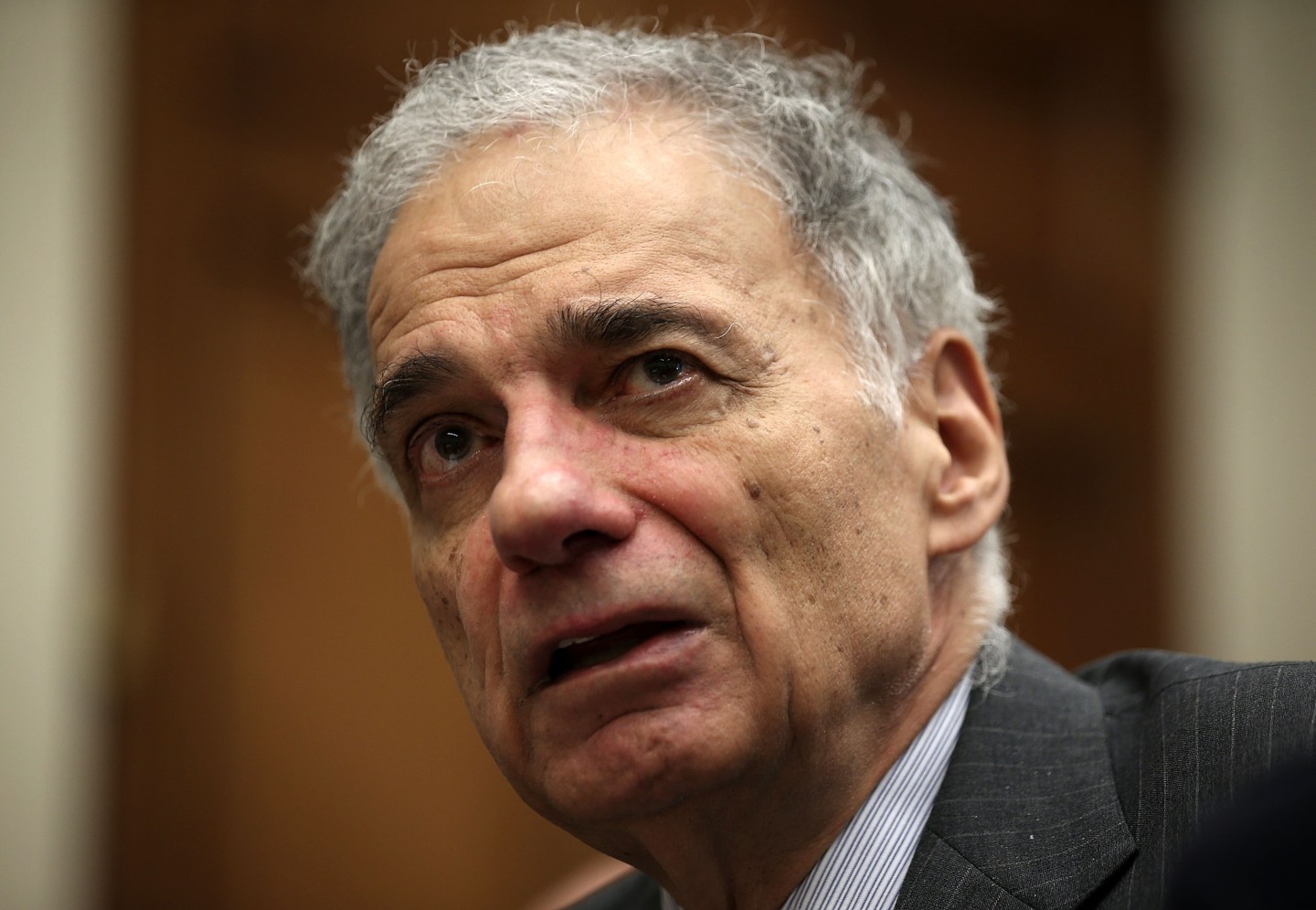 The man who forever changed vehicle safety standards in the U.S. has a scathing new message for Elon Musk and Tesla’s self-driving car technology: He thinks it’s dangerous, and regulators should get involved.

Musk has been touting self-driving cars as the next big thing for years, saying in 2015 that autonomous vehicles would be on the road within two years. While that timeline hasn’t come to fruition, Musk has not yet given up on his dream, nor has he tempered his ambitions. In May 2022, he stated that full self-driving (FSD) cars should be available by the same time next year.

But Musk’s big goal to accelerate the deployment of self-driving cars has not been without controversy. Now, Ralph Nader, four-time presidential candidate and a forefather of modern vehicle safety standards, has made his view on FSD vehicles clear.

Nader has called Tesla employing FSD systems in its cars “one of the most dangerous and irresponsible actions by a car company in decades” and that Tesla should “never have put this technology in its vehicles,” in a statement released Wednesday on his personal website.

He also urged the National Highway Traffic Safety Administration (NHTSA) to recall FSD technology from every Tesla vehicle in circulation.

“I am calling on federal regulators to act immediately to prevent the growing deaths and injuries from Tesla manslaughtering crashes with this technology,” he wrote.

Tesla did not immediately reply to Fortune’s request for comment.

Nader has long been one of the most influential figures in the American automotive industry.

He has been both a celebrity and a pariah for carmakers ever since 1965, when he published his bestselling book Unsafe at Any Speed, a scathing look at the automobile manufacturing industry and its refusal to implement and recommend safety features such as seat belts, airbags, and antilock brakes.

Nader’s book called for more government oversight of manufacturers and stricter regulation of vehicle safety standards, eventually leading to the formation of the federal agency that would become the NHTSA, a group that describes its mission as “save lives, prevent injuries, and reduce economic costs due to road traffic crashes.”

For his contributions to vehicle safety, Nader was even inducted into the Automotive Hall of Fame in 2016.

Despite the delays in bringing self-driving cars to market, Musk is still convinced that the technology will become a crucial component of Tesla’s business.

“The overwhelming focus is solving full self-driving,” Musk said during an interview last June. “That’s essential, and that’s really the difference between Tesla being worth a lot of money and being worth basically zero.”

But Nader’s criticisms of automated vehicles are only the latest in a string of doubts and obstacles for Tesla’s FSD ambitions, as owners have reported that the vehicles have been known to brake on highways without reason, while others have said the cars have faulty sensors causing them to unexpectedly come to a full stop and misidentify objects on the road.

Tesla’s self-driving cars have been the subject of an NHTSA investigation since last year, when the agency opened a “preliminary evaluation” over 11 reported crashes caused by Tesla vehicles equipped with its Autopilot or Traffic-Aware Cruise Control features. The accidents injured 17 people and killed one woman.

Last June, the agency upgraded its investigation to an “engineering analysis” status, which will open the company and the Autopilot system to a higher level of scrutiny. At the time, the NHTSA said it was investigating as many as 35 crashes that occurred with Autopilot engaged, including nine fatal ones leading to 14 deaths, the New York Times reported. The agency clarified that it has not confirmed whether these accidents were directly the result of Autopilot defects.

Also in June, the NHTSA announced that it had received 400 crash reports in the past 10 months involving vehicles with FSD systems, of which 273 were Teslas.

In his statement, Nader urged the public to get the government involved and called for stricter regulation of the use of FSD in Tesla’s vehicles.

“Together we need to send an urgent message to the casualty-minded regulators that Americans must not be test dummies for a powerful, high-profile corporation and its celebrity CEO. No one is above the laws of manslaughter,” he wrote.