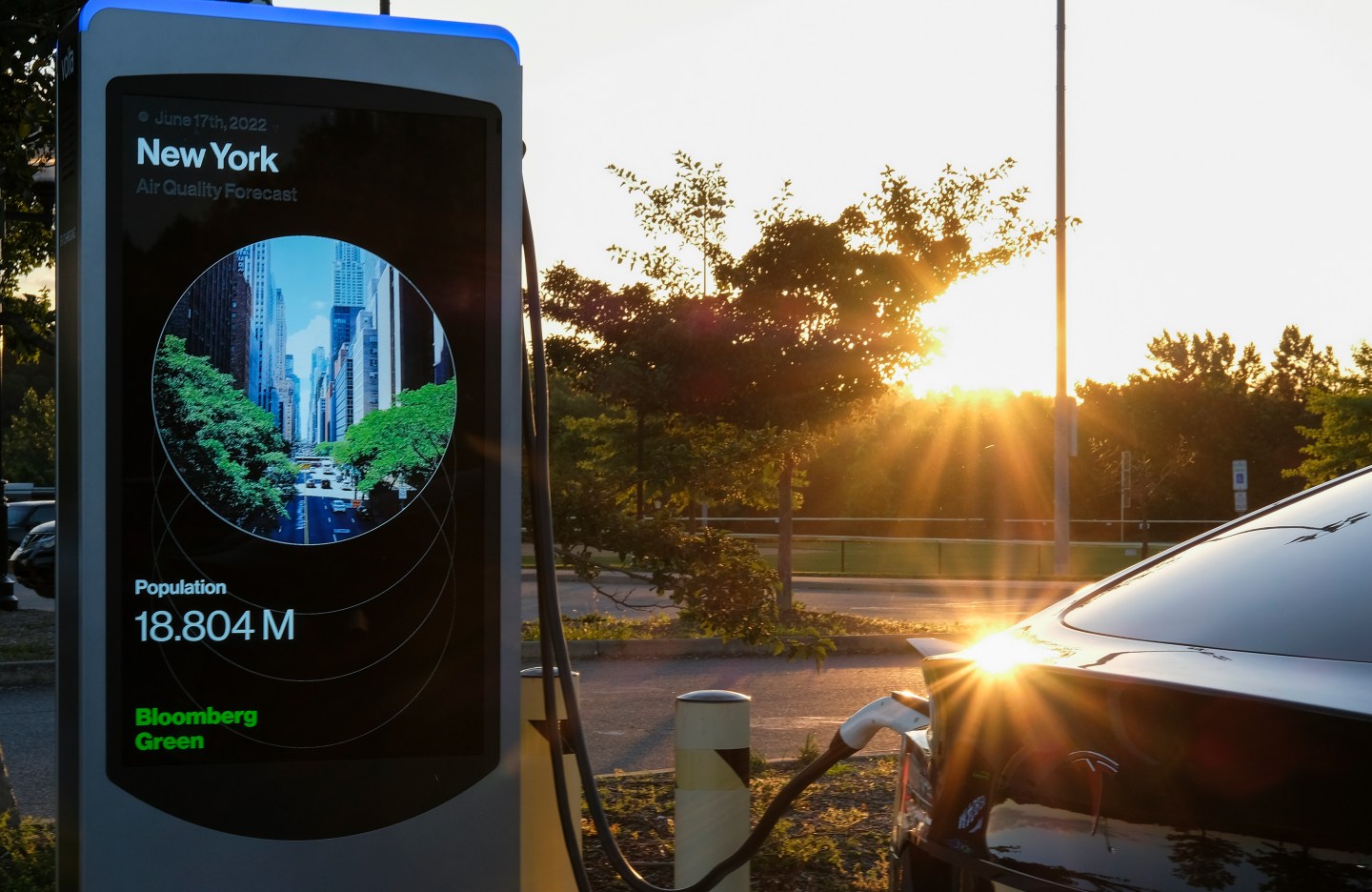 A barrelful of digital ink has been spilled over the past week on the intricacies of new electric vehicle tax credits in the Senate’s climate-and-tax bill, including provisions that aim to wean automakers off Chinese EV-battery supply chains.

Many press reports have fixated, understandably so, on lawmakers tying a $7,500 EV tax credit to strict limits on using battery minerals and components sourced from China and other U.S. geopolitical foes. Potential beneficiaries argue the targets are ambitious but doable, giving automakers much-needed incentive for reducing their reliance on Chinese partners. Critics deem the standards virtually unattainable, dooming the U.S. to another decade of climate inaction.

Amid all this hubbub, however, one article stands out as most prescient when it comes to automakers’ EV angst.

A Politico dispatch earlier this week highlighted how the current teeth-gnashing misses a quintessential reality of Washington: that the federal bureaucracy will have a chance to sculpt and bend the ultimate outcome of the bill. (The House and President Joe Biden still need to approve the package, though both are expected to sign off in the coming days.)

In short, Politico’s Tanya Snyder and Alex Daugherty write that multiple federal agencies will make key decisions in the coming years on how to implement the legislation, calls that could reshape the bill after it becomes law. Through a mix of liberal rulemaking and creative time extensions, federal officials could make it easier—or even harder—for automakers to access the coveted tax credits.

“All it may take to unlock the tax credits Democrats hope will spur Americans to get rid of their gas guzzlers are some creative definitions—a bureaucratic specialty,” Snyder and Daugherty wrote.

For automakers desperate to lower the price of their EVs, these choices could prove paramount.

Under the first provision, at least 40% of a vehicle’s battery minerals must be sourced from North America or a U.S. trading partner starting in 2024. More pressingly, automakers cannot source minerals from a “foreign entity of concern,” a list that includes China, by 2025.

Critics of these thresholds have noted that a tiny fraction of EVs would be eligible for tax credits in the early years, given the lengthy ramp-up time for domestic mineral and component sourcing. Even automakers at the forefront of domestic production, such as Tesla, would struggle to meet those standards.

As a result, Congressional Budget Office estimates suggest only 145,700 buyers would receive the tax breaks through 2025. For perspective, consider that automakers sold about 172,700 EVs to U.S. buyers in the first quarter of 2022 alone, according to Bloomberg.

“It’s unclear whether any [EVs] will qualify,” Jay Turner, an environmental studies professor at Wellesley College and author of Charged: A History of Batteries and Lessons for a Clean Energy Future, told E&E News. “This may well backfire.”

Yet as Snyder and Daugherty wrote, the legislation will put power in the hands of the Treasury and the IRS to define what interactions with foreign entities might be allowed, as well as how to classify the difficult-to-determine provenance of battery minerals.

Ronald Reagan famously said that the nine most terrifying words in the English language are “I’m from the government, and I’m here to help.” For climate advocates and electric automakers, those words could become music to their ears.

Cashing in their chips. President Joe Biden signed a bill Tuesday that provides $52 billion in federal subsidies to semiconductor manufacturers, a long-awaited end to more than a year of legislative machinations, the Washington Post reported. Supporters of the subsidies argue they will help spur domestic chip production, reducing American companies’ reliance on foreign companies and lessening the possibility of severe supply-chain disruptions. The corporate benefits are part of a broader $280 billion legislative package, known as the CHIPS Plus Act, that also includes money for semiconductor and scientific research.

Back in big business. TikTok parent ByteDance has acquired one of China’s biggest hospital chains in a $1.5 billion deal, joining other tech giants expanding their market share in the health care sector, Bloomberg reported Tuesday. Sources told Bloomberg that ByteDance recently took full ownership of Amcare Healthcare, which operates a chain of women’s and children’s hospitals in the republic’s largest metropolises. The agreement marks one of the highest-profile tech mergers since President Xi Jinping’s administration launched a crackdown on the industry in late 2020.

Feeling the gaming blues. Nvidia drastically cut its revenue forecast for the most recent quarter ahead of its late-August earnings report, warning that a broad decline in gaming-related sales hit the chipmaker particularly hard, the Wall Street Journal reported Monday. The California-based firm said it now projects $6.7 billion in revenue for the quarter ended July 31, down from its expectation of $8.1 billion made in May. In related news, fellow chipmaker Micron cautioned that its current-quarter revenue would come in at or below its initial projections owing to weakening personal computer and smartphone demand, Reuters reported.

Peace, Lovin, and Unity. Mobile marketing firm AppLovin has made a $20 billion offer to purchase video game company Unity Software, aiming to secure its third major acquisition in the past 12 months, Barron’s reported Tuesday. AppLovin said the deal, if approved, would broaden the company’s footprint in mobile gaming and expand its software business. Unity Software officials said they are reviewing the offer, which represents a 18% premium on the company’s Monday closing share price.

Not just semi-mad. China’s well-known impotence when it comes to designing and manufacturing cutting-edge semiconductors is reaching a boiling point. Bloomberg, citing sources familiar with top government officials’ thinking, reported Tuesday that Chinese leaders are fuming over the lack of innovation at companies benefiting from tens of billions of dollars in subsidies. Chinese officials have launched several anti-corruption investigations in response to the slow pace of progress, stunning an industry that has received favorable treatment from the government in recent years. The crackdown comes as the U.S. prepares to dole out $52 billion in semiconductor subsidies, which forces recipients to halt any new development of advanced chipmaking facilities in China.

This year, various government agencies began reviewing contingency plans for strategically important industries, in the event of stricter U.S. sanctions, the [sources] said. When senior officials examined the report on the chip sector last month, it became clear advances in the field may have been overstated and that many investments had failed to bear fruit, the people said.

That ran contrary to a long-held belief that Beijing need only throw enough money at the problem. Xi has repeatedly urged breakthroughs in key technologies as the world faces “great changes not seen in a century.”

‘It is painful to see some of these offensive responses’—Meta defends its occasionally anti-Semitic BlenderBot 3 chatbot, by David Meyer

Take-Two CEO says recession is here for video game companies, but they should rebound by the end of 2023, by Chris Morris

Federal workers are advertising their security clearances on LinkedIn. Agencies say those are ‘top secret’ for a reason, by Chloe Taylor

Snap will let parents monitor who their teenage children are messaging, by Alex Barinka and Bloomberg

Oh Man, really? Whoever came up with this idea needs to waka waka right back out the door. Bandai Namco, the company behind Pac-Man, and a production company are developing a live-action film based on the iconic arcade game, according to The Hollywood Reporter. Look, I get that nobody likes to take a chance on original IP these days. And sure, Sonic the Hedgehog became a surprise smash at the box office, with a third movie now set for release around Christmas 2024. But I’ll be a-mazed if this isn’t a train wreck. And if I’m wrong, I’ll happily eat my pellets.