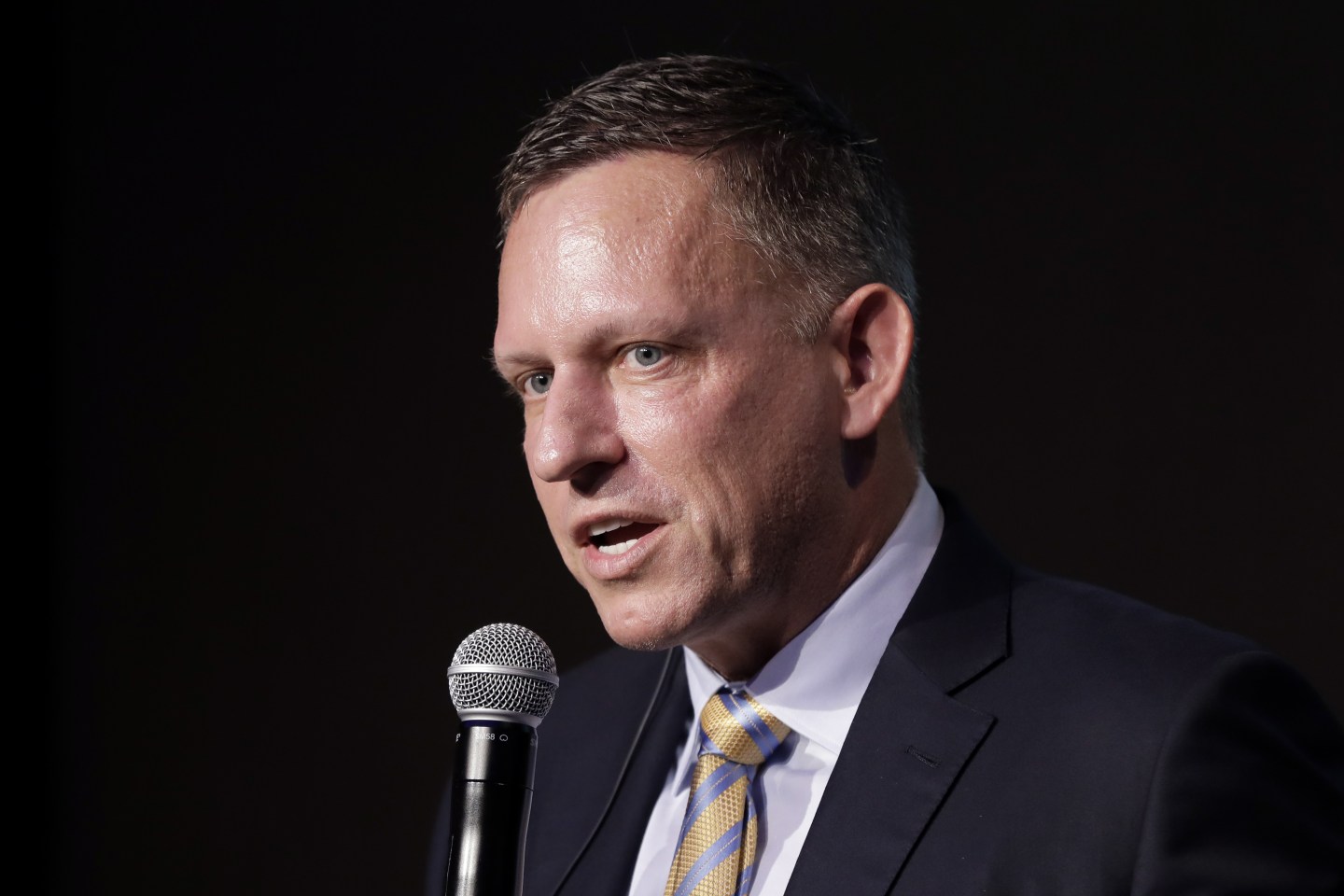 Peter Thiel, cofounder and chairman of Palantir Technologies, at a news conference in Tokyo in 2019.
Kiyoshi Ota—Bloomberg/Getty Images

Heads up, eHarmony. Take cover, Tinder. Peter Thiel is launching a dating app to take you on.

The venture capitalist and political activist, who was one of the first backers of Facebook, has invested $1.5 million into The Right Stuff, a dating app that will focus on matching people who have Conservative political philosophies.

Set to launch next month, the app will be free, but can only be accessed via invitation, according to a promotional video that featured Ryann McEnany, sister of former Trump press secretary Kayleigh McEnany.

“The Right Stuff is all about getting into the right dating pool with people who share the same values and beliefs as you,” McEnany said in the video. “We’re sorry that you’ve had to endure years of bad dates and wasted time with people who don’t see the world our way. The right way.”

The app will not welcome transgender or nonbinary people and eschews features it considers “woke,” such as gender-neutral pronouns.

“Those are the only two options: ladies and gentlemen,” said McEnany.

While McEnany might be the face of the operation and Thiel, who is one of the biggest political donors to Republican candidates in 2022, might be the bank, neither is a founder. The Right Stuff was cofounded by John McEntee, a personal aide to Trump and director of the White House presidential personnel office, and Daniel Huff, a Trump appointee in the Department of Housing and Urban Development and former White House adviser, according to The Hill.

The app is currently focused on attracting women, offering free premium memberships, assuming men will follow. That’s a strategy that has worked for some other dating apps, such as Bumble.

The idea of a Conservatives-only dating app isn’t a new one. Previous attempts include Righter, Donald Dater, TrumpSingles, and Conservatives Only.