Tesla needs nickel to dominate the car industry. It just signed a $5 billion deal with the metal’s largest source 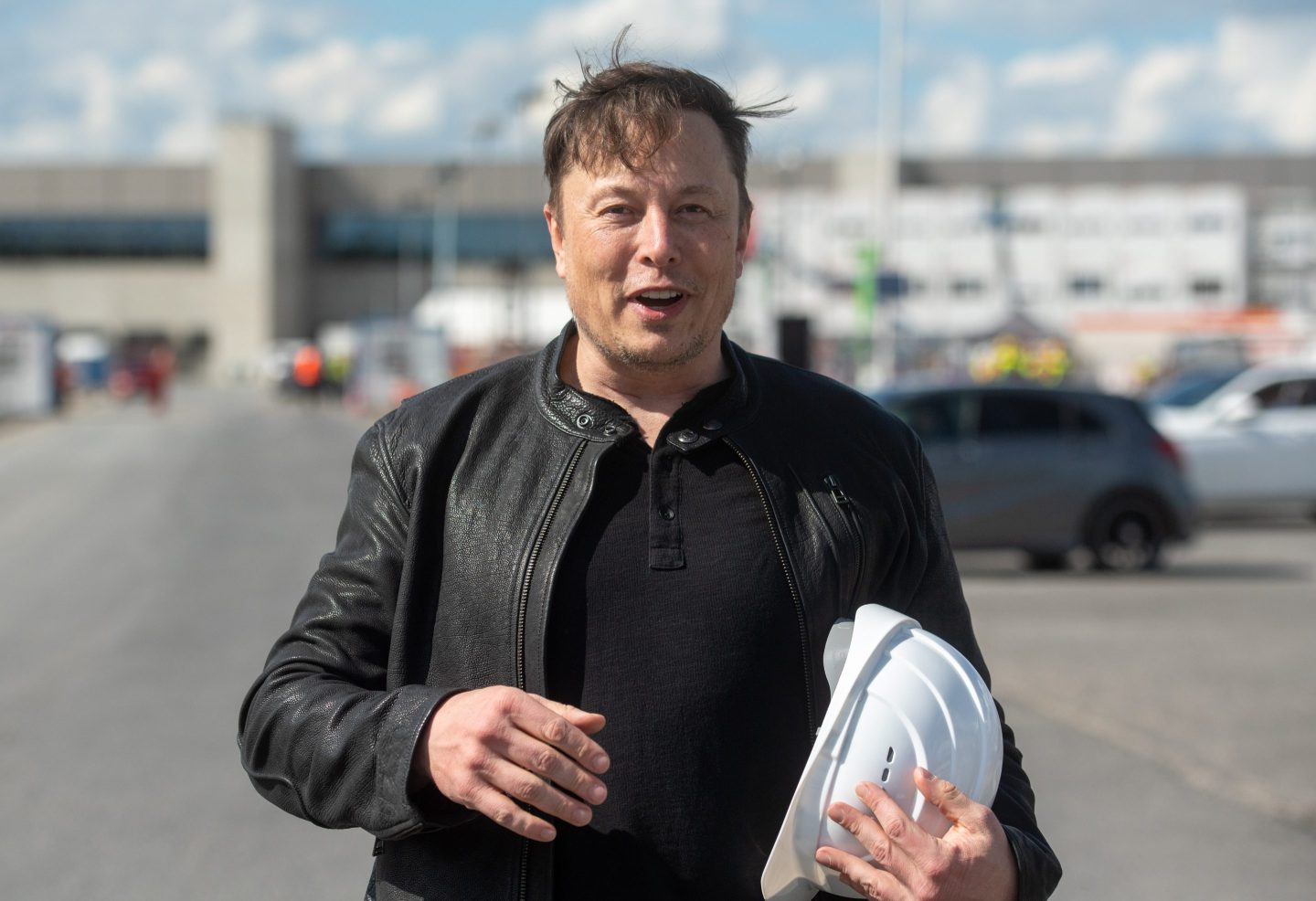 Indonesian government officials announced that Tesla had agreed to buy $5 billion worth of nickel products from the country.
Christophe Gateau—Picture Alliance/Getty Images

If Elon Musk wants to sell 20 million cars a year by 2030, he’ll need a lot of nickel—a key metal used in the electric batteries that power Tesla cars. And now, after years of wooing, the largest source of the metal seems to have won the Tesla CEO over.

On Monday, an Indonesian cabinet minister told CNBC Indonesia that Tesla had agreed to buy $5 billion worth of nickel products from the Southeast Asian country over the next five years. Indonesia is the world’s biggest source of nickel, with about 23.7% of the world’s reserves, according to the U.S. Geological Survey. (The U.S. imports most of its nickel—which is also used to make alloys like stainless steel—from Canada, Norway, Finland, and Australia).

Luhut Pandjaitan, Indonesia’s coordinating minister for maritime affairs and investment, told CNBC Indonesia that Tesla could buy even more from the country, saying that officials “are still in constant negotiation with Tesla.”

Tesla is hungry for metals like nickel as it tries to ramp up electric vehicle production. Some of the batteries used in Tesla EV models consist of 80% nickel. But it’s unclear as of now if the Indonesia deal fulfills Musk’s 2020 promise to award “a giant contract for a long period of time” to anyone who could “mine nickel efficiently and in an environmentally sensitive way.”

The Tesla deal is a victory for Indonesian President Joko Widodo, who has encouraged Musk to invest more in the country, including in its nickel production. Widodo even made a detour during his trip to Washington earlier this year to see Musk in person at the SpaceX launch site in Boca Chica, Texas.

Indonesia banned exports of nickel ore in January 2020 to push foreign investors to build local processing and refining facilities, and thus allow the Southeast Asian country to capture more of the nickel value chain. Rather than setting up a local facility, Tesla is working with local Indonesian processors to source its nickel products. Tesla may also soon build battery and vehicle factories in the country, as officials claimed in May.

Not everyone in Indonesia is happy with efforts to expand nickel mining and processing. In late July, Indonesian and U.S. environmental groups sent a letter to Musk and Tesla shareholders accusing the local nickel industry of cutting down forests, polluting water sources, and uprooting indigenous communities. The letter asked Tesla to terminate plans to invest in Indonesia, and to stop using the country’s nickel in its cars.

It’s unclear if Tesla’s Indonesia deal makes good on Musk’s call for “environmentally sensitive” nickel mining. Tesla is buying nickel products, rather than nickel ore itself, meaning it’s one step removed from the extraction process. Mining companies that have signed nickel deals with Tesla, like Vale or Kabanga Nickel in Tanzania, have trumpeted their efforts to extract the metal with lower carbon emissions.

According to Pandjaitan, Tesla agreed to work with nickel processing companies based in the Indonesia Morowali Industrial Park, on Sulawesi Island.

Tsingshan’s founder, Xiang Guangda, notoriously caused a rapid surge in nickel prices in March. Xiang had tried to short the price of nickel, but rising prices sparked by the war in Ukraine created a short squeeze, causing nickel to rise to over $100,000 per ton. The London Metal Exchange controversially suspended and even reversed trades to bring down the price of nickel, and kept trading suspended until Xiang could negotiate a solution with his creditors.

The price of nickel has cooled significantly since March, now standing at $21,561 per ton, just slightly above where it was at the start of the year.