Crypto just suffered its worst first half ever. Now what? 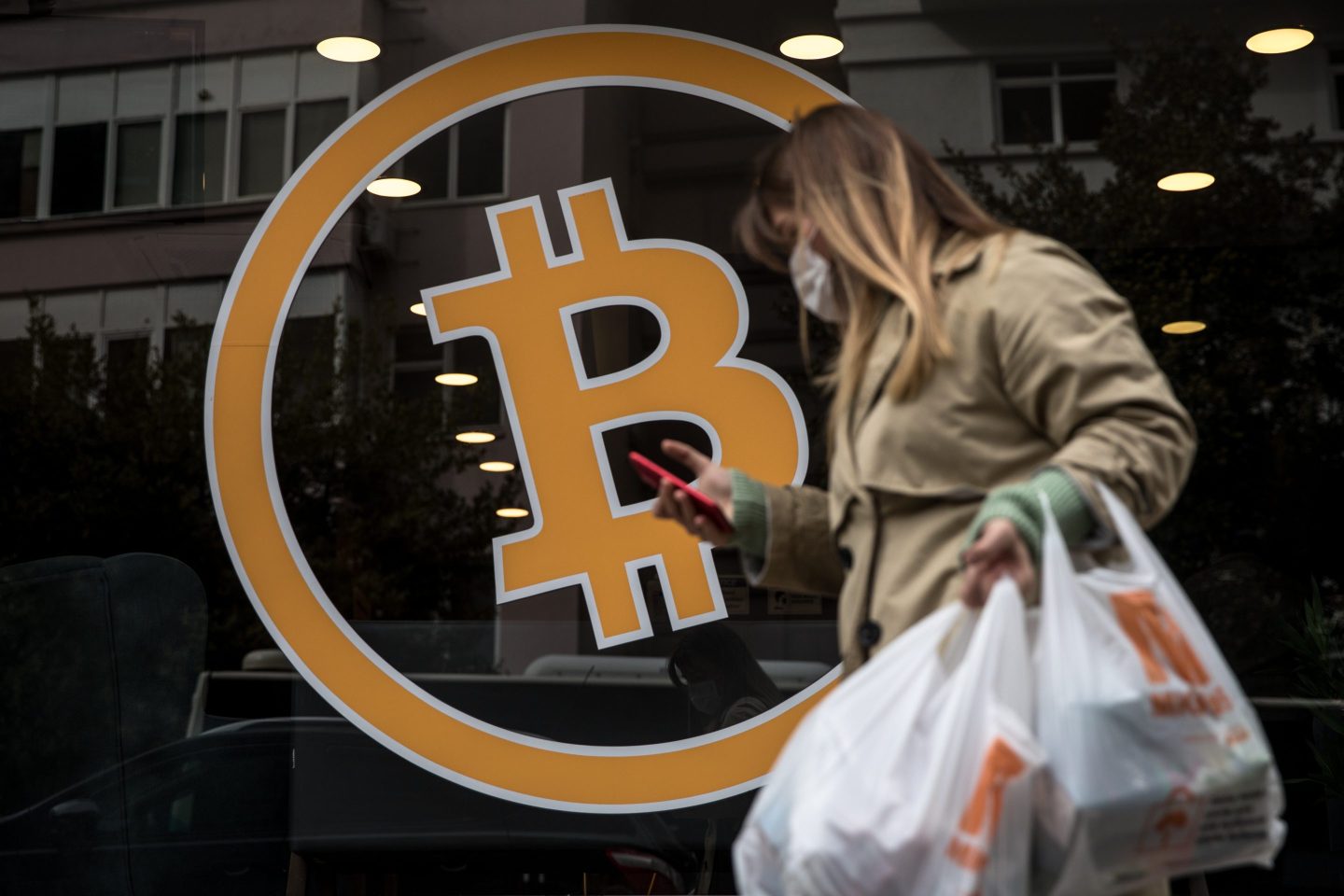 With the Federal Reserve raising interest rates and the implosion of an algorithmic stablecoin, Bitcoin just suffered its worst first half ever.
Chris McGrath—Getty Images

A reckoning. A correction. A winter. A bear market. A comeuppance.

Whatever your preferred descriptor for the current state of the cryptocurrency markets, the underlying reality is the same: It’s nasty out there.

Eight weeks ago, I wrote an essay for this very newsletter entitled “Crypto’s no good, very bad week just keeps getting worse.” And well, to state the obvious, it hasn’t gotten much better.

The no good, very bad times began with a supposedly stable stablecoin by the name of TerraUSD imploding, but the shockwaves have been felt just about everywhere in the weeks since. Three Arrows Capital, a crypto hedge fund with heavy exposure to the Terra ecosystem, has been ordered into liquidation and filed for Chapter 15 bankruptcy protection. A flurry of crypto lenders with exposure to Three Arrows have since been hit. And that’s to say nothing of the everyday investors who used their services during the run-up in crypto prices, pinning their life savings to the promises of double-digit APY. “I trusted these people,” Jacob Willettee, a DoorDash delivery driver who at one point had $120,000 of stored valued with Celsius, a crypto lender that suspended withdrawals in June, told The New York Times. “I just don’t see how what they did is not illegal.”

It was, all told, the worst first half ever for crypto, with Bitcoin sliding nearly 60%, Dogecoin down 62%, and Ethereum collapsing by more than 70%.

Well, despite the turn in the calendar to the back half of 2022, little seems to have changed so far to assuage fears over contagion in the cryptoverse. On Tuesday, Voyager Digital, the Canadian-listed crypto broker, filed for bankruptcy, and, the next day, Genesis revealed that it too had exposure to Three Arrows. Meanwhile, there’s the looming threat of a recession in the U.S. Token prices may have bounced back from their deepest plunge in 2022, but they appear stuck. And on-chain activity among Bitcoin investors has plunged to levels last seen during the “deepest bear phase in 2018 and 2019,” according to an analysis from market intelligence firm Glassnode.

Crypto does have its white knights—none more prominent than Sam Bankman-Fried, who has swooped in to help stabilize some of his teetering crypto peers. Bankman-Fried’s U.S. crypto exchange, FTX.US, extended a credit line—and an option for future acquisition—to troubled lending platform BlockFi, and his crypto trading firm Alameda offered a line of credit to Voyager before its bankruptcy filing. With deep checkbooks at the ready, Bankman-Fried and other crypto billionaires very may well be able help offset the worst of the worst. Bankman-Fried would certainly step up in a big way, if need be, with Reuters reporting that the FTX CEO told the publication that the firm has enough cash on hand to do a $2 billion deal. (Though, FTX does have its limits, as The Block reported last week that the exchange walked away from deal talks with Celsius at one point.) “If all that mattered was one single event, we could get above a couple billion,” the crypto billionaire said, adding that the worst has likely already happened.

And yet, even then, until the crypto market begins to bounce back, the collateral damage—that is, the fallout that began to pepper the industry in the second quarter—is bound to continue well into the back half of 2022.

“Equity investors, creditors, and employees of many of these troubled companies stand to lose if their situation doesn’t improve,” Ninepoint Digital Asset Group managing director Alex Tapscott wrote in Fortune last week. “Bankman-Fried and other individuals and companies with a vested interest have deep pockets but are facing down the same challenges that many in this economy are dealing with—high inflation, rising rates, and more. Prepare for a bumpy couple of months.”

Bitstamp has canceled plans to implement an "inactivity fee" on its users.

Visitors and residents of Las Vegas will soon be able to make their way around town on The Boring Company-made Loop by paying with Dogecoin.

Three executives at JPMorgan are jumping into crypto, joining the likes of the Algorand blockchain project, Digital Currency Group, and Pantera Capital.

A fake job offer to a staffer at Axie Infinity developer Sky Mavis opened a gateway for hackers to access the Ronin network and walk away with $540 million in crypto.

Sen. Cynthia Lummis of Wyoming does not see the Responsible Financial Innovation Act as undercutting the SEC's authority.

Federal employees who personally own crypto cannot work on crypto-related policy and regulation, according to the Office of Government Ethics.

Jim Cramer of CNBC fame thinks it's "time for crypto!!"

Dutch & Razzlekhan. Nearly six years ago, hackers stole 119,754 Bitcoins from Bitfinex in what would turn out to be the richest heist—not just in crypto—but of all time with the stolen crypto valued at more than $8 billion in 2021. For years, the hack perplexed investigators, with the Bitcoins largely sitting untouched. And then, eventually, they got a lead in the form of an oddball New York City couple—one of whom had made a name for themselves as a rapping copywriter known as Razzlekhan and the other an affiliate marketer turned ad tech company founder, turned angel investor, who had seemingly on more than one occasion eaten cat chow. In a new story, Bloomberg Businessweek's Zeke Faux dives into the couple known as Dutch & Razzlekhan, the 2016 Bitfinex heist, and how investigators found the duo.

The only information Bitfinex had was the 34-character addresses on the blockchain where the hackers sent the money. In an attempt to get help from the public, the company put those addresses on the internet for all to see. For years, most of the funds stayed in those digital wallets, more or less untouched, even as Bitcoin went from being a nerdy curiosity to fueling a global mania that pushed its price up more than 100-fold. By 2021 the stolen Bitcoins were worth more than $8 billion, making the theft the richest in history. The money was sitting right there, but there was no obvious way to figure out who’d taken it. And without the hackers’ private keys, there was no way for police to get it back.

But in Grand Rapids, Mich., an Internal Revenue Service agent working from his basement had found a clue. The wallets seemed to be connected to a New York City couple in their early 30s: Ilya Lichtenstein and Heather Morgan.

Judging from social media, these two didn’t exactly appear to be criminal geniuses. Lichtenstein, who goes by Dutch, had curly hair and an impish grin, like a baby-faced Elijah Wood. He seemed very fond of the couple’s Bengal cat, Clarissa. Morgan’s thing was music—extravagantly bad music that she wrote, performed, and released in videos on YouTube and TikTok. In one, she danced and pretended a toy reptile was her penis. In another, she gyrated down the streets of the Financial District wearing a gold track jacket, a fanny pack, and a flat-brimmed hat reading “0FCKS.” She called herself the “motherf---ing crocodile of Wall Street.” In one song, she even bragged about her hacking skills: “Spearphish your password / All your funds transferred.” Her rap name was Razzlekhan.

In the world of crypto, there are plenty of ways to "earn" some cash, or at least there were during the market's stunning rise over the last two years before its recent declines. You could have simply traded some tokens. You could have used a lending platform to leverage your tokens into gains of upwards of 18% a year. You could have even just walked. Or at least that's the promise behind Stepn, a so-called "move-to-earn" app that at its most basic level rewards users for walking. But, as New York Magazine's Kevin Dugan found out, the promise is littered with plenty of intricacies that when combined together tend to offset many of the rewards and bear a striking resemblance to some of Wall Street's wonkiest products. In Dugan's case, for instance, buying a sneaker NFT for five Solana (about $200) has so far only netted 10.04 green satoshi tokens—a little more than a dollar.

Is the future of crypto regulation on tribal land? by Jessica Mathews

The likelihood of a U.S. recession jumps to 38% in a new Bloomberg report by Colin Lodewick

We're keeping it simple in this lesson of If You Don't Know, Crypto. The topic du jour? Altcoins. Today, as I write this, there are 20,143 cryptos in existence, according to CoinMarketCap. Of those, anything other than Bitcoin is an altcoin. ETH, the second largest crypto in existence? Altcoin. DOGE, the joke crypto turned favorite of Elon Musk? Altcoin. YUMMI, the 9932nd cryptocurrency for the Yummi Universe on the Cardano blockchain? Altcoin.