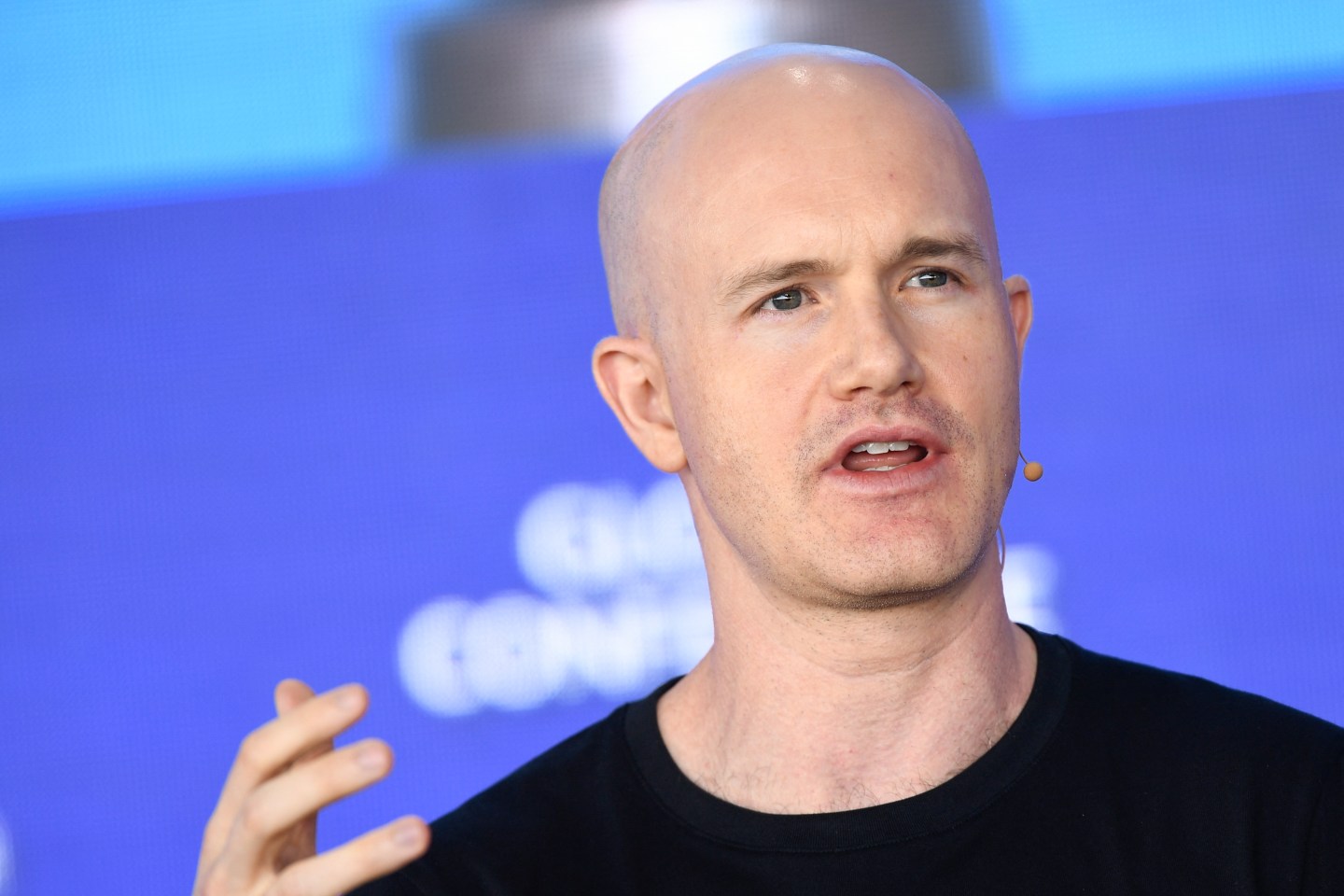 Fresh from laying off over a thousand employees, Coinbase CEO Brian Armstrong looks to keep pace with rivals Binance and FTX by expanding in Europe.
Patrick T. Fallon—AFP/Getty Images

Coinbase may have just laid off U.S. staff to better weather the crypto downturn, but that hasn’t diminished its appetite for growth elsewhere.

The popular exchange is seeking licenses to operate in a number of new markets in order to expand its footprint in Europe, according to its vice president of international and business development.

“It’s almost like an existential priority for us to make sure that we are able to realize our mission by accelerating our expansion efforts,“ Nana Murugesan told Bloomberg.

In addition to recently starting in Switzerland, it began seeking permission to operate in EU countries Italy, Spain, France and the Netherlands, on top of its existing markets in Germany, Ireland and the UK.

“The UK is now a massive part of our business, as is Europe,” Murugesan said in a separate interview with CNBC on Thursday. “It’s paid off, significantly.”

Coinbase, the largest and most popular crypto exchange in the U.S., is an investment story pitting acclaimed bull Cathie Wood against Jim Chanos.

While veteran short-seller Chanos has bet the fat fees it earns will continue to compress, the founder of ARK Invest believes disruptive tech stocks like Coinbase are in deep value territory.

So far this year, Chanos is in the lead, with shares plummeting 81% since January, versus a 30% drop in the broader Nasdaq composite.

As a result, management led by Founder and CEO Brian Armstrong has earned criticism for continuing to bulk up since markets peaked in November.

A full quarter of its roughly 5,000 staff at the end of March started at the company over the first three months of this year—including Murugesan, who joined from Snap.

Armstrong responded by sacking nearly a fifth of the company last month, apologizing in a post for informing the mostly U.S. staff via an email to their private accounts since their corporate one had already been deactivated.

“For the past few months, adding new employees has made us less efficient, not more,” he wrote in mid-June, admitting “it is now clear to me that we over-hired.“

Nevetheless, other crypto exchanges not operating under the corset of U.S. financial regulations are using the slump to expand their footprint and consolidate power.

Bahamas-based platform FTX is capitalizing on a fire sale of assets including crypto lender BlockFi to grow, while industry leader Binance, registered in the Cayman Islands, has openly courted former employees downsized at its rivals with the promise of a job.

Bulking up in Europe does not come without its own potential pitfalls for Coinbase, however.

On Thursday, the European Union’s three main branches of government agreed on a landmark bill called Markets in Crypto Assets (MiCA) that is the first major regulatory stab at policing the market that would see a full rollout before the end of 2024.

While crypto advocates say MiCA will stifle innovation in the sector, policymakers praised it as an end to the industry’s Wild West ways that nevertheless will not punish competing technologies like Proof-of-Work.

Should European Central Bank president Christine Lagarde have her way, it could eventually expand MiCA to include regulating assets without issuers like Bitcoin, as well as crypto staking and lending.

MiCA does come with an important benefit, however. It creates one harmonized set of regulations across a 27-member state bloc with roughly 450 million inhabitants that would make any further Coinbase expansion in the EU substantially easier.

“What Europe’s policy makers have called for in response to these concerns may on the surface seem onerous and anti-innovation to MiCA’s detractors,” wrote Dante Disparte, chief strategy officer at USDC stablecoin issuer Circle, “deeper down it offers a pathway for Europe to emerge as a competitive region for the safe, sound development of an always-on financial system.”