The crypto crash resembles the Panic of 1907, with Sam Bankman-Fried in the role of J.P. Morgan 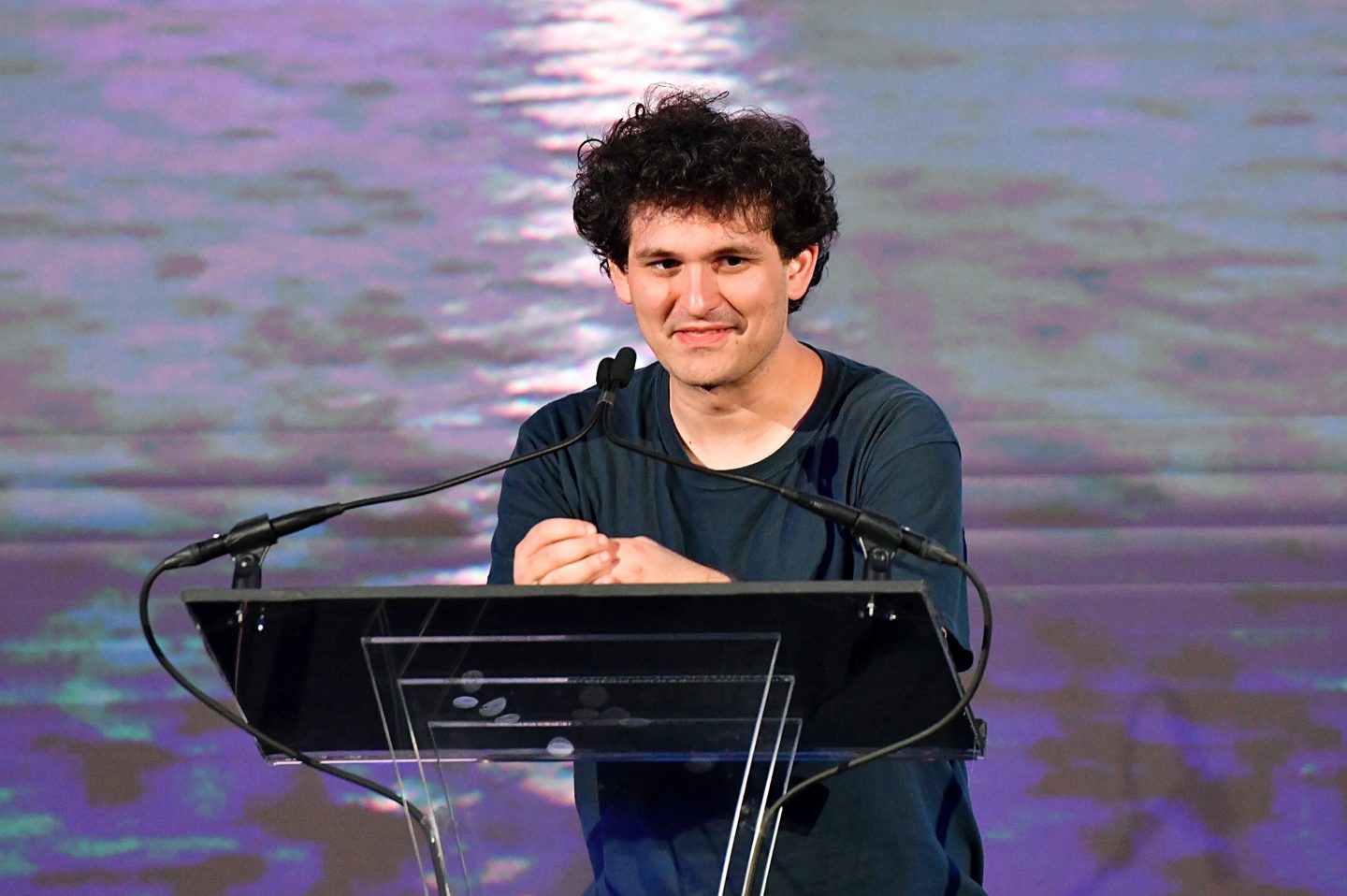 Sam Bankman-Fried, founder of cryptocurrency exchange FTX. “That markets are investing so much into the whims of a single individual reveals how nascent crypto still is,” writes Alex Tapscott.
Photo by Craig Barritt/Getty Images for CARE For Special Children

During the 19th and early 20th centuries, in an era before government bailouts became de rigueur, private banks and even some individual citizens had enough financial resources and influence to step into financial panics to calm markets. They were often the only lender of last resort. Cornelius Vanderbilt stepped in to quell the Panic of 1873, rescuing a few troubled railroads (and becoming the undisputed titan of the industry as a result). Vanderbilt became so powerful that his mere presence strolling down Wall Street could provide brokers the confidence they needed to buy stocks.

Even more famously, during the Panic of 1907, J. Pierpont Morgan played an almost godlike role, deciding which firms would die, such as Knickerbocker Trust, and which would live, such as Trust Company of America and National City Bank of New York. With the support of the U.S. Treasury, but also the country’s wealthiest men, including John D. Rockefeller, Morgan was able to calm the public and prevent a wider crisis.

The crypto industry is now going through a credit crisis and crisis of confidence not unlike those that afflicted Wall Street in 1907. Today, 29-year-old crypto-entrepreneur and billionaire Sam Bankman-Fried, also known as SBF, has begun to step into the carnage to scoop up distressed assets or lend money to troubled businesses. Channeling his inner Morgan with a hint of Warren Buffett, Bankman-Fried is being greedy when others are being fearful—with the added benefit of boosting confidence amongst shaky investors. Last Tuesday, his firm FTX signed a term sheet for $200 million with crypto lender BlockFi, a day after announcing the acquisition of Canadian crypto exchange Bitvo. A few days earlier, he bailed out another crypto lender, Voyager, via the hedge fund he also owns, Alameda Research, doubling down a few days later with a $250 million facility from FTX.

Now FTX is being rumored as a bidder for troubled brokerage Robinhood, which became famous (and arguably infamous) for its role in the meme-stock boom. The day the rumors started flying, Robinhood stock had to be halted as it hit the “limit up” circuit breaker when stocks go vertical, suggesting the markets take any whiff of Bankman-Fried’s involvement deadly serious. Denials from the company did not slow down the rumor mill, which is churning through ideas of what company SBF will bid on next.

Notably, a few weeks ago, Bankman-Fried was rumored as a white knight for Terra Luna and the stablecoin UST, which at the time had de-pegged from the U.S. dollar. Perhaps in the same way J. Pierpont Morgan concluded the Knickerbocker Trust was beyond saving, SBF demurred when given the chance to provide rescue funds to Luna or UST. UST and Terra Luna soon collapsed. Kingmaker, indeed.

That markets are investing so much based on the whims of a single individual reveals how nascent crypto still is. Wall Street long ago became accustomed to expect a bailout when things got really bad. This reflects the outsize role of government and central banks in our economy. In traditional finance, even the biggest publicly traded banks, corporations, and wealthiest citizens pale in comparison to the power and influence of the Federal Reserve and U.S. government. They are the lender of last resort and the backstop for economic catastrophe: When the Financial Crisis hit a boiling point and when COVID paralyzed the economy, the Fed and Congress were there to rescue the markets. Even when banks have worked together in modern times to stabilize the markets using their own resources, it’s usually with the not-so-invisible hand of the Fed brokering the deal, as in the case of the hedge fund Long-Term Capital Management in 1998.

Crypto, by contrast, is on its own, paving a road to a brave new world where finance is automated, digital, and peer to peer, while reliving some of the pains of the past.

A bank by any other name smells just as iffy

The most troubled entities in the crypto industry are centralized intermediaries who have found themselves struggling to meet their liabilities. By contrast, most DeFi (decentralized finance) protocols, which automatically connect willing market participants peer-to-peer using smart contracts, have been unaffected operationally, though they have seen their assets (known as total value locked or TVL) and user activity drop quite precipitously.

The problem, therefore, is not too much decentralization in crypto but too much centralization in corporate intermediaries, whose inner machinations and financial health are concealed from the public. The contrast with DeFi, where information and code are out in the open to be audited and verified, is stark. For example, we know that DAI, the popular decentralized stablecoin, is overcollateralized because its entire code base and wallet balances are in the public domain, “on chain” as it were. DeFi will survive this crisis, but centralized crypto banks and other shadow lenders may not.

The government appears to be indifferent to the financial health of any single crypto company, and at this point regulators are not concerned with any kind of spillover from crypto into the financial markets. To be clear, the crypto industry has gone through its ups and downs and will survive this, and we expect it will come out stronger than ever. But in the meantime, there could be some collateral damage.

Equity investors, creditors, and employees of many of these troubled companies stand to lose if their situation doesn’t improve. Bankman-Fried and other individuals and companies with a vested interest have deep pockets but are facing down the same challenges that many in this economy are dealing with—high inflation, rising rates, and more. Prepare for a bumpy couple of months.

Alex Tapscott is managing director of the Ninepoint Digital Asset Group (a division of Ninepoint Partners LP). His next book, Digital Asset Revolution, will be published on July 12, 2022. This article is for information purposes only and should not be relied upon as investment advice. The author or his employer may have investments in some of the companies mentioned.