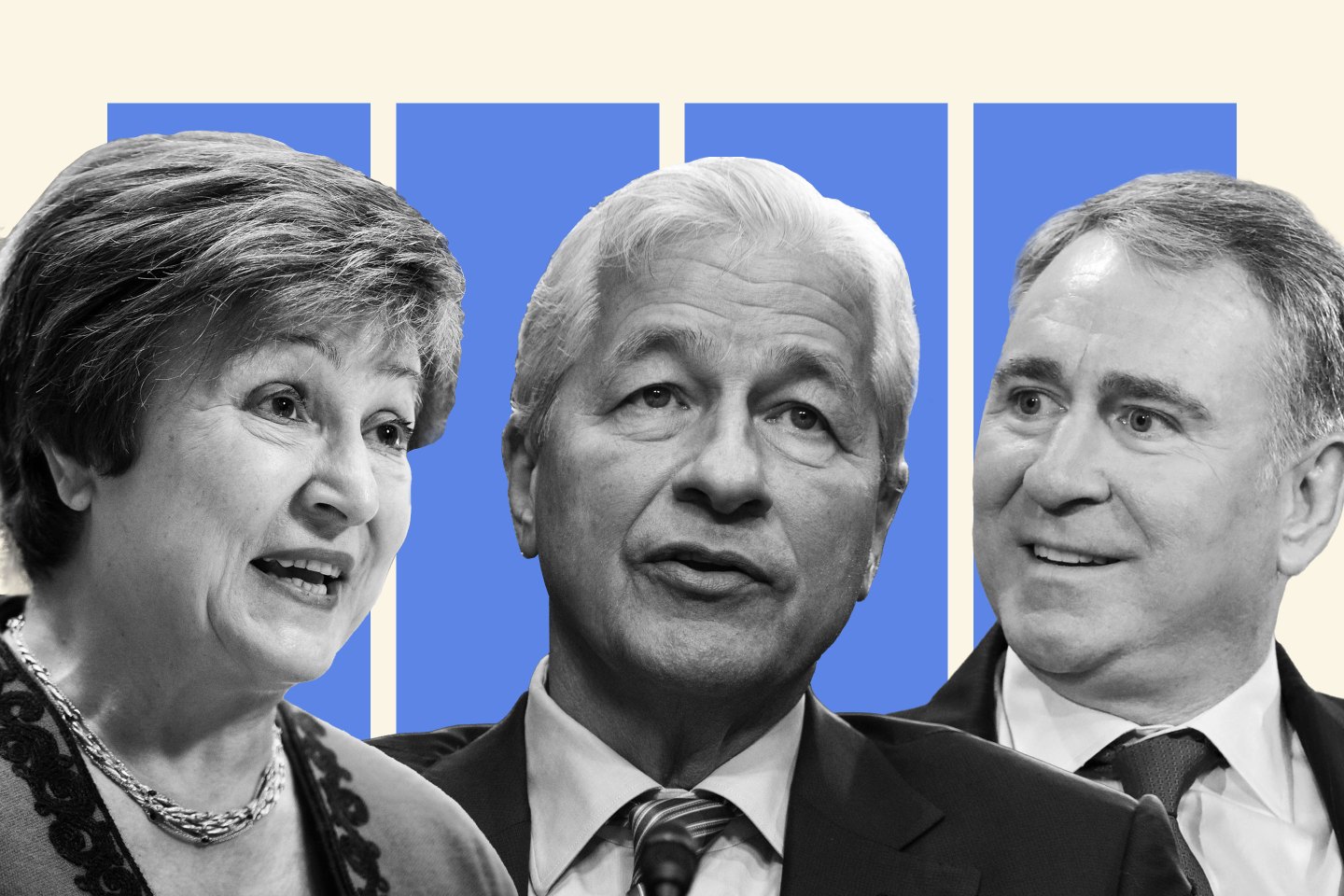 Winter is coming. So is a recession—at least according to some of the world’s top business leaders and economic minds.

Central banks around the world, including the Federal Reserve, have aggressively hiked interest rates in recent months trying to slow down sky-high inflation. While these policies are intended to cool down the economy, they also elevate the risk of a recession.

Although the U.S. labor market remains strong despite a recent dip in job openings, business leaders are bracing for impact (and potential layoffs) as tech giants like Meta and Google warn of or announce upcoming hiring freezes.

While the recession debate has raged over the past few months, around 90% of CEOs say they now believe a downturn is coming, according to a survey of 400 U.S. CEOs by consulting firm KPMG published on Tuesday.

The U.S. has already experienced two consecutive quarters of negative GDP growth in 2022, which some people consider to be a recession. But others are waiting for the National Bureau of Economic Research to make the final call—and it has yet to do so.

That hasn’t stopped billionaires, investors, and the world’s sharpest economic minds from publicly declaring their views on whether the U.S. and global economy is officially in—or quickly headed toward—a recession. Here are some of the most prominent takes.

Dimon warned investors back in May about impending economic turbulence and market volatility, anticipating—and correctly predicting—that Russia’s invasion of Ukraine would continue and the Fed would pursue tighter monetary policy.

After a previous forecast of “storm clouds, big storm clouds,” Dimon said in June that those clouds had turned into a “hurricane.”

“We don’t know if it’s a minor one or Superstorm Sandy. You better brace yourself,” he said.

The banking boss’s view hadn’t changed a few months later, and he acknowledged on a client call in September that while the U.S. economy is strong overall, he sees only a 10% chance of an economic slowdown that doesn’t lead to a recession.

The remaining outcome, he said, could amount to “maybe something worse.”

In regard to stocks’ performance for the rest of the year, “the worst is yet to come,” according to billionaire investor Carl Icahn, who spoke at the Best New Ideas in Money Festival last month.

The billionaire chairman of Icahn Enterprises has repeatedly warned investors of impending difficulty for the U.S. economy, blaming the Fed for switching from its quantitative easing policy and near-zero interest rates during the pandemic to a tighter monetary policy focused on fighting inflation.

“We printed up too much money, and just thought the party would never end,” he told MarketWatch at the festival. “The party’s over.”

In his remarks, Icahn even compared the problems with rising inflation in 2022 to the fall of the Roman Empire more than a thousand years prior.

“Inflation is a terrible thing. You can’t cure it,” Icahn said.

Citadel CEO Ken Griffin on the recession: “[It’s] just a question of when, and frankly, how hard.”
Michael Kovac—Getty Images

Ken Griffin thinks there will be a recession.

But unlike some investors and economists, who have scorned Federal Reserve officials for their hawkish attempts to cool the economy, the Citadel CEO says the central bank should continue its fight, even after its recent series of big rate hikes.

“Everybody likes to forecast recessions, and there will be one. It’s just a question of when, and frankly, how hard,” Griffin said last week at the CNBC Delivering Alpha Investor Summit.

Because of the “psychological component to inflation,” Griffin argued, the Fed should continue its work to lower consumer prices and “reanchor inflation expectations.” Separately, he argued that if the U.S. economy does experience a second recession so soon after the pandemic, it could lead many Americans to believe the American dream is over.

“To be unemployed twice in such a short period of time, the diminution of job skills, career experience, derailment to future aspirations, a belief that the American dream is not achievable—those cultural and tangible impacts are really devastating,” Griffin said.

When should Americans expect a recession to strike?

According to economist Nouriel Roubini, it could come to the U.S. by the end of 2022 before spreading globally next year with the potential to last for the entirety of 2023.

“It’s not going to be a short and shallow recession; it’s going to be severe, long, and ugly,” Roubini said during an interview with Bloomberg in September.

Notorious for his often bleak economic predictions, the New York University professor and CEO of Roubini Macro Associates earned himself the nickname “Dr. Doom” for being one of the first to correctly predict the 2007–08 housing market crash.

“For hundreds of millions of people it will feel like a recession, so buckle up,” said IMF managing director Kristalina Georgieva.
Samuel Corum—Getty Images

Even if the global economy technically skirts a downturn, the effects could still feel like a recession, according to International Monetary Fund managing director Kristalina Georgieva.

“For hundreds of millions of people it will feel like a recession, so buckle up,” Georgieva said. “Hopefully, if we get inflation under control, then we can see a foundation for growth and recovery.”

On Thursday, Georgieva revealed that the IMF would once again lower its projections for global economic growth in 2023 in an upcoming report, telling an audience at Georgetown University, “The risks of recession are rising” as a result of the pandemic, rising inflation, and Russia’s war in Ukraine.

“Multiple shocks, among them a senseless war, changed the economic picture completely,” Georgieva said. “Far from being transitory, inflation has become more persistent.”

A growing number of global institutions are warning governments of an impending global recession, and calling on wealthy nations to consider how their efforts to reduce inflation within their borders are impacting the wider global economy.

“A tough reality confronts the global economy—and especially the developing world. A series of harsh events and unprecedented macroeconomic policies are threatening to throw development into crisis,” Malpass said. “This has consequences for all of us due to the interlinked nature of the global economy and civilizations around the world.”

Under current policies, Malpass said, global energy production may take years to diversify away from Russia after its invasion of Ukraine. That means an “extremely challenging near-term outlook,” especially for developing economies, that could trigger the combination of low growth and high inflation known as stagflation.

In early September, the World Bank issued a study predicting a global recession as early as next year.

“The indicators are not looking good,” and a global recession is “what I think we are edging into,” said Ngozi Okonjo-Iweala, director-general of the World Trade Organization.
Andressa Anholete—Bloomberg/Getty Images

The World Trade Organization (WTO) has also painted a grim picture of a global recession.

“The indicators are not looking good,” WTO director-general Ngozi Okonjo-Iweala told Bloomberg last week. “I think a global recession—that is what I think we are edging into.”

The combination of rising food and energy prices, and the ongoing effects of Russia’s war in Ukraine are threatening countries worldwide with economic downturn, according to Okonjo-Iweala.

In April, the WTO lowered its expectations for merchandise trade growth this year to 3%, down from its previous projection of 4.7%. The WTO also expects to slash its trade growth projections for 2022, Okonjo-Iweala said.