Jamie Dimon warns ‘something worse’ than a recession could be coming 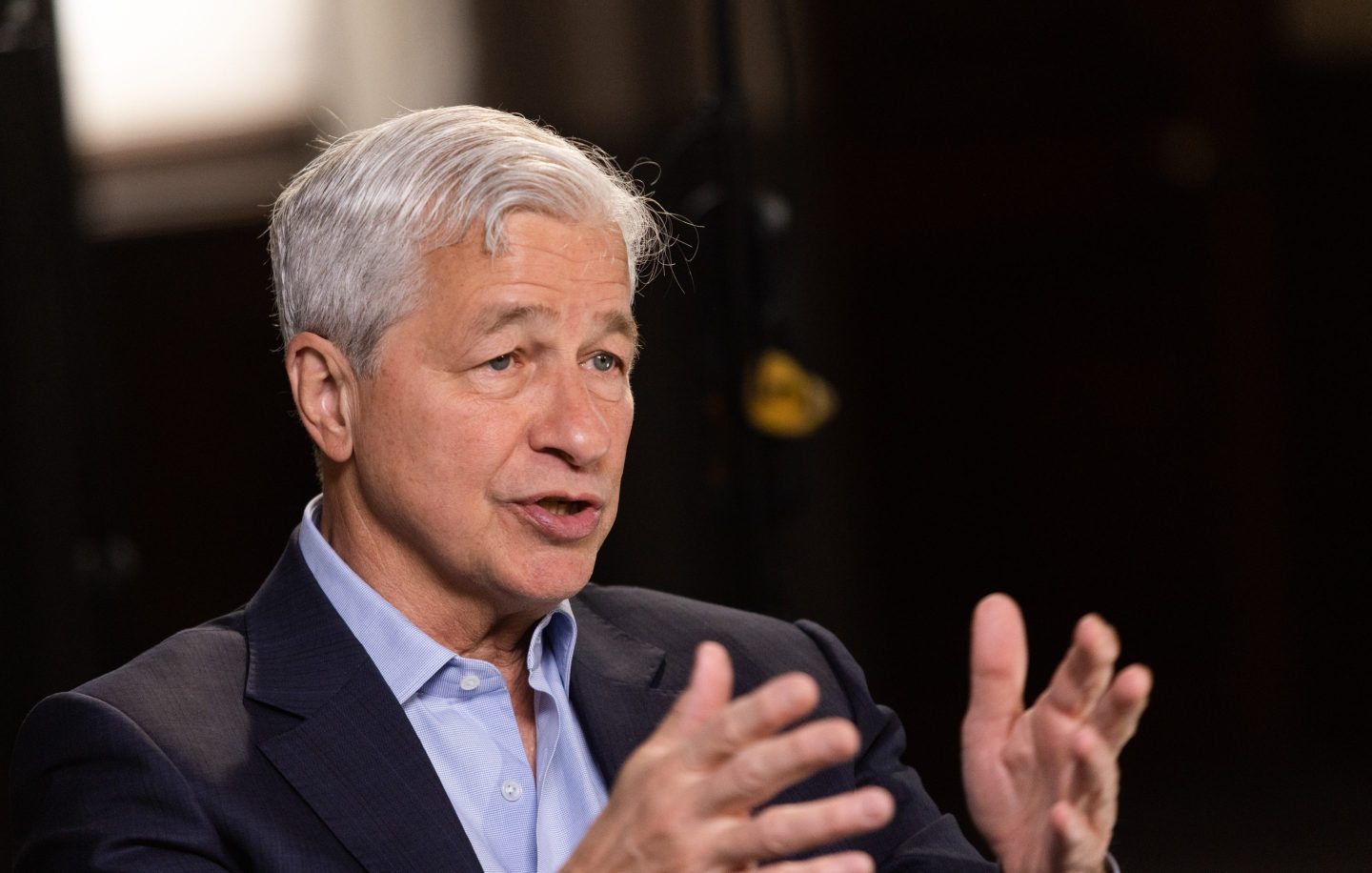 JPMorgan Chase CEO Jamie Dimon said on a client call that while the U.S. economy is still strong and consumer balance sheets and businesses are in “good shape,” there are storm clouds ahead.
Chris Ratcliffe—Bloomberg/Getty Images

JPMorgan Chase chief executive Jamie Dimon sees only a 10% chance of an economic slowdown that doesn’t lead to a recession, while ominously warning there are 20% to 30% odds of “something worse.”

The banking boss said on a client call that while the U.S. economy is still strong and consumer balance sheets and businesses are in “good shape,” there are storm clouds ahead, Yahoo! Finance reported.

Hiked fed rates, quantitative tightening, oil shocks, the war in Ukraine, and rising U.S. tensions with China have pushed Dimon to think that a mild recession has a 20% to 30% chance, while a harder recession has the same odds.

But the remaining outcome?

“Maybe something worse,” he said.

Dimon stresses it is a mistake to point to any single-point forecast as to what will happen with the U.S. economy, but he has a lot to be pessimistic about.

Confidence is low, Dimon argues, “because of inflation, because of partisan politics, and a lot of leftover anger from COVID-19.”

He predicts inflation will not decrease the way the Fed wants it to, calling the goal to bring it down from 8% to 4% by the end of the year “highly unlikely.”

Dimon adds: “I wish we had the spirit that we were all here to work together, but it seems we just got nastier somehow.”

The JPMorgan boss’s prediction, while vague, is direr than those of most other executives.

Fink said on CNBC’s Jim Cramer’s Mad Money: “Is there a risk of a recession? Sure there is. And even if we’re in one, it’s going to be quite mild.”

Deutsche Bank CEO Christian Sewing gives the odds of a recession a 50/50 chance, while Harvard economist and economic adviser to the White House under Barack Obama, Jason Furman, says it’s less likely than that.

Oppenheimer & Co. chief investment strategist John Stoltzfus—the most optimistic on CNBC’s Market Strategist Survey—said the market will not only avoid a recession but will also rise 40% from where it stands today by the end of 2022.

This prediction mirrored that of other Wall Street strategists, such as David Roche, who says this is a moment to realize that “things do turn around.”

But there are others who are more aligned with Dimon’s “something worse” fears.

Bitcoin bull Mike Novogratz gave one of the most pessimistic predictions, telling MarketWatch that the U.S. was heading into a “really fast recession,” concluding “the economy is going to collapse.”

Businesses are already contracting, with retailers like Walmart and Target slashing their profit forecasts, while tech companies including Shopify, Apple, Meta, and Microsoft announcing plans to cut workers or slow hiring.

CEO of Meta Mark Zuckerberg had one of the bleakest predictions, saying to employees in a conference call: “If I had to bet, I’d say that this might be one of the worst downturns that we’ve seen in recent history.”