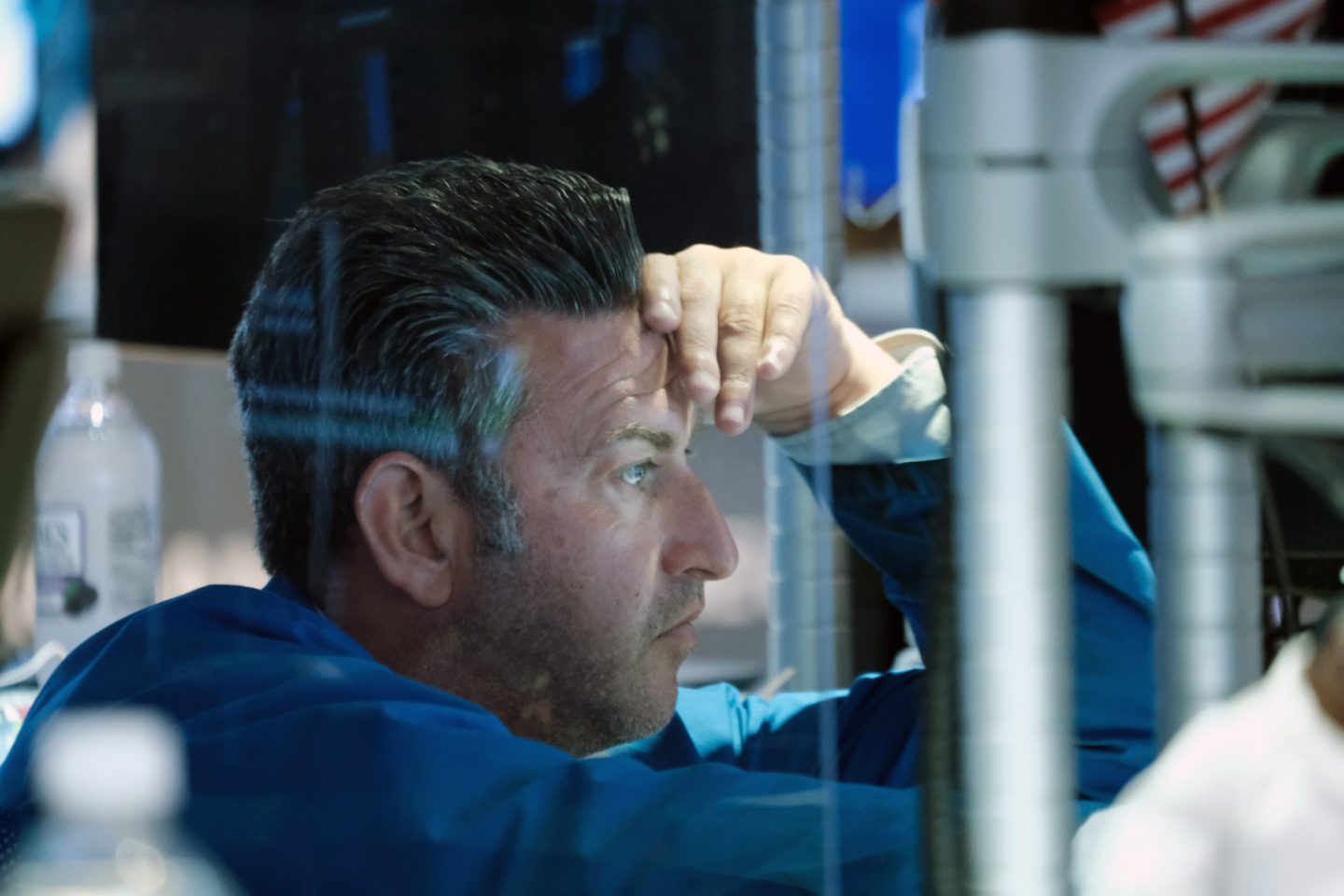 Gross domestic product fell at a 0.9% annualized rate after a 1.6% decline in the first three months of the year, the Commerce Department’s preliminary estimate showed Thursday. Personal consumption, the biggest part of the economy, rose at a 1% pace, a deceleration from the prior period.

The median projection in a Bloomberg survey of economists called for a 0.4% advance in GDP and a 1.2% rise in consumer spending.

The report is likely to add to political headaches for President Joe Biden and complicate the Federal Reserve’s calculus over how aggressively to raise interest rates.

In addition to the slowdown in household spending, the report also showed declines in business investment, government outlays and housing. Inventories also weighed on GDP, while a narrower trade deficit added to the figure.

A key gauge of underlying demand that strips out the trade and inventories components—inflation-adjusted final sales to domestic purchasers—fell at a 0.3% pace in the second quarter compared with a 2% gain in the prior period.

The report illustrates how inflation has undercut Americans’ purchasing power and tighter Fed monetary policy has weakened interest rate-sensitive sectors such as housing. That weakness is likely to throw fuel on an already heated debate about if or when the U.S. enters a recession.

While the common rule of thumb for recessions is two consecutive quarterly declines in GDP, the official determination of ends and beginnings of business cycles is made by a group of academics at the National Bureau of Economic Research.

Retailers like Walmart Inc. and Target Corp. have slashed their profit forecasts, and a slew of tech companies, including Shopify Inc., have announced plans in recent weeks to cut workers. Others, like Apple Inc. and Microsoft Corp. are slowing hiring.

Broader weakness in a labor market that’s shown only limited signs of cooling would remove a key source of support for the economy and help shape the course of monetary policy later this year.

“We think it’s necessary to have growth slow down,” Fed Chair Jerome Powell said at a news conference Wednesday after another 75 basis-point hike in interest rates. “We actually think we need a period of growth below potential in order to create some slack so that the supply side can catch up. We also think that there will be, in all likelihood, some softening in labor market conditions.”

According to a separate report Thursday, applications for unemployment benefits last week were higher than forecast.

The GDP data showed services spending accelerated to a 4.1% annualized rate, though outlays on goods shrank 4.4%. Inflation-adjusted spending data for June will be released Friday.

Americans are facing higher prices for virtually everything from gas to food to rent. Wages have increased but not fast enough to keep pace with inflation, driving consumer sentiment to multi-year lows. The Fed is determined to limit inflationary pressures, some of which are due to factors outside of their control—like Russia’s war in Ukraine.

Powell said that while more rate increases are forthcoming, the sizes of the moves will be data dependent. Currently, “the labor market is extremely tight and inflation is much too high,” he said.

Residential investment plunged at a 14% annual pace, the largest decline since the start of the pandemic and reflective of how high borrowing costs along with rapid inflation have squeezed the housing market. Sales have been falling for months, and builders are increasingly downbeat about future demand.

How executives see it

“We seem to have entered an economic downturn that will have a broad impact on the digital advertising business. And it’s always hard to predict how deep or how long these cycles will be, but I’d say that the situation seems worse than it did a quarter ago.” —Meta Platforms Inc. CEO Mark Zuckerberg, July 27 earnings call

“We do assume a recessionary environment around us… So accordingly, we’ve taken the actions which we have in our recession playbook, which are largely focused on being very aggressive on cost side.”— Whirlpool Corp. CEO Marc Bitzer, July 26 earnings call

—With assistance from Kristy Scheuble and Olivia Rockeman.