Prepare for a ‘long and ugly’ recession, says Dr. Doom, the economist who predicted the 2008 crash 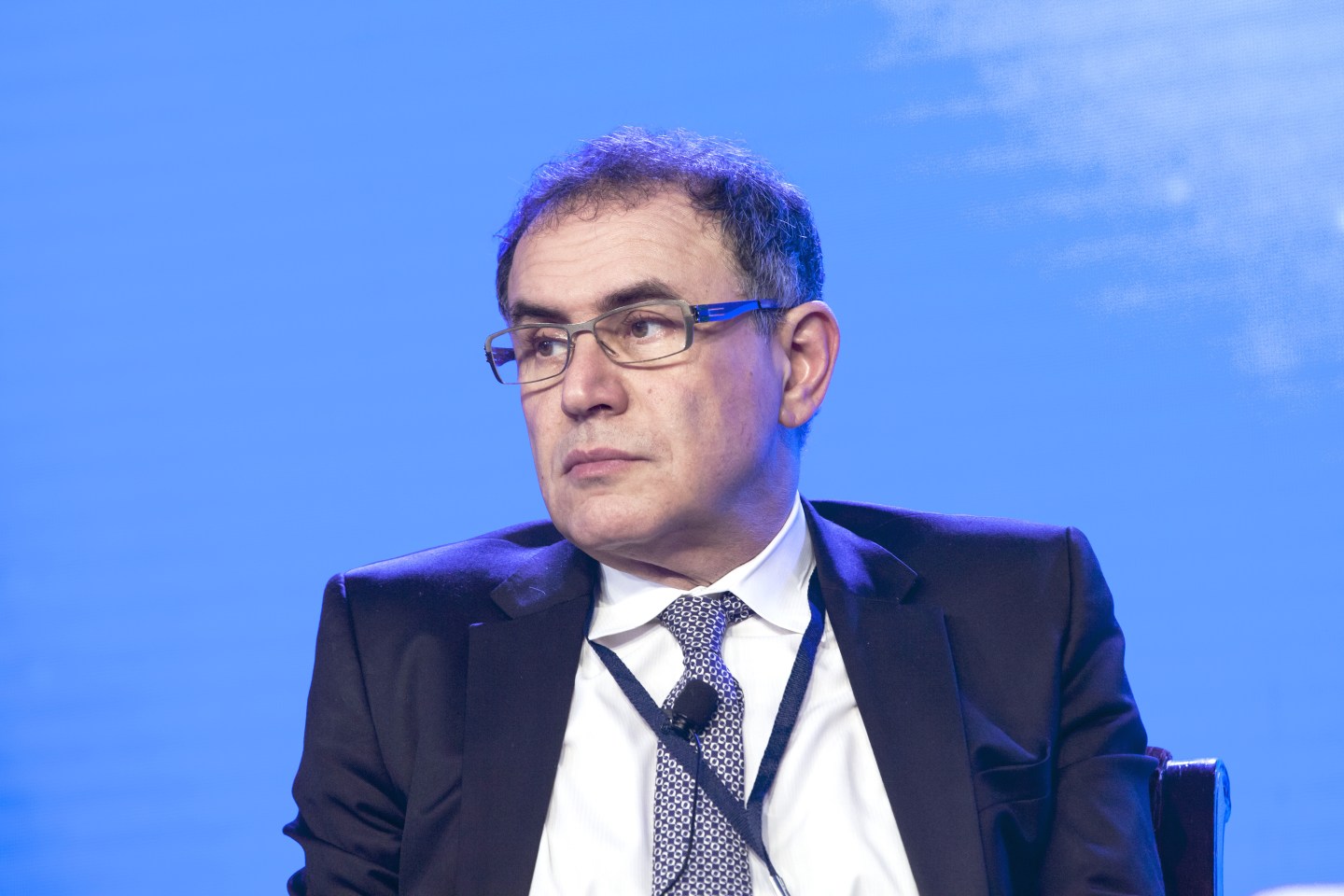 Nouriel Roubini is convinced a bad recession is on the way.
Udit Kulshrestha—Bloomberg/Getty Images

One of the first experts to forecast the 2008 recession is sounding the alarm bells that another big economic downturn is on the way.

With recession fears in the U.S. mounting, many economists are predicting such a downturn as early as this year. Earlier this month, Bank of America strategists wrote they expected a “mild recession” to hit sometime next year. Others, like former Treasury Secretary Larry Summers, have been more bearish with their recession forecasts, predicting that only a deep recession will be enough to fix the 40-year-high inflation hitting the country.

Now economist Nouriel Roubini—a New York University professor and the CEO of Roubini Macro Associates—whose prescience of the 2007 and 2008 housing market crash earned him the nickname Dr. Doom—seems to have chosen a side.

In an interview with Bloomberg this week, Roubini said that a recession is likely to hit the U.S. by the end of 2022 before spreading globally next year, conceivably lasting for the entirety of 2023.

“It’s not going to be a short and shallow recession; it’s going to be severe, long, and ugly,” Roubini said.

To fend off rising U.S. inflation, the Federal Reserve has implemented an aggressive series of interest rate hikes to put the brakes on the economy. The goal is to engineer a soft landing for the economy, where inflation returns to the Fed’s target 2% annual rate, without triggering a prolonged economic downturn or significant rise in unemployment.

But with the current economic climate, the Fed’s soft landing goal is “mission impossible” according to Roubini, who sees the rapid rise in both corporate and government debt over the past year as a damning indicator.

During the 2008 recession, Roubini argued that large amounts of consumer and corporate debt had been mismanaged and neglected by credit agencies and the federal government, contributing to the downturn. In his interview with Bloomberg, he noted that very similar threats are facing the economy today.

Roubini said that the environment created by rising interest rates does not bode well for the rising levels of global debt amassed in the wake of the pandemic. As lending rates continue to increase—as the Federal Reserve has signaled they will—it could create a growing number of so-called zombie companies, firms that formed during the pre- and early-pandemic era of easy credit, but are now stumbling along unable to turn a profit or finance their debts.

The “long and ugly recession” will also devastate financial markets, Roubini warned. The S&P 500—which upon last week’s higher-than-expected inflation reading had one of its worst days this year—could fall by anywhere between 30% and 40%, he said, depending on how severe the recession is.

But despite interest rate hike after interest rate hike, Roubini said that inflation in the U.S. could persist due to rippling supply-chain shocks from the pandemic, the ongoing consequences of the Ukraine war, and China’s zero-COVID policy continuing to slow economic activity in the country.

That combination of low economic growth and unyielding inflation could lead to a global worst-case scenario of 1970s-style stagflation, Roubini warned, where prices remain high but economies stagnate anyway. Institutions including the World Bank have warned multiple times this year that a return to 1970s stagflation remains a serious concern for the global economy.

It is far from the first time Roubini has expressed his pessimistic views on the economy’s future. In 2020, Roubini warned that a new “great depression” was poised to hit the U.S. during the 2020s, citing rising debt levels. And in July, Roubini predicted that a “severe recession and a severe debt and financial crisis” was just around the corner due to the growing number of zombie companies in the economy.

Not every market watcher agrees with Roubini’s view that rising debt levels and inflation will send the economy spiraling into a deep recession. Ark Invest CEO Cathie Wood tweeted on Tuesday that hawkish economists like Roubini were set to be “blindsided” by inflation receding soon, citing “unwinding” headline inflation, the measure of total inflation within the economy.