Wall Street’s ‘Dr. Doom’ says you’re ‘delusional’ if you think the coming recession will be short and shallow 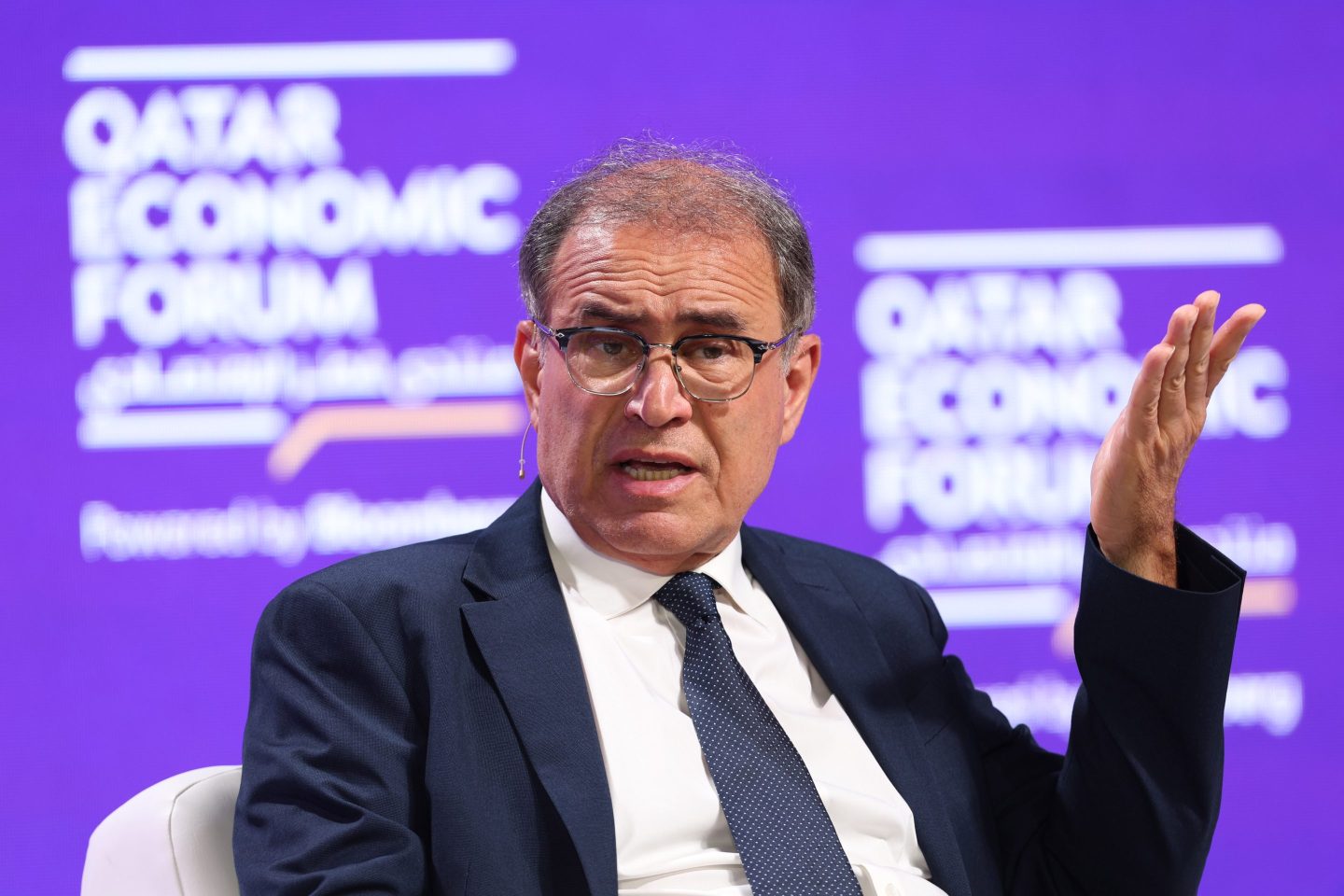 Nouriel Roubini, a New York University professor and the CEO of Roubini Macro Associates, is well-known on Wall Street for his pessimistic economic views. For years, the top economist has argued that a “perfect storm” will push the U.S. into a “great depression,” rivaling the worst economic downturns in history.

On Monday, he once again warned that disaster is just around the corner.

“I think there are many reasons why we are going to have a severe recession and a severe debt and financial crisis,” Roubini told Bloomberg on Monday.

Economists and investment banks have been debating the probability of a recession hitting the U.S. economy this year as the Federal Reserve continues its fight against four-decade-high inflation.

Roubini argued that the Wall Street consensus has shifted recently, and most experts believe the Fed will be unable to ensure a soft landing for the economy—in which inflation is reined in without sparking a recession.

However, Roubini noted, many economists and Wall Street veterans argue that any coming recession will be “short, shallow, mild, plain vanilla, or garden-variety.”

“I beg to disagree,” he said. “The idea that this is going to be short and shallow, it’s totally delusional.”

Roubini, often referred to as Dr. Doom, pointed to “historically high debt ratios” in developed nations worldwide, claiming that the percentage of debt to GDP in advanced economies is now at 420% “and rising.” He also noted that there are “lots of zombie corporations” that have used the cheap debt that was available during the pandemic to build businesses that will never be scalable or profitable.

On top of that, Roubini said that “households, governments, and corporations were bailed out during COVID” by the Fed’s interest rate cuts and support from the federal government that won’t be available during this economic downturn. He went on to compare the current state of the U.S. economy, which he argues is in a period of stagflation (low growth and high inflation), to previous periods of economic distress in U.S. history.

In the 1970s, he noted, the U.S. economy struggled to fight stagflation but debt ratios were low, while after the Great Financial Crisis there was a debt crisis, but inflation wasn’t an issue.

This time around, Roubini says, we have both a stagflationary environment and “debt ratios that are historically high,” and that’s a recipe for disaster.

The Fed is expected to approve another 75-basis-point interest rate hike this week in order to combat the 9.1% annual inflation plaguing Americans. The move follows a June rate hike that was the most aggressive since 1994, and Wall Street is expecting the Fed to continue raising rates throughout the year.

The Morgan Stanley team sees the federal funds rate hitting a peak of 3.625% by December, and argued there won’t be rate cuts until the end of 2023.

Roubini argues the stock market will underperform in this more challenging environment. The economist wrote in a late June op-ed in the commentary and analysis publication Project Syndicated that U.S. stocks could fall 50% from their late 2021 peak. For the S&P 500, that would mean a drop to 2,400 or roughly 40% from current levels.

“In typical plain-vanilla recessions, U.S. and global equities tend to fall by about 35%,” he wrote.

“But because the next recession will be both stagflationary and accompanied by a financial crisis, the crash in equity markets could be closer to 50%.”