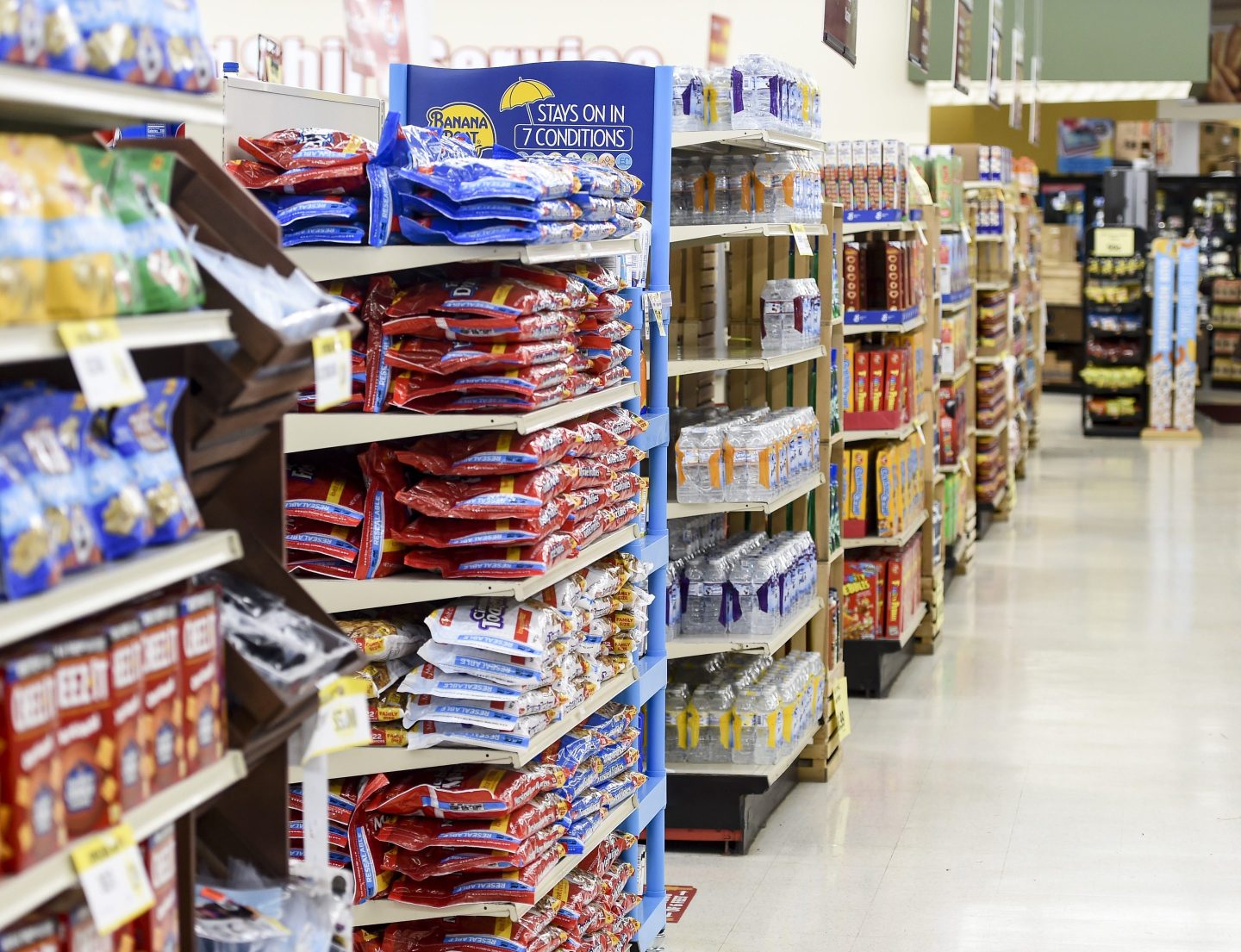 Many Americans are finding that as inflation continues to surge, the prices they're paying at checkout are far outpacing the national inflation barometers.
Ben Hasty—MediaNews Group/Reading Eagle/Getty Images

Wheeling the cart down the grocery aisles can feel increasingly daunting these days. Shoppers are finding themselves doing quite a bit of mental math as the price skyrockets for items they used to regularly toss into their carts without a second thought to cost.

How much have staples like potato chips and peanut butter really gone up? In many case, too much.

The annual inflation rate hit 9.1% last month. But that doesn’t mean that Americans are seeing their bills or their grocery store receipts go up by 9% across the board. In most cases, the rise in prices has been far greater.

In fact, food prices have been consistently outpacing the overall Consumer Price Index. Last month, the index tracking grocery prices showed a 12.2% spike over the last year, making it the largest 12-month increase since April 1979. And month-over-month, prices rose by 1%.

Now 12.2% may not sound like the biggest jump; it usually means an extra few cents here or there for each product. But that can add up fast—especially when almost all products have seen some type of increase. And when you do your grocery shopping you might be shocked to see how much certain, individual food products have increased much more in price.

Datasembly tracks product prices across over 130,000 stores. We did not include a look at prices for products like milk, eggs and ground beef, as many times, the best-selling items in these categories are not nationally branded products for which Datasembly has one UPC to track.

It turns out, inflation levels for grocery items are all over the place. Some products are seeing annual jumps that are more than double the CPI rate. From June 2021 to June 2022, for example, the cost of a 13-ounce bag of Lay’s Classic Potato Chips skyrocketed 38%. The average price jumped from $3.55 to $4.90. The price of a 16-count package of Kraft Singles American Cheese Slices rose nearly 15%.

It makes sense that food prices would increase at such different rates because the Consumer Price Index is an average cost calculation based on prices for Americans who live in major metro hubs. It doesn’t track spending patterns of those living in rural areas, Americans in the armed forces, or those in institutions such as prisons or mental health hospitals. Many Americans across the country, particularly in rural areas, are seeing much higher spikes.

Inflation really kicked into high gear after the onset of the COVID-19 pandemic. Datasembly’s Grocery Price Index found price inflation between April and June 2022 was the second-highest quarterly increase of any period it's tracked since October 2019. The highest jump recorded was in the first quarter of 2022, when Datasembly found prices nationwide rose 5.5%.

Since the pandemic, all of the products Fortune tracked saw double-digit spikes in price. The cost of a 16-ounce jar of Jif creamy peanut butter was $2.23 in January 2020. Now that same jar costs $3.18, on average, in July 2022. On average, the prices of the eight everyday grocery products Fortune reviewed shot up nearly 24% since January 2020.

Datasembly found that during the second quarter of 2022, baking products, snack items, cookies, and chips, as well as dairy and eggs have all seen the biggest price increases.

The burden of these price increases aren’t falling on all Americans equally. Not only are rural shoppers potentially seeing bigger spikes, but low-income and younger households are also feeling more of the price pressures.

Gen Z Americans (those born after 1996) are struggling more to put food on the table than their older counterparts, according to the latest Consumer Food Insights Report produced by Purdue University’s Center for Food Demand Analysis and Sustainability.

Nearly one in three Gen Z households report seeking groceries from a food pantry, church, or other charity in the last 30 days, compared to just 8% of Baby Boomer households (headed by those born before 1965), according to the survey.

The stats aren’t necessarily surprising considering that younger Americans tend to have lower incomes, Jayson Lusk, head of agricultural economics at Purdue, said in a statement. “But we need to pay attention to it. Food inflation is outpacing salary growth, and it hits those with the lowest incomes the hardest.”