U.S. inflation skyrockets to to 9.1%, once again exceeding forecasts 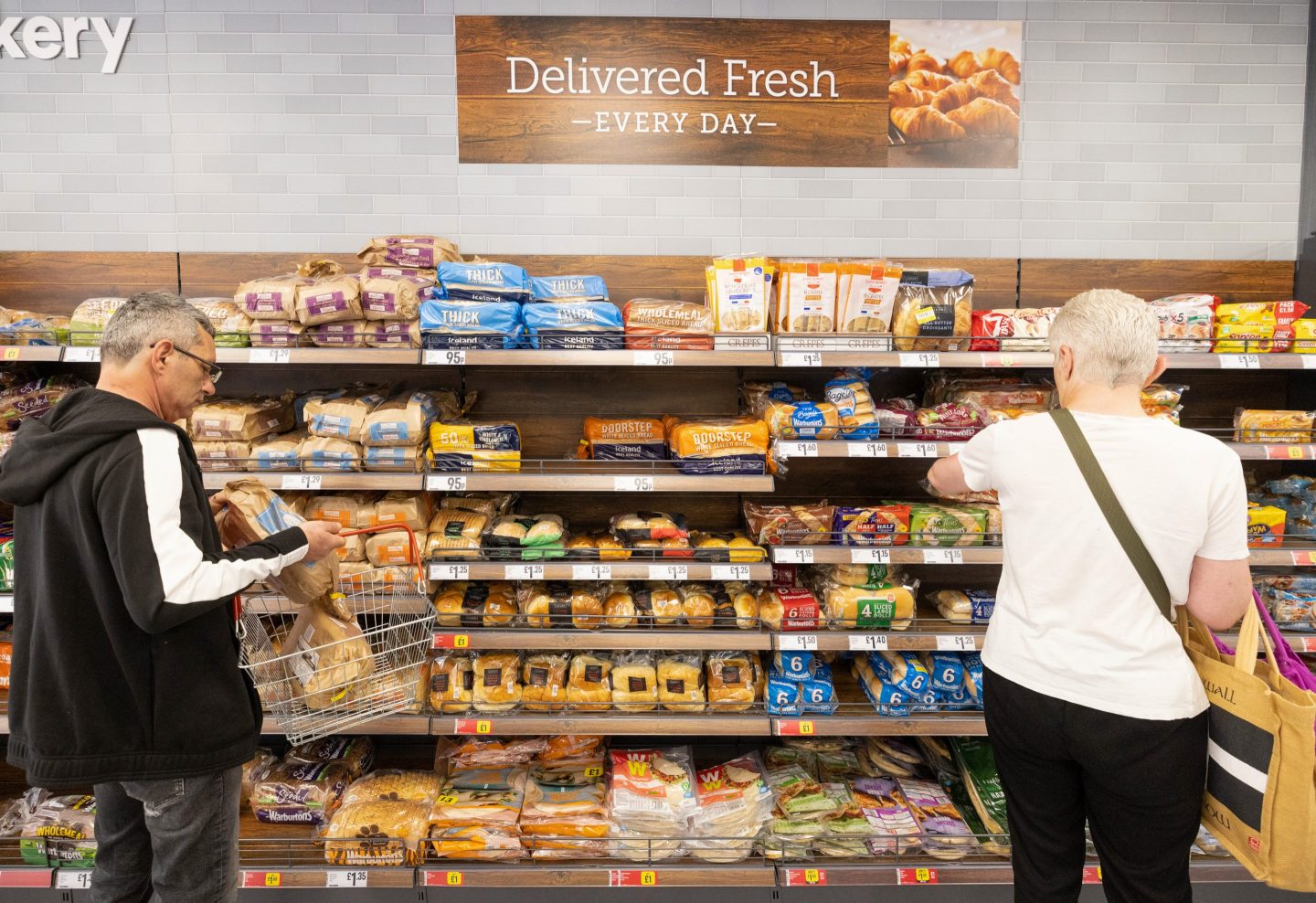 Customers browse a shelf of bread at an Iceland Foods Ltd. supermarket in Christchurch on June 15, 2022.
Chris Ratcliffe—Bloomberg/Getty Images

U.S. inflation accelerated in June by more than forecast, underscoring relentless price pressures that will keep the Federal Reserve on track for another big interest-rate hike later this month.

The consumer price index rose 9.1% from a year earlier in a broad-based advance, the largest gain since the end of 1981, Labor Department data showed Wednesday. The widely followed inflation gauge increased 1.3% from a month earlier, the most since 2005, reflecting higher gasoline, shelter and food costs.

Economists projected a 1.1% rise from May and an 8.8% year-over-year increase, based on the Bloomberg survey medians.

The so-called core CPI, which strips out the more volatile food and energy components, advanced 0.7% from the prior month and 5.9% from a year ago, above forecasts.

The red-hot inflation figures reaffirm that price pressures are rampant and widespread throughout the economy and continue to sap purchasing power and confidence. That will keep Fed officials on an aggressive policy course to rein in demand, and adds pressure to President Joe Biden and congressional Democrats whose support has slumped ahead of midterm elections.

While many economists have suggested this data will be the peak in the current inflationary cycle, several factors such as housing stand to keep price pressures elevated for longer. Geopolitical risks including Covid lockdowns in China and Russia’s war in Ukraine also pose risks to supply chains and the inflation outlook.

Fed policy makers have already signaled a second 75 basis-point hike in interest rates later this month amid persistent inflation as well as still-robust job and wage growth. Even before the data were released, traders had already fully priced in a three-quarter percentage-point hike for July.

Prices for household necessities continued to post outsized increases last month. Gas prices rose 11.2% in June from a month earlier. Prices for energy services, which includes electricity and natural gas, increased 3.5%, the most since 2006. Food costs, meanwhile, climbed 1% and 10.4% from a year ago, the largest increase since 1981.

Early earnings results from PepsiCo Inc. show some companies are still successfully passing through recent price surges in commodities. The maker of Fritos and Mountain Dew was able to charge customers about 12% more on average in the second quarter. Even so, the company said volumes have held up well.

Rent of primary residence rose 0.8% from May, the largest monthly advance since 1986. Shelter costs overall—which are the biggest services component and make up a third of the overall CPI index—climbed 0.6%, matching the prior month.

While home sales have slowed in recent months due to higher mortgage rates, economists expect rental inflation to continue to increase because it takes time for price changes to feed into the CPI.