‘The indicators are not looking good.’ World Trade Organization chief latest to warn a global recession is on the way 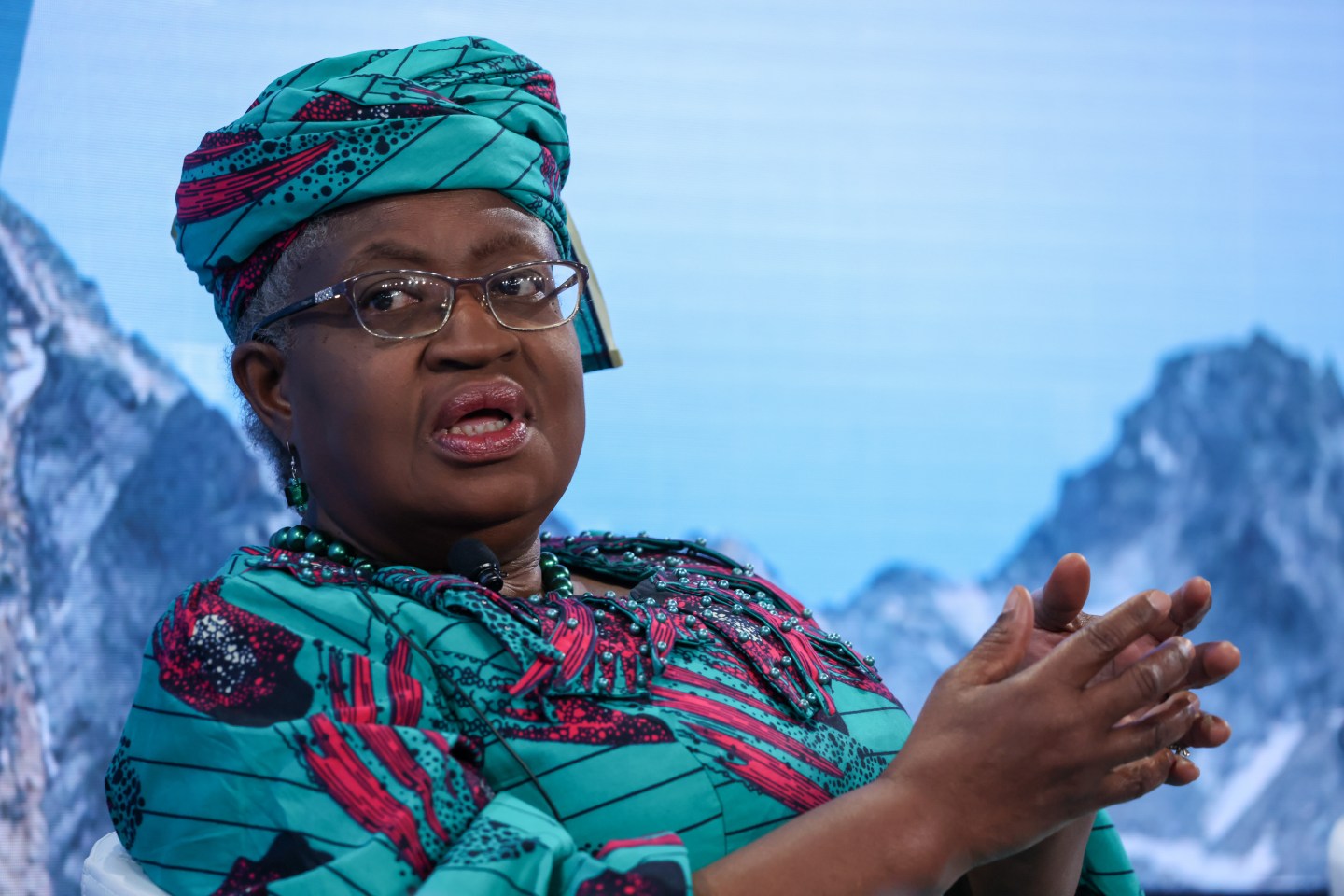 The WTO is the latest intergovernmental institution to join the chorus of warnings over a coming global recession.
Hollie Adams/Bloomberg via Getty Images

A number of coinciding crises are slowing global economic growth and threatening to tip the world into a recession, the World Trade Organization chief warned on Tuesday, making it the latest global institution to issue a dark forecast for the world economy.

Earlier this month, the World Bank issued a study predicting a global recession as early as next year, citing slower economic growth and central banks around the world tightening their monetary policies to reduce inflation. And in July, the International Monetary Fund downgraded its global economic growth forecast, with one of the organization’s officials cautioning that the world may “soon be teetering on the edge of a global recession.”

This week, the WTO became the latest intergovernmental trade organization to make a dire prediction about the world’s chances of avoiding a global recession.

“The indicators are not looking good,” WTO Director-General Ngozi Okonjo-Iweala told Bloomberg during an interview on Tuesday.

Speaking to reporters in Geneva on the sidelines of the WTO’s annual public forum outreach event, Okonjo-Iweala said that multiple crises—including rising food and energy prices and the ongoing effects of the Ukraine war—are threatening countries worldwide with economic downturn.

“I think a global recession—that is what I think we are edging into,” she said.

Both the World Bank and the IMF have already downgraded their global economic growth projections for the rest of this year and 2023, with the war in Ukraine and rising inflation globally hitting their original economic forecasts hard.

In April, the WTO revised its own expectations of global trade volume growth for the rest of 2022, down to 3% from its previous forecast of 4.7%, while projecting a 3.4% increase in trade volume in 2023. But the organization will likely downgrade those predictions even further when it releases its next global trade forecast report next month, Okonjo-Iweala said.

“We are in the middle of revising our forecasts now but it’s not looking very promising. All the indicators are pointing to downside numbers,” she told Reuters in a separate interview also on Tuesday, while refraining from giving exact numbers. “The outlook is looking gloomy.”

In July, the IMF revised its global economic growth expectations for the rest of 2022 down to 3.2% from the previous forecast of 3.6%, while predicting growth to slow further to 2.9% by next year. The IMF will also release its latest revised estimates in October.

Earlier this week, the Paris-based Organization for Economic Co-operation and Development warned that several major economies could fall into a recession next year. The organization also downgraded its global economic growth forecasts, predicting “subdued” activity for the rest of 2022 and economic growth to slow to 2.2% in 2023, down from 2.8% the body had projected in June.

Okonjo-Iweala warned on Tuesday that rising food and energy prices due to the war in Ukraine were the main reason behind the WTO’s revised expectations.

“I am very concerned about food security,” she told Bloomberg. “The specter of not having enough food is one that worries me.”

But when the war broke out in February, food prices began to soar. A Russian blockade of Ukrainian food exports sent the UN’s benchmark World Food Price Index to record highs last spring, and while they have begun declining since a deal was struck in July with Russian officials to allow grain exports from Ukraine, prices are still well above the historical norm.

Energy prices have also risen significantly since the war, especially for natural gas, of which Russia is among the world’s largest producers. A limited supply of Russian gas in global markets has crunched global supply and raised prices, leaving several countries starved for energy.

“Access to energy is creating problems at the moment,” Okonjo-Iweala told Bloomberg.

It isn’t the first time Okonjo-Iweala has expressed concern over the state of food and energy supply chains this year. While attending the World Economic Forum in May, she cited the war, COVID-19 lockdowns in China, and the aftereffects of the pandemic as significant threats to global supply chains and trade growth over the next year.

“All these factors are coming together for a perfect storm really in terms of supply chains,” Okonjo-Iweala told CNN at the time.