The 2022 economy is like a 4-engine airplane with only one that works—and most experts want to turn it off, top economist says 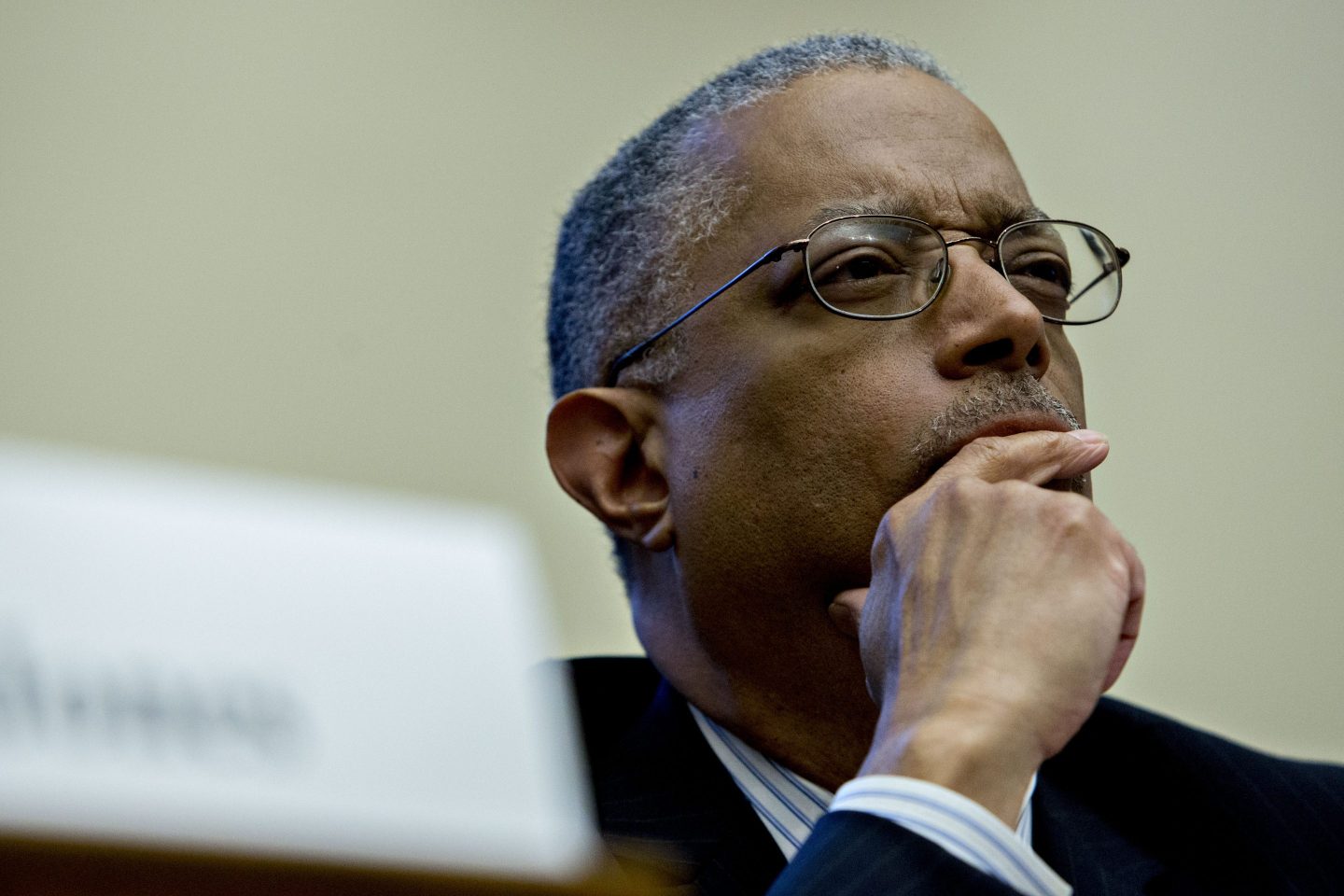 Federal Reserve officials have been playing hardball when it comes to inflation this year, arguing that the American economy is overheated and interest rate hikes are needed to achieve price stability.

But one top economist says the Fed’s policies are pushing the U.S. towards a potential disaster.

William Spriggs, an economist at Howard University, told Fortune that the Fed will drive the U.S. economy into a recession and throw millions out of work if it continues aggressively raising interest rates.

Spriggs criticized Fed officials, and his fellow economists, for failing to recognize the impact of unemployment on Americans, and particularly on communities of color that experience higher unemployment rates during recessions than the population overall.

He believes the Fed’s decision to emphasize one part of its dual mandate (price stability) over the other (maximum employment) is short-sighted given the encouraging signs that inflation may have peaked and the current macroeconomic challenges facing the world—from the European energy crisis to climate change-induced heat waves.

Spriggs’ argument revolves around the idea that the U.S economy has four main economic engines—personal consumption, fiscal spending, investment, and global economic growth—and three of them are already out of gas.

“We’re in an airplane, we’ve got four engines and three of them are off. And the Fed is saying the one remaining engine—personal consumption—is doing too much,” he said. “It’s like, okay, but it’s the only engine. And if I’m in the airplane, and you tell me we’re down to one engine, and then you tell me we are going to turn it off. It’s like, ‘Wait, no.’”

Spriggs noted that global economic growth forecasts have fallen consistently over the past year, as both retail and institutional investors are pulling back, and fiscal spending is also trending down.

“Fiscal policy is already set to be contractionary. Even with the Republicans screaming and hollering about the Inflation Reduction Act, it still is negative fiscal policy. It brings in a lot more revenue than it spends. So, fiscal policy is all set to continue to slow down,” he said.

Spriggs went on to describe how raising rates during a growth slowdown is a recipe for economic disaster, and said that there is no self-correcting mechanism to help the economic engines of America restart after they’ve been shut off.

In his view, all of this means that it’s unlikely the U.S. economy will be able to secure the “soft landing” that Fed officials have been looking for.

“I think if they come to their senses [and pause rate hikes] before September, we might be able to eke out having a recession, but it would be hard because things are already slowing down in the labor market,” Spriggs said. “And the problem is everything else is slowing down, we had two straight quarters of negative growth. This is the reason why I don’t understand this idea that the economy is overheating.”

Of course, not everyone agrees with Spriggs.

Economists like Mohamed El-Erian, the president of Queens’ College Cambridge, and former Treasury Secretary Larry Summers, argue that the Fed needs to continue interest rate hikes until they make sure inflation is fully under control.

After calling surging consumer prices “transitory” during the pandemic, Fed Chair Jerome Powell had a change of heart in December amid consistent criticism from top economists and has become increasingly hawkish ever since.

So far this year, the Fed has raised rates four times in an attempt to combat inflation, pushing the federal funds rate to nearly 2.5%. And this week, Powell doubled down on his aggressive inflation-fighting stance at the central bank’s annual Jackson Hole Symposium.

“Reducing inflation is likely to require a sustained period of below-trend growth. Moreover, there will very likely be some softening of labor market conditions,” he said.

Quincy Krosby, LPL Financial’s chief global strategist, noted that Powell managed to say the word “price stability” nine times in a 1,300-word speech at Jackson Hole. In his mind, this is an example of the chairman building the case “that a strong labor market is predicated on price stability.”

“In essence, Powell is clearly stating that right now, fighting inflation is more important than supporting growth,” he said.

Rob Dent, a senior U.S. economist at the investment bank Nomura, told Fortune that the Fed is now shifting towards a period of keeping rates “higher for longer,” and will need to keep restrictive policies in place for a while in order to “ensure inflation does not become further entrenched” like it did in the 1970s and 80s.

Spriggs, on the other hand, argues that most Americans, and particularly those in communities of color, would probably prefer having a job, even with higher inflation, rather than being unemployed with low inflation.

“Whenever the Fed tries to argue, ‘See, Black people would be better off if their unemployment rate was higher, because then there’d be no inflation,’ what they miss is you don’t have a job. Inflation doesn’t mean anything if I can’t afford anything. So whatever inflation is, it’s irrelevant.”

Spriggs also criticized his fellow economists for not being honest about what they are saying when they call for the Fed to hike interest rates and increase unemployment.

“When Larry Summers and the rest say, ‘Well, we should have higher unemployment,’ he never says, ‘Do you understand what we’re saying here? We want people to lose their jobs. I want people to be unemployed. And I’m telling you, the rest of us are going to be better off if we sacrifice these people’s incomes,’” Spriggs said.