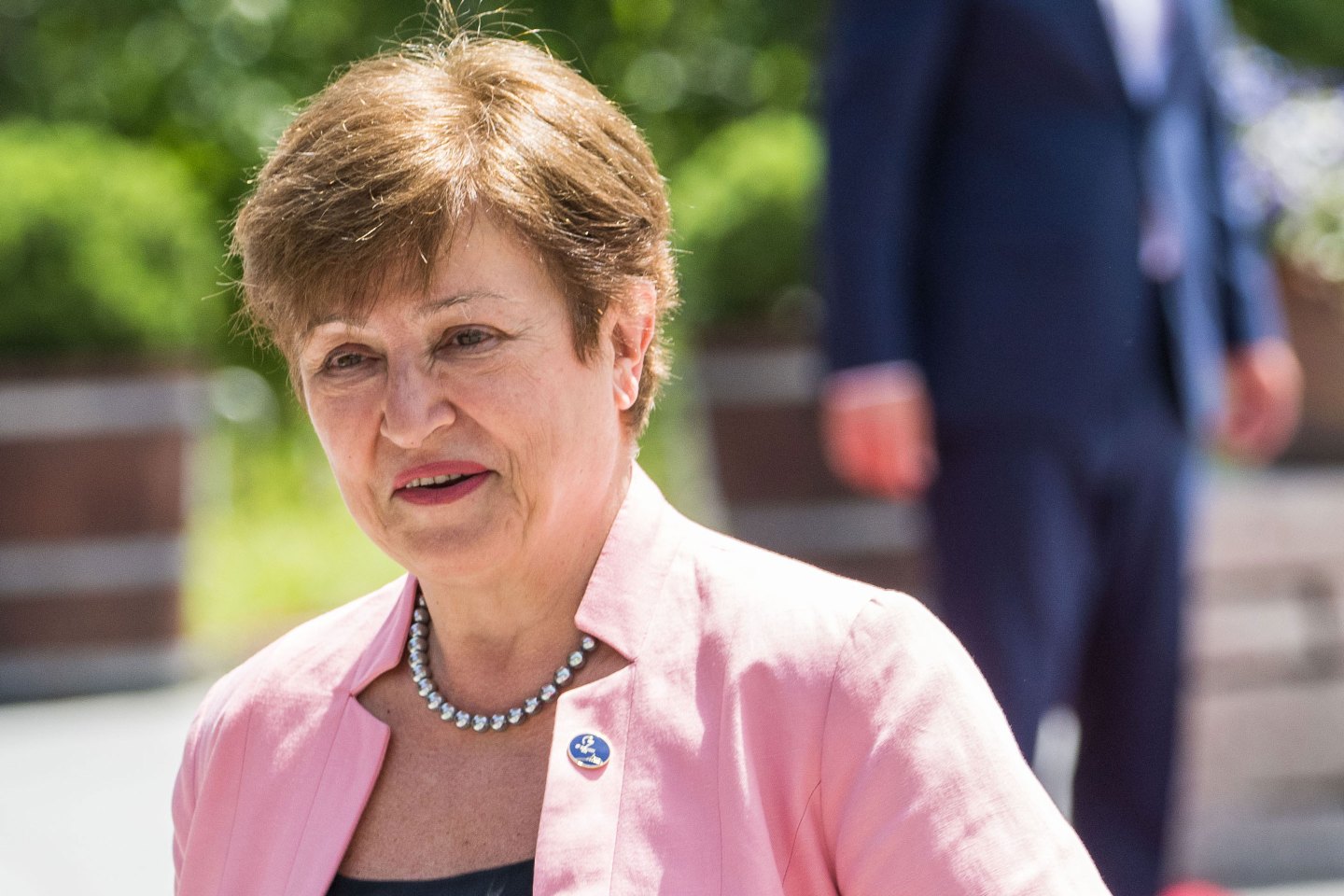 In early July, IMF chief Kristalina Georgieva said a global recession could not be ruled out. The IMF subsequently said that the U.S. avoiding a recession was becoming increasingly challenging.

On Tuesday, the IMF cut its global forecast, projecting real GDP to grow 3.2% this year and 2.9% in 2023, with a prediction of stalling growth in the U.S., China, and Europe—the world’s three largest economies. The initial forecast in April predicted 3.6% growth for both 2022 and 2023.

While stressing that it’s not the baseline scenario, the IMF said it’s worried about a return to conditions similar to 1970s’ “stagflation,” a brutal combination of high inflation and stagnant growth. Supply-related shocks to food and energy prices from the war in Ukraine could continue to escalate inflation, it said, in turn triggering tighter monetary policies that could be severe enough to push the global economy into a recession.

Although the IMF said 2021 hinted at a tentative global recovery, it stressed the storm clouds that gathered quickly afterward. High inflation and negative spillovers from the war, compounded by an already weakened economy post pandemic, could be triggering a recession, the economists found.

“The outlook has darkened significantly since April,” IMF’s Chief Economist, Pierre-Olivier Gourinchas wrote in a blog post. “The world may soon be teetering on the edge of a global recession, only two years after the last one.”

Gourinchas said many of the risks flagged in April’s report have begun to materialize, for instance global output contracting in the second quarter of the year.

Global inflation is expected to reach 6.6% in advanced economies and 9.5% in emerging market and developing economies this year because of increasing food and energy prices and lingering supply-demand imbalances—this triggers tighter financial conditions further shocking the economy.

These risks could push the economy over the edge, and again force the IMF to revise its predictions. In an alternative scenario, the IMF said, inflation could rise further and global growth could decline to 2.6% in 2022 and 2% in 2023, putting growth in the bottom 10% of outcomes since the 1970s. These risks include a halt of European gas flow from Russia, more COVID outbreaks and shutdowns in China, and rising food and energy prices, to say a few.

Still, the IMF says taming inflation should be the number one priority for policymakers.

“Targeted fiscal support can help cushion the impact on the most vulnerable,” Gourinchas wrote. “But with government budgets stretched by the pandemic and the need for an overall disinflationary macroeconomic policy stance, offsetting targeted support with higher taxes or lower government spending will ensure that fiscal policy does not make the job of monetary policy even harder.”