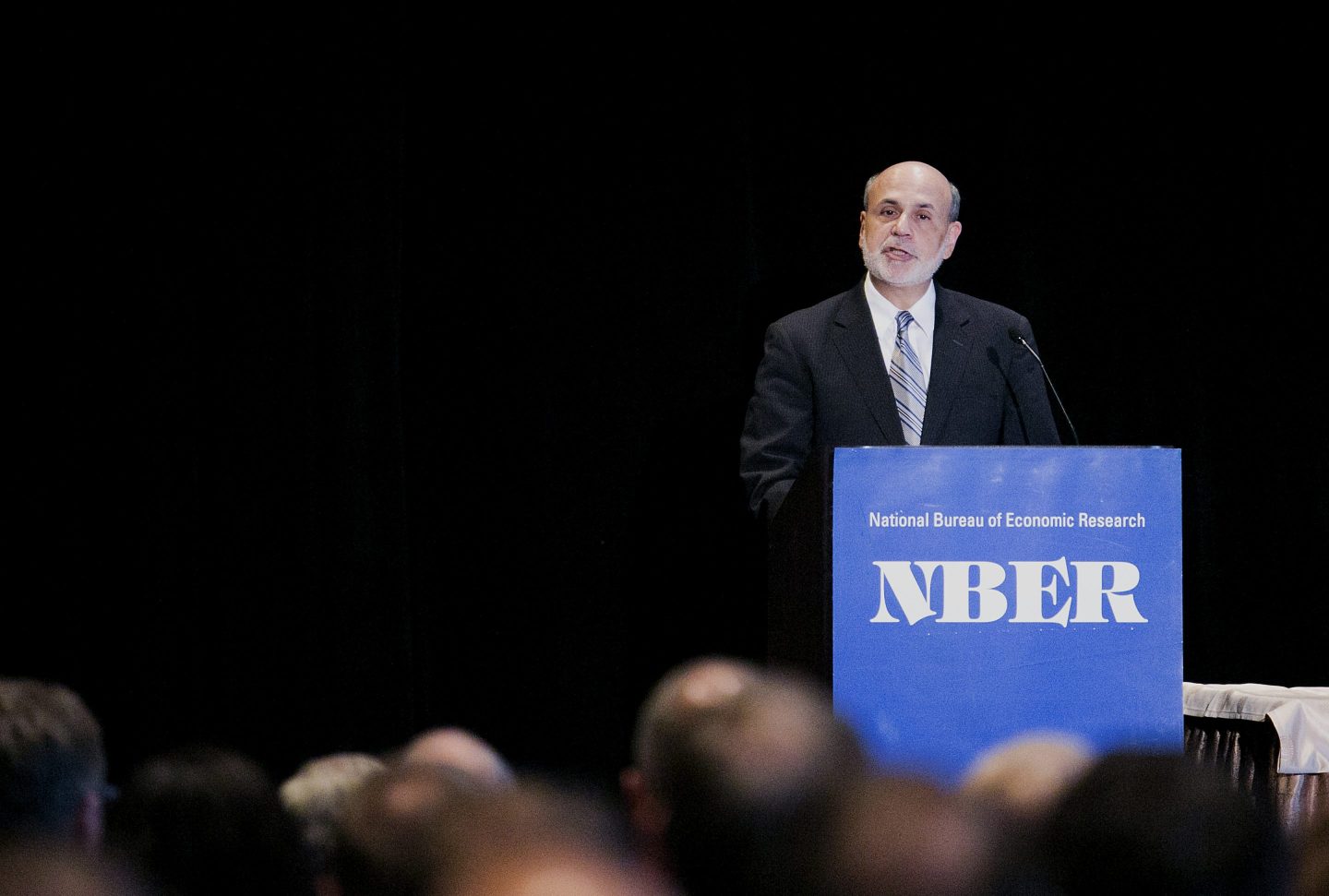 The debate on both Wall Street and Main Street over how to properly define a recession is raging—and both sides are digging in their heels.

Some say that a recession is when U.S. gross domestic product (GDP) contracts for two consecutive quarters, and that the labor market’s strength or what experts say is irrelevant.

By that definition, the Bureau of Economic Analysis’ Thursday release of second-quarter GDP data could decide whether the U.S. economy is in a recession, after it reported a decline in GDP in the first quarter.

But most economists and investment banks argue that the economy isn’t in a true recession until the non-profit National Bureau of Economic Research (NBER) declares one. Until recently, the century-old organization mostly remained under the radar, but with recession predictions raining down like a hurricane, it’s now in the spotlight.

The founding of NBER

NBER’s origins trace back to the meeting of two unlikely friends, Malcolm Rorty, the chief statistician at the American Telephone and Telegraph Company (AT&T), and Nachum Stone, a socialist labor organizer with a Ph.D. in economics from Columbia University.

Rorty was famous for his ultra-conservative viewpoints and laissez-faire approach to business during the pre-World War I era. Stone, on the other hand, was known for pushing for the equal distribution of wealth and an economy that was “more in accordance with contemporary social ideals.”

In Wesley C. Mitchell’s 1945 book, The National Bureau’s First Quarter-Century, Stone wrote a chapter detailing the birth of NBER and Rorty’s role in its founding. In the book, Stone recounts how he first met Rorty when the two jousted as opposing advisers at hearings of the New York State Factory Investigating Committee and New York City’s Unemployment Committee in 1915.

“In advocating the expediting of as many public works projects as the city could undertake as an alternative or supplement to public soup kitchens, I again clashed with Rorty. He formed a definite impression of me as a dangerous radical,” Stone wrote of their first meeting.

About a year later, however, the relationship would begin to improve after Stone wrote an article in the Intercollegiate Socialist, an economics newspaper meant for college students, in which he questioned an economist’s paper on national income distribution.

Rorty, expecting a “red hot diatribe on the unjust distribution of income under capitalism,” was impressed by Stone’s objective approach in the article. It gave him “a new slant on the dangerous radical” Stone.

“This was followed by several conferences which culminated in a warm friendship, although we continued to differ strongly on many public questions,” Stone wrote.

At a lunch meeting, Stone said that Rorty gave the following profound statement that sits at the core of what NBER does today:

“Here we are considering a most important question which deeply affects the lives of every man, woman, and child in this country, and despite a large fund of statistical data, there is no agreement…Would it not be a great step forward if we had an organization that devoted itself to fact-finding on controversial economic subjects of great public interest?”

Stone agreed, and the two set out to find “well-known economists representing every school of economic thought from extreme conservative to extreme radical” and form NBER. They ended up recruiting Columbia Professor Wesley Clair Mitchell, a leader in the study and measurement of economic fluctuations who became NBER’s inaugural research director, a position he held for 25 years.

Rorty and Stone also received support from the Carnegie Foundation and the Laura Spellman Rockefeller Foundation, which allowed them to meet their $10,000 goal to fund NBER. The organization held its first meeting on May 7, 1920.

Claudia Goldin, an economic historian and the Henry Lee Professor of Economics at Harvard University, told Fortune that NBER’s creation “set down the statistical foundations” of American economics.

“It played an enormously important role,” she said. “It is pretty amazing that this non-partisan organization is bound and takes it upon itself to lift up the standards by which we measure the economy.”

NBER developed statistical data to measure gross national income, gross national product, the money supply, and other key economic measures. Before then, economists were “flying in the clouds” without enough information to accurately measure the U.S. economy’s health, Goldin said.

As Solomon Fabricant, a former vice president of research at NBER, wrote in a 1984 essay: “Few readers of the daily newspapers know how often the reports they see on the economic situation owe something to the work of a private, non-profit organization established over 60 years ago.”

Who decides if we’re in a recession?

All of this leads us back to the question: Who decides if we’re in a recession?

There is no official governing body that decides whether the U.S. is in a recession. Instead, most people look to the National Bureau of Economic Research. Specifically, the organization’s bipartisan Business Cycle Dating Committee, which includes eight of the most respected U.S. economists, has declared the beginning and end of business cycles since 1978.

The committee defines a recession, not by any specific contraction in GDP, but as “a significant decline in economic activity that is spread across the economy and that lasts more than a few months.” It looks at indicators like changes in nonfarm payroll employment, personal spending, and industrial production.

Then it uses three key criteria—depth, diffusion, and duration—to determine if these indicators are illustrative of a true recession. If these aren’t met, then even if GDP is contracting, it doesn’t consider the U.S. to be in a recession.

While the debate over what defines a recession will likely persist as sky-high inflation continues to batter consumers and economic productivity. As far as most experts are concerned, a little-known non-profit will ultimately settle the argument.