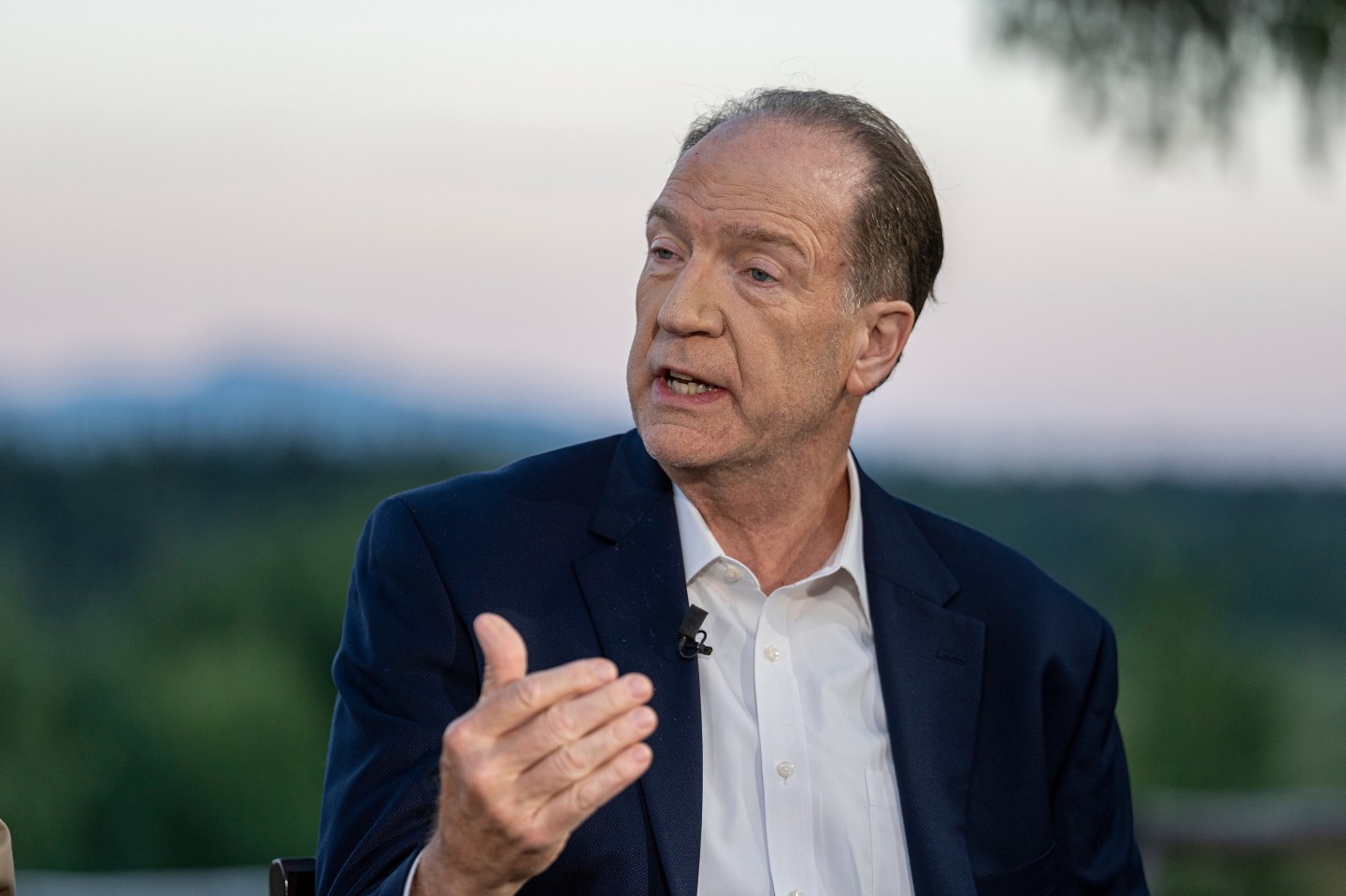 A “perfect storm” of challenges could reverse years of economic development and threaten to tip the global economy into a recession, and potentially into stagflation, the head of the World Bank warned this week.

Global institutions including the International Monetary Fund and the World Trade Organization have both warned that countries around the world are sliding into a “global recession,” and experts say a combination of low growth and persistent inflation, known as stagflation, is a very real risk—especially for developing economies.

On Wednesday, World Bank President David Malpass echoed fears about global economic challenges during a speech at Stanford University. With current policies, it will take a long time for countries to readjust their economies, Malpass said, and in the meantime the world’s governments—especially those of developing nations—should prepare for a drawn-out period of slow growth.

“A tough reality confronts the global economy—and especially the developing world. A series of harsh events and unprecedented macroeconomic policies are threatening to throw development into crisis,” Malpass said.

“This has consequences for all of us due to the interlinked nature of the global economy and civilizations around the world.”

In June of this year, the World Bank warned that the aftereffects of the Ukraine War could lead to stagflation around the world. And earlier this month, the international lender and developmental agency cautioned that a global recession is a very real possibility as central banks worldwide raise interest rates to fight rising inflation.

On Wednesday, Malpass reaffirmed stagflation fears, citing how long it will take for the global economy to recover from the shocks of the Ukraine war and the global energy market’s disruption caused by Russia’s international isolation.

“Global energy production may take years to diversify away from Russia, prolonging the stagflation risk,” Malpass said. He added that the developing world is set to be hit hardest, as these countries are still recovering from the aftershocks of the COVID-19 pandemic, rising foreign debt, and increasingly limited fiscal budgets.

“A pressing danger for the developing world is that the sharp slowdown in global growth deepens into global recession,” he said.

Russia is the world’s second-largest natural gas producer and third-largest petroleum producer, but international sanctions and disrupted supply chains have left a significant dent in the global energy market. The Ukraine invasion has sparked an energy crisis in Europe and has raised prices globally.

Malpass said that a recession is an increasingly likely outcome in Europe too, largely because of high energy prices. Growth is showing signs of slowing in the U.S. and China as well, trends which could have reverberating consequences on the global economy.

Rich and poor countries around the world have resorted to raising interest rates this year in an effort to reduce domestic inflation. But Malpass cautioned that this approach was significantly raising the risks of a global recession, and urged nations to think of different strategies.

“Developing countries are in the middle of one of the most internationally synchronous episodes of monetary and fiscal policy tightening,” he said, adding that trends playing out in advanced economies—including raising interest rates, slowing growth, lower economic productivity, and draining of global energy supplies—are creating significant risks for the developing world.

Malpass warned that if these policies become the “new normal,” it could cause underinvestment in the developing world and hurt economic growth prospects, which, combined with persistent high prices for energy, fertilizers, and food, could prolong stagflation risks.