Why Congress should shoulder some responsibility for the FTX fiasco 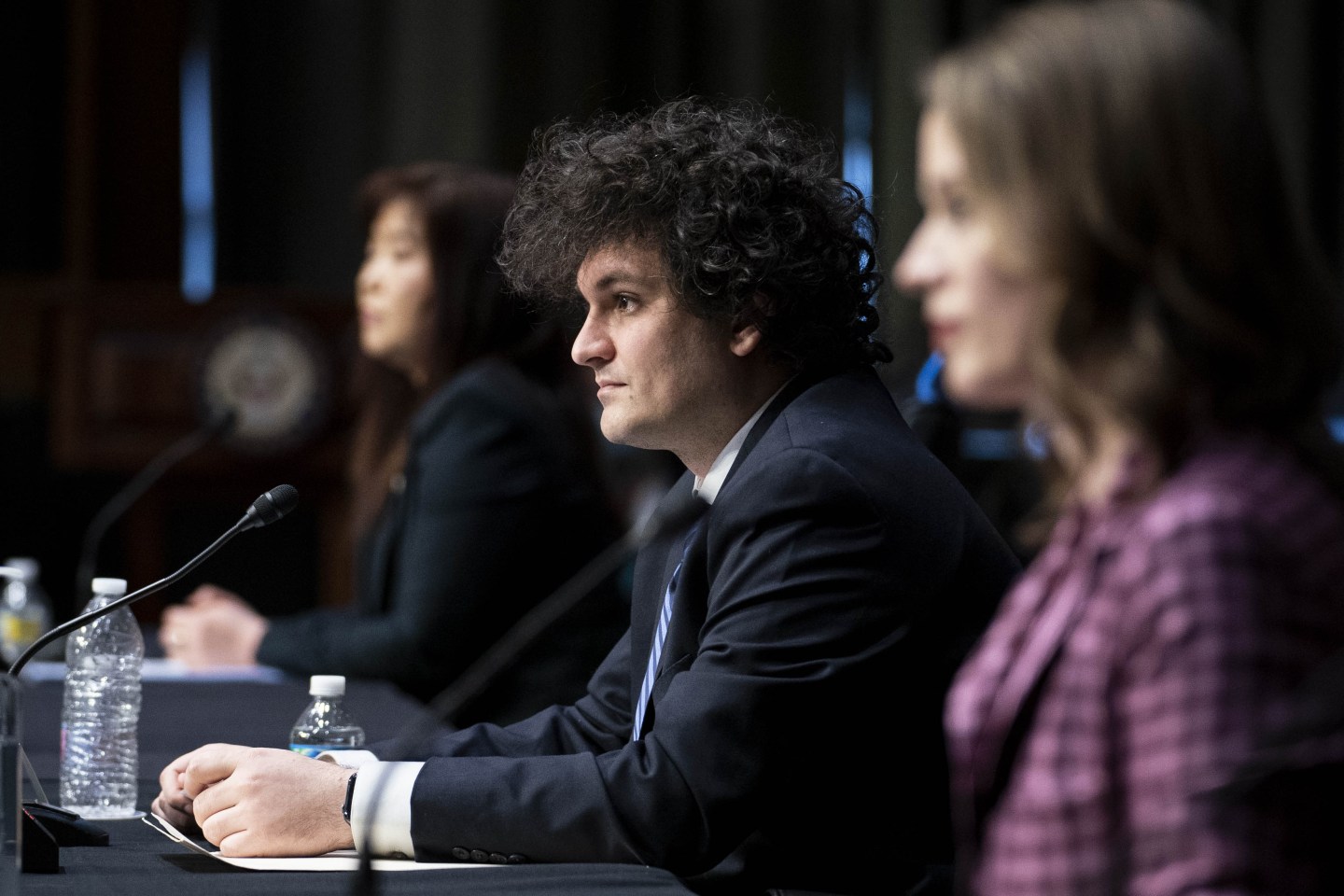 Where to start with the blame game for FTX’s multibillion-dollar collapse?

Obviously, FTX founder and CEO Sam Bankman-Fried is the biggest culprit, given his obfuscation of the cryptocurrency exchange’s self-dealing and reckless business strategy. Crypto-crazy venture capitalists deserve some shaming, too, for impetuously propping up SBF without subjecting him to more due diligence. A bit of an onus also falls on bellicose blockchain bulls, who badgered and berated anyone with the temerity to question the system.

But don’t forget our esteemed elected representatives in Washington, whose feckless leadership on all things tech contributed—directly and indirectly—to crypto’s biggest calamity to date.

For the better part of two decades, Congress has done little more than dawdle on tech regulation, spanning from antitrust oversight to data privacy issues to digital asset markets. The precise reasons for this inaction are debatable—policy differences, deference to market forces, lobbying by Big Tech, the gerontocracy—but there’s no denying the indolence.

Such has been the case with the cryptocurrency industry.

Amid this inaction, a spate of crypto crises this year has left everyday investors out in the cold. Two cryptocurrencies from Terraform Labs imploded in May, precipitating a $500 billion–plus crypto selloff. The fallout exposed risky borrowing and investment practices at hedge fund Three Arrows Capital, which went belly-up after holding about $3 billion in assets, and crypto lenders Celsius Network and Voyager Digital both filed for bankruptcy after once managing billions of dollars.

Now comes the apparent demise of FTX, the world’s second-largest crypto exchange. The company is trying to raise multiple billions of dollars amid the crypto equivalent of a bank run. Unlike some of its peers, FTX didn’t hold anywhere close to enough reserves to cover all of its customers’ assets. The crypto industry also doesn’t have anything resembling the Federal Reserve or Federal Deposit Insurance Corporation as a backstop.

To be sure, Congress alone might not have been able to prevent Bahamas-based FTX from erecting its house of cards. The vast majority of crypto trading occurs outside U.S. borders, and FTX’s business is dedicated to international customers. (A separate entity serving American crypto traders, FTX US, doesn’t appear to be at risk of imminent doom, though time will tell.)

Yet leaders in Washington could have done more to bring responsible crypto trading to American soil, reducing the odds of destabilizing events like FTX’s downfall.

Congress has yet to establish clear legal frameworks for key parts of the crypto ecosystem, including which bureaucratic agencies have regulatory authority and how existing securities laws apply to the industry. Amid that uncertainty, crypto entrepreneurs have opted against setting up shop in the U.S.

“Part of the issue here is that regulators have been focused onshore in each of their respective markets, while customers have moved offshore to companies with more opaque and risky business practices,” Brian Armstrong, CEO of U.S.-based crypto exchange Coinbase, tweeted earlier this week. “To take the U.S. as an example, 95%+ of crypto trading has developed overseas because crypto regulation in the U.S. has been hard to navigate. That’s bad for the U.S., and Americans are still losing money in these overseas blowups.”

Had U.S. policymakers acted more decisively, odds are that other countries would have followed suit, potentially opening the doors to better oversight. As Jesse Powell, cofounder and CEO of California-based crypto exchange Kraken, told Protocol in September: “Much of the world looks to Washington for policy and just ends up copying what the U.S. does. I think we have kind of an outside influence. What we do reverberates around the world.”

If the deeply divided 118th Congress wants to start off on the right foot, tackling tech reform—and digital assets, in particular—is a good place to begin.

Calling it quits. Three top executives on Twitter’s privacy and security team have resigned, adding to worries about user safety on the platform under Elon Musk’s ownership, The Verge reported Thursday. Twitter’s chief privacy, information security, and compliance officers have departed amid complaints that Musk, who took over the company late last month, has ignored long-established data governance practices. Musk spent an hour on the platform’s Spaces feature Wednesday addressing advertisers’ concerns about his chaotic tenure to date.

On the hunt for savings. Amazon is conducting a review of company operations designed to identify and shut down unprofitable ventures, the Wall Street Journal reported Thursday. The tech behemoth has seen its share price slide 43% year to date, largely owing to a slowdown in e-commerce sales growth and high delivery-related costs. Amazon executives have told employees in unprofitable divisions to seek jobs elsewhere in the company ahead of decisions to dismantle their units.

Bracing for a bad fall. China’s largest chipmaker company warned Thursday that its current-quarter revenue could slide by as much as 15% compared with the prior quarter, in part owing to U.S. sanctions targeting the republic’s tech industry. Semiconductor Manufacturing International Corp. said new American export controls cutting off China’s access to foreign advanced chips and related technology, combined with weak demand for consumer electronics, will cause sales to drop dramatically in the final three months of the year. SMIC is working to develop its own advanced semiconductors, though it remains many years behind peers in the U.S. and Asia.

A handpicked successor. Amazon employees might soon get a new coworker: Sparrow. The tech conglomerate on Thursday unveiled its latest workplace robot, known as Sparrow, which is capable of identifying and handling specific items, Bloomberg reported. The machine marks a breakthrough in the e-commerce company’s efforts to automate some warehouse jobs, including those that involve picking up heavy products and preparing them for delivery. Amazon hasn’t disclosed its plans for installing Sparrow across its facilities, where some employees have worried that the robot could displace their jobs.

If widely deployed, robots like Sparrow could eventually render large portions of that workforce unnecessary, shifting the emphasis from employees who perform simple tasks that require little training, to a likely smaller cadre of technicians who supervise and maintain robotic systems. Amazon is the second largest private employer in the U.S. behind Walmart Inc., with 1.54 million workers worldwide.

Amazon has for years been criticized for pushing its workers too hard in a relentless effort to get packages to customers quickly. Warehouse injuries exceed Amazon’s logistics peers, drawing the scrutiny of workplace regulators looking to ensure the company isn’t putting employees in harm’s way.

Twitter gets rid of gray check marks after less than a day as Musk says ‘Twitter will do lots of dumb things in coming months,’ by Barbara Ortutay, Matt O’Brien, and the Associated Press

Musk orders all Twitter staff back to the office in first companywide email—and any exceptions will need his personal approval, by Kurt Wagner and Bloomberg

VC giant Sequoia writes down $214 million investment in FTX to zero: ‘We are in the business of taking risk,’ by Steve Mollman

After Facebook and Twitter layoffs, dozens of companies, including Warby Parker and Grammarly, warn against ‘irresponsible innovation,’ by Peter Vanham and David Meyer

One way Zuck bests Musk. It’s surely little consolation to the 11,000-plus Meta employees getting the heave-ho, but at least Mark Zuckerberg did decently right by them this week. As Fortune’s Chloe Berger reported Wednesday, the Meta chief executive delivered a direct, honest assessment of his business miscalculations, which precipitated laying off 13% of the company’s workforce. In a letter to employees, Zuckerberg outlined a 16-week severance package and offered instructions on how to get questions answered. The approach stood in sharp contrast to Elon Musk’s method of laying off about half of Twitter’s workforce last week. Twitter delivered an unsigned email that left many employee questions unanswered, and the company reportedly contacted some shoved-aside workers within 48 hours to see if they would be willing to come back. The juxtaposition reflected an old adage about breakups: There’s no perfect way to do them, but some are better than others.