Sam Bankman-Fried was the face of crypto in D.C. What would FTX’s acquisition mean for regulation? 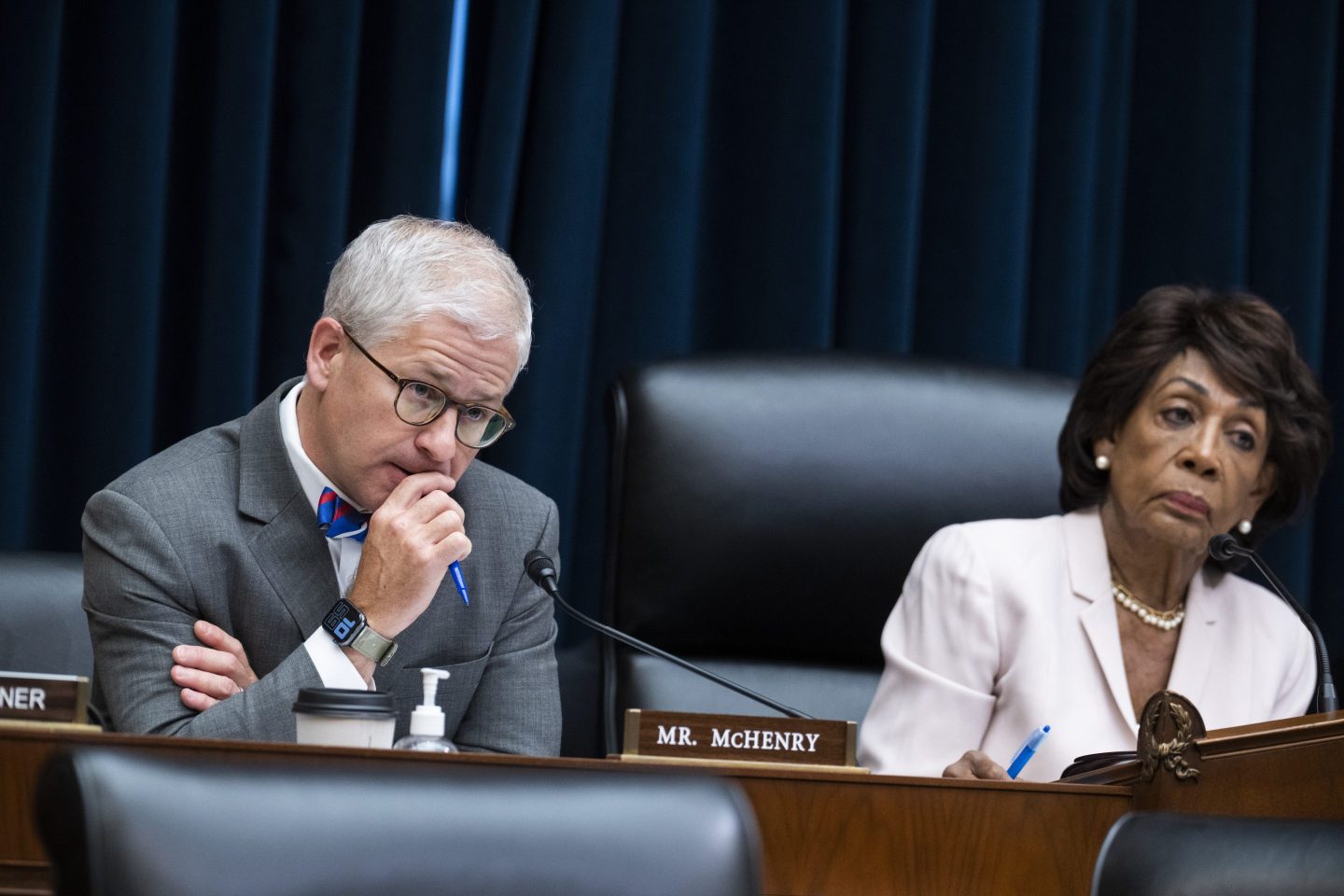 As lawmakers in D.C. have debated legislation to regulate the crypto industry, they have turned to Sam Bankman-Fried, the 30-year-old founder of FTX known for an unruly mop of hair and a willingness to open his checkbook.

A stunning series of events saw Binance, FTX’s chief competitor, announce on Tuesday that it would acquire the Bahamas-based exchange after spurring a liquidity crisis. Bankman-Fried’s fall from grace raises doubts over his high-profile role in the industry—and how D.C. will approach regulation, including the Senate’s proposed Digital Commodities Consumer Protection Act, which many feel is long overdue.

“The whole thing was being spearheaded by Sam and FTX, and their credibility has just been shredded,” said Nic Carter, a general partner at the crypto-focused Castle Island Ventures.

With the U.S. lacking crypto regulation and an ongoing turf war between different governmental agencies for oversight, major trade associations and companies—with Bankman-Fried at the helm—have pushed for new laws.

Bankman-Fried’s empire began to unravel last week when he jabbed at ally-turned-rival Changpeng Zhao, founder of Binance, on Twitter, alluding to Zhao’s dubious legal status in the U.S. and inability to come to D.C., where Bankman-Fried had established himself as the industry’s poster boy. (Bankman-Fried has since deleted the tweet).

Kristin Smith, executive director for the Blockchain Association trade group, said that Bankman-Fried wasn’t crypto’s only voice in D.C., pointing at her group and affiliated centers such as the DeFi Education Fund and CoinCenter, but “he certainly had a lot of relationships. And it’s obviously a setback in terms of the industry’s reputation.”

While some hoped that legislation like the DCCPA would pass during the lame-duck session after Tuesday’s midterms, Smith said that’s now unlikely, both because Bankman-Fried was a driving force and that policymakers may be more reluctant as they wait for the fallout.

Patrick Creamer, a spokesperson for the Senate Agriculture Committee, which introduced the DCCPA, told Fortune: “Discussions to address a few remaining concerns with the legislation are ongoing. This development doesn’t change that work on our end.”

Other lawmakers expressed concern over FTX, especially given the uncertainty over how the exchange handled customer deposits.

Patrick McHenry, the top Republican on the House Financial Services Committee and an advocate for crypto legislation, released a statement on Tuesday calling for regulation. It read, in part: “The recent events show the necessity of Congressional action.”

In an industry known for pseudonymous Twitter figures and elusive fugitives in unspecified countries, lawmakers turned to Bankman-Fried because of his wholesome demeanor and ostensible willingness to speak candidly. It also didn’t hurt that he donated tens of millions of dollars to political action committees and campaigns.

Carter, the general partner at Castle Ventures, described Bankman-Fried’s politician-friendly façade as a “total farce,” especially given the revelations about potential impropriety between FTX and its associated proprietary trading firm, Alameda Research.

“Those of us in the crypto industry that have been around since before Sam understood that his whole shtick was contrived,” Carter said. “Now it’s obvious that FTX was a house of cards.”

He pointed out the hypocrisy in how Bankman-Fried assumed the throne as the industry’s top representative in D.C. even though FTX is based in the Bahamas. “I wouldn’t be surprised if there is a revisiting of some of the comments he made in Congress in his testimony to see if that meshes with subsequent revelations” as Binance proceeds with the deal.

Bankman-Fried had already ruffled feathers in the crypto community, especially after a long Twitter thread on Oct. 19 laying out his thoughts on oversight, which critics said ran contrary to key tenets of decentralization.

DeFi advocates argue that FTX’s collapse demonstrates the dangers of centralized companies like FTX and Binance, especially as Binance looks to consolidate power.

Carter described FTX’s apparent collapse as a “Mt. Gox level event,” referring to the notorious centralized exchange that ceased operation after a hack of Bitcoin in 2014 equivalent to almost $500 million at the time.

“I see it as a complete vindication of DeFi protocols and their transparency,” said Miller Whitehouse-Levine, the policy director at the DeFi Education Fund, a D.C.-based research and advocacy group.

Arthur Breitman, the co-founder of Tezos, said that Bankman-Fried’s policy proposals would have been harmful to the industry if enacted.

“They would have treated developers as financial intermediaries and subjected them to regulations that they cannot meaningfully comply with,” he told Fortune.

Industry experts said that the new events will give lawmakers even more to mull over, just as Congress inched closer to legislation.

Niki Christoff, a D.C.-based strategist who advises crypto companies, said that Bankman-Fried’s public advocacy for regulation over the past few weeks already misunderstood the circadian rhythms of D.C., forcing staffers to pay attention to Twitter spats as Congress was in recess and approaching midterms.

“Continuing to ramp up attention to an optional piece of legislation during recess was not really reading the room,” she said.

The recent events only exacerbated the distractions, now that legislators may have to revisit provisions over exchanges just as they were digging into DeFi.

“It’s like getting more pie after winning a pie-eating contest,” Whitehouse-Levine told Fortune.