Twitter’s next CEO could be this 6-foot-6 VC who loves pro wrestling, is represented by a Hollywood agency, and is in Elon Musk’s inner circle 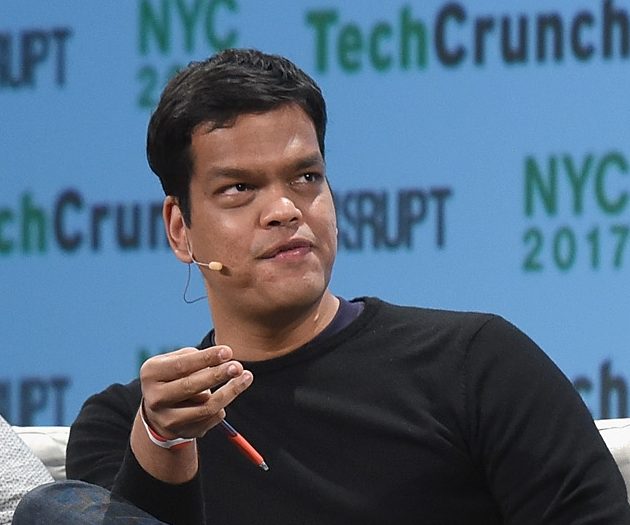 Sriram Krishnan has been tapped by Twitter’s newest owner, Elon Musk, to help him with the transition.
Noam Galai—Getty Images for TechCrunch

One thing Sriram Krishnan believes in is the importance of making a big entrance.

Seriously, it’s on his website under “things I believe in.” The tech exec, who began his career at Microsoft, says he was inspired by professional wrestling, where participants are known to crash the stage in all-terrain vehicles or flanked by marching bands blasting fireworks. In these grand entrances, the wrestlers tend to destroy a lot of things while the audience screams—much like Elon Musk’s first week at Twitter.

Krishnan, as it turns out, is one of Musk’s key lieutenants in the Twitter takeover, alongside investors David Sacks and Jason Calacanis and Musk’s personal lawyer, Alex Spiro. The shadow council of wealthy men has advised Musk during a tumultuous regime change that has already cut Twitter’s workforce in half; sparked feuds with the social network’s celebrity users; and run the media in circles (is Twitter Blue $8 or $20?). Quite the entrance, indeed.

Unlike some of the other “helpers” at Musk’s side, Krishnan knows the inner workings of Twitter firsthand: He worked there as a senior product director from 2017 to 2019. Now a crypto-focused investor at venture capital firm Andreessen Horowitz, Krishnan wields considerable influence over the social network’s future thanks to his moonlighting gig at his old haunt. And with Musk widely expected to hand over the Twitter CEO title at some point, Krishnan is well positioned to walk away with the prize in what may be an audition for the top job.

While Krishnan didn’t respond to Fortune’s request for comment for this story, the Indian-born techie’s profile in Silicon Valley has grown considerably over the past decade. Tech luminaries including Mark Zuckerberg, Marc Andreessen, and Elon Musk have all appeared on the online talk show that Krishnan and his wife, Aarthi Ramamurthy, host. The couple are even represented by WME, the talent agency that represents Hollywood stars like Christian Bale, Hugh Jackman, and Jessica Alba.

As intrigue and speculation continue to swirl around the goings-on at Twitter, here’s what we know about one of the insiders that some observers believe could become the next CEO.

A man of many hats

“With the internet and tech today,” Krishnan tweeted in October, “*anyone* with a laptop and an internet connection can ‘make it.’”

Krishnan was talking about the content he produces as a side hustle with his wife, but he may as well have been talking about his own trajectory through some of the tech industry’s top firms, including Snap, Facebook, and Twitter.

Born in Chennai, India, Krishnan stands at a whopping 6-foot-6 and had a “typical middle-class Indian” upbringing, his wife, Ramamurthy, told the New York Times in a 2021 profile of the couple. The pair met in 2003 when a mutual friend added them to a Yahoo chat room to help with a coding project. It became a typical technologists’ love story: The pair graduated from college and landed jobs together at Microsoft in 2007 after being recruited by then–Microsoft executive S. Somasegar. The pair ran off to Palo Alto to elope in 2010.

After his stint at Microsoft running Visual Studio, Krishnan moved to Facebook (now Meta) in 2013 to work on Audience Network, which allows advertisers to sell their ads in mobile games and apps. Then he jumped ship again to head to Snap in 2016 and helped build the company’s ad tech platform shortly before its IPO.

His last product management gig before becoming a VC was at Twitter, where he led product teams overseeing several core consumer features, including timeline, direct messaging, and search. During his term at the social media giant, the company showed its biggest quarterly user growth ever, which the CFO at the time, Ned Segal, attributed to “product improvements,” according to CNBC. Krishnan links to this article on his LinkedIn page, as evidence of his impact on the company during his time there.

In January 2022, Krishnan and Ramamurthy were signed by talent agency WME. In the agency’s announcement of the partnership, they were dubbed a “tech power couple” whom WME planned to work with “in areas including film and television development, as well as publishing and podcasting projects,” according to Vanity Fair.

A rocket salesman and a venture capitalist walk into a bar

Krishnan’s penchant for the spotlight makes him spiritually aligned with Musk, even if the latter’s urge for publicity has veered increasingly into trolling territory.

A prolific tweeter, just like Musk, Krishnan regularly opines about everything from movies to entrepreneurship on the social network. He doesn’t shy away from debates with critics, though he generally takes a respectful, analytical tone that’s a sharp contrast to Musk’s bomb throwing.

In the ever-growing debate on Twitter verification, and whether everyone should be verified or if that would prompt a harmful onslaught of spam, Krishnan publicly backs Musk. He called critiques of the new product “logically inconsistent” and believes verifying all users who cough up eight bucks brings back the “original spirit of the design.”

He has also hinted at his views on content moderation, criticizing how certain topics around the coronavirus, including its origin, were forbidden on Twitter. “I think having multiple scientific viewpoints debated is great. What wasn’t okay was people being removed from platforms for expressing a theory,” Krishnan tweeted last month.

In some ways, Krishnan is the opposite of Parag Agrawal, the ex–Twitter CEO whom Musk fired the moment he acquired Twitter. Unlike Agrawal, who appeared to butt heads with Musk from the get-go, Krishnan has cultivated a relationship with Musk that eased him into the billionaire’s inner circle.

In a 2021 interview with Musk on the audio app Clubhouse, Krishnan praised the world’s richest man for his online prowess.

“You might be the master of the memes, and in fact you had a quote, ‘Who controls the memes controls the universe.’ Could you just explain what you meant by that,” Krishnan said, adding a follow-up question. “How did you get so good at them?”

The exchange seems fairly indicative of the characteristics Musk is looking for in a chief executive: inquisitive, experienced, and someone who laughs at his memes. The new Twitter owner has also been vocal about wanting an engineer in charge of the service, a sentiment echoed in some of Krishnan’s recent tweets.

“At the heart of what we do in this industry is engineering and people writing code. Everything else gets built on top,” Krishnan tweeted earlier this month. And with Wednesday’s news that Twitter has filed paperwork with the U.S. Treasury Department that could allow the company to process payments, Krishnan’s crypto experience looks all the more relevant.

Back in April, when Musk’s plan to acquire Twitter was still in its early stages, Reuters reported that he had already lined up a new chief executive for the company. But that was many months and plot twists ago, in a bizarre acquisition that Musk attempted to back out of, before closing the $44 billion deal in October.

When Krishnan acknowledged his role advising Musk on the Twitter transition, he described it as a temporary arrangement, adding that he was still “very much in my day job” at Andreessen Horowitz. The VC firm, often referred to as a16z, has invested $400 million in Musk’s acquisition of Twitter.

“I (and a16z) believe this is a hugely important company and can have great impact on the world, and Elon is the person to make it happen,” Krishnan tweeted.

The person that Musk puts in the CEO seat to accomplish this grand mission remains to be seen.