Inflation may have just peaked for real in October. It slowed a lot more than expected and a soft landing is back in play for the Fed 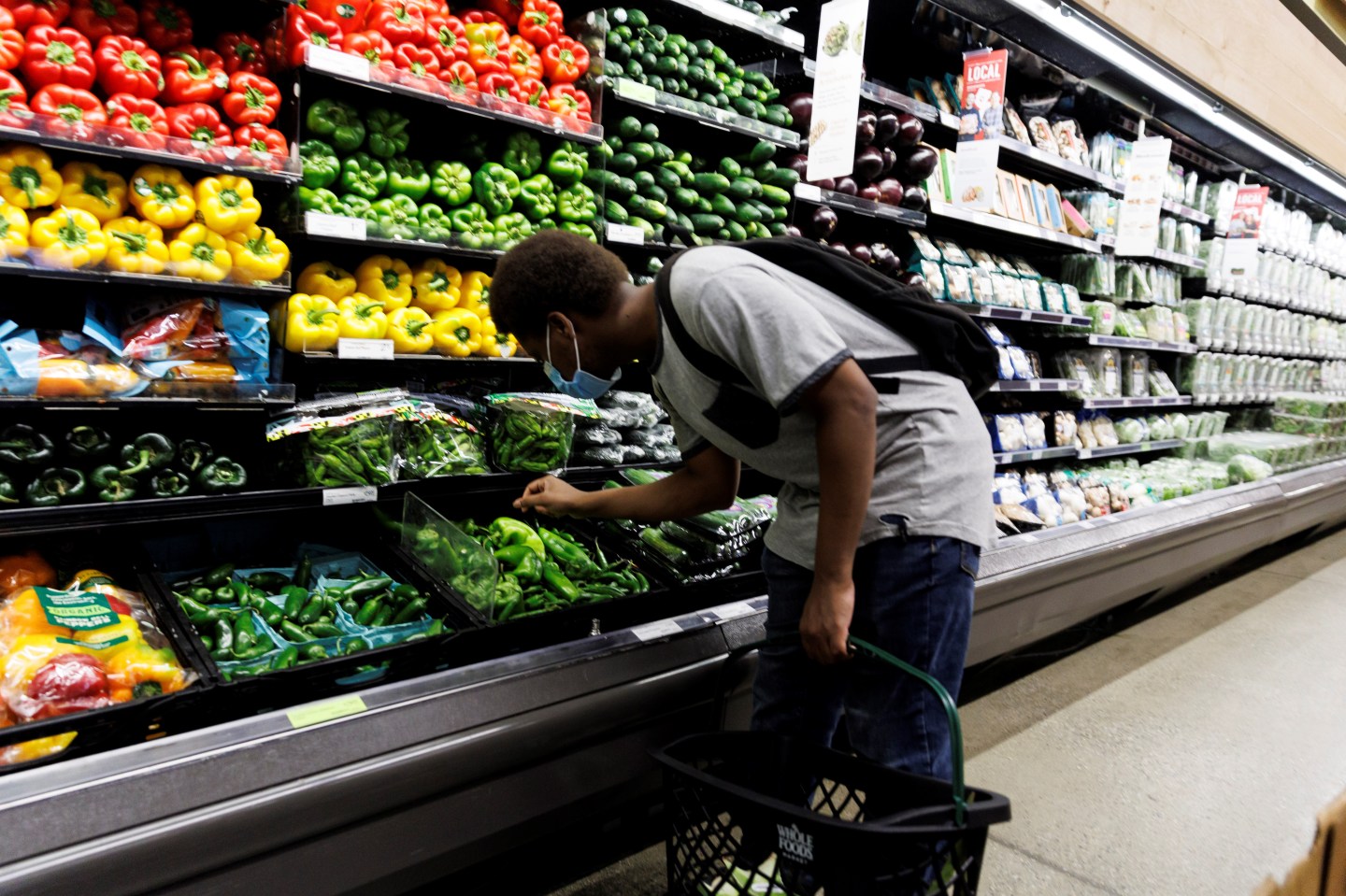 A customer shops at a supermarket in Washington, D.C., the United States, on July 13, 2022.
Ting Shen/Xinhua — Getty Images

US inflation cooled in October by more than forecast, offering hope that the fastest price increases in decades are ebbing and giving Federal Reserve officials room to slow down their steep interest-rate hikes.

The consumer price index was up 7.7% from a year earlier, the smallest annual advance since the start of the year and down from 8.2% in September, according to a Labor Department report Thursday. Core prices, which exclude food and energy and are regarded as a better underlying indicator of inflation, advanced 6.3%, pulling back from a 40-year high in the prior month.

The core consumer price index increased 0.3% from the prior month, while the overall CPI advanced 0.4%. Both increases as well as the monthly rises were below the median economist estimates.

While the deceleration in core prices is welcome news, inflation remains much too high for comfort for the Fed. Chair Jerome Powell, who said earlier this month that officials need to see a consistent pattern of weaker monthly inflation, also indicated interest rates will likely peak higher than policy makers previously envisioned.

Declines in the price gauges for medical care services and used vehicles restrained the core measure. Higher shelter costs contributed to more than half of the increase in overall CPI.

Treasury yields plunged while US stock futures surged and the dollar index tumbled. Traders moved closer to pricing in a half-point Fed hike in December, rather than 75 basis points, and cut to below 5% where they see the peak rate coming next year.

The median estimates in a Bloomberg survey of economists called for a 0.6% monthly gain in the CPI and a 0.5% advance in the core.

Fed officials will have both another CPI report and jobs report in hand before the end of their two-day policy meeting in mid-December.

Meantime, elevated inflation continues to weigh on American households and the broader economy. High prices have eaten away at wage gains and led many to either tighten their belts or rely on savings and credit cards to keep spending.

Inflation and the broader performance of the economy played a role in Tuesday’s midterm elections, though exit polls suggest social issues proved a bigger factor than pre-election polling had suggested. As of Thursday morning, the results were unclear, but it appeared that Republicans will gain a narrow majority in the House of Representatives.

While the Fed has embarked on the most aggressive tightening campaign since the 1980s, the labor market and consumer demand, while cooling some, have proved to be largely resilient. The housing market, however, has rapidly deteriorated amid soaring mortgage rates.

Consumer price growth is expected to further moderate over the coming year, though some economists expect the path back to the Fed’s inflation goal to include both a recession and a rise in the unemployment rate.

Inflation is affecting economies globally, spurring the world’s most aggressive and synchronized monetary policy tightening in 40 years and raising risks of a global downturn.

Shelter costs — which are the biggest services’ component and make up about a third of the overall CPI index — increased 0.8% last month, the most since 1990. The acceleration was fueled by the biggest jump in costs of hotel stays in more than a year.

Though private-sector data points to a stabilization — or even decline — in rents in a range of cities across the country, there’s a lag between real-time changes and when those are reflected in Labor Department data. Bloomberg Economics estimates the shelter-related components will crest in the next two to three months, then begin slowing.

Stripping out food, energy and shelter, the CPI dropped 0.1%, the weakest reading since May 2020.

What Companies Are Saying…

While the Fed bases its 2% target on a separate inflation measure from the Commerce Department — the personal consumption expenditures price index — the CPI is closely watched by policy makers, traders and the public. Given the volatility of food and energy prices, the core index is generally considered a more reliable barometer of underlying inflation.