‘I don’t know what marketer wants to go near that’: Advertisers unconvinced after Musk tries to reassure them that Twitter chaos won’t hurt them 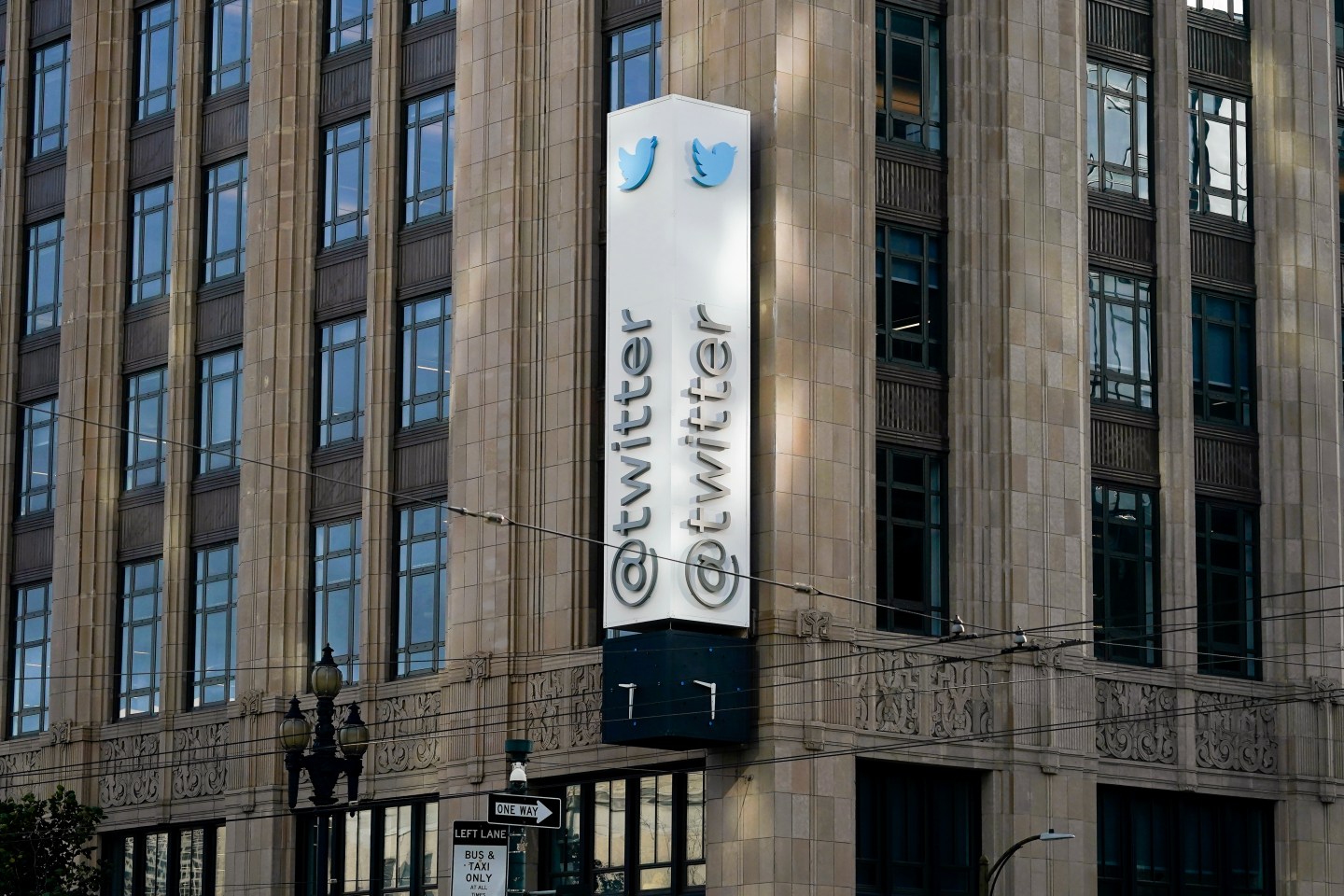 Elon Musk sought to reassure big companies that advertise on Twitter on Wednesday that his chaotic takeover of the social media platform won’t harm their brands, acknowledging that some “dumb things” might happen on his way to creating what he says will be a better, safer user experience.

The latest erratic move on the minds of major advertisers — that the company depends on for revenue — was Musk’s decision to abolish a new “official” label on high-profile Twitter accounts just hours after introducing it.

Twitter began adding gray labels to prominent accounts Wednesday, including brands like Coca-Cola, Nike and Apple, to indicate that they are authentic. A few hours later, the labels started disappearing.

“Apart from being an aesthetic nightmare when looking at the Twitter feed, it was simply another way of creating a two-class system,” the billionaire Tesla CEO told advertisers in an hour-long conversation broadcast live on Twitter. “It wasn’t addressing the core problem.”

Musk’s comments were his most expansive about Twitter’s future since he closed a $44 billion deal to buy the company late last month, dismissed its top executives almost immediately and, on Friday, fired roughly half of its workforce. Major brands including General Motors, United Airlines, General Mills and others have temporarily halted buying ads on the platform as they watch whether Musk’s plans to loosen its guardrails against hate speech will lead to a rise in online toxicity.

Scores of companies big and small made their presence known among the more than 100,000 Twitter Space listeners by signing in with their brand Twitter accounts. The brand accounts for companies including banks Deutsche Bank, TD Ameritrade, gas company Chevron, automaker Nissan, airline Air Canada and many others appeared. Car brand Audi, which has paused Twitter ads, was there, as was retailer R.E.I., which said after the call its ads were still paused.

Musk said he’s still planning a “content moderation council” representing diverse viewpoints that will tackle inappropriate content and reassure advertisers, but it would take “a few months” to put together. He said it will be advisory and “not a command council.”

The biggest concern for big advertisers is brand safety and risk avoidance, he said. And Musk seems uninterested in reining in his Twitter persona that can be divisive — such as his tweet ahead of the election advising Americans to vote Republican.

“To come out like Elon did … and say ‘vote Republican since there’s a Democrat in the White House’ — I don’t know what marketer wants to go near that,” he said.

One solution could be to hire a CEO to run the company and create stability while Musk continues to be his “Chief Twit” persona, Paskalis said.

Musk had earlier threatened by tweet a “thermonuclear name & shame” on advertisers that quit Twitter. But he took a more measured approach Wednesday, asking them to “give it a minute and kind of see how things are evolving.”

“The best way to understand what’s going on with Twitter is use Twitter,” he told the group, which was represented mostly by the head of the Interactive Advertising Bureau, a trade association.

However, the confusion on Twitter continued Wednesday. The rollout hours earlier of the “official” labels appeared arbitrary, with some politicians, news outlets and well-known personalities getting the label and others not. In some cases, whether users could see an account’s “official” label appeared to depend on what country they were in.

Then the labels started disappearing.

YouTube personality and author John Green got the label but his younger brother and “vlogging” partner Hank Green didn’t make the cut. Then John Green’s label was gone. Another popular YouTuber, Marques Brownlee, who posts videos on technology, tweeted he got the label, then tweeted again that it disappeared.

“I just killed it,” Musk responded, though at first it wasn’t clear if he was referring specifically to Brownlee’s label or the entire project.

The site’s current system of using “blue checks” to confirm an account’s authenticity will soon go away for those who don’t pay a monthly fee. The checkmarks will be available for anyone willing to pay a $7.99-a-month subscription, which will also include some bonus features, such as fewer ads and the ability to have tweets given greater visibility than those coming from non-subscribers.

The platform’s current verification system has been in place since 2009 and was created to ensure high-profile and public-facing accounts are who they say they are.

Experts have expressed concern that making the checkmark available to anyone for a fee could lead to impersonations and the spreading of misinformation and scams.

The gray label — a color that tends to blend into the background whether you use light or dark mode to scroll Twitter — was an apparent compromise.

Esther Crawford, a Twitter employee who has been working on the verification overhaul, had said Tuesday on Twitter that the “official” label would be added to “select accounts” when the new system launches.

“Not all previously verified accounts will get the ‘Official’ label and the label is not available for purchase,” said Crawford.

But after the labels started disappearing Wednesday, she again took to Twitter to say “there are no sacred cows in product at Twitter anymore.”

“Elon is willing to try lots of things — many will fail, some will succeed,” she said.

There are about 423,000 verified accounts under the outgoing system. Many of those belong to celebrities, businesses and politicians.

But a large chunk of verified accounts belong to individual journalists, some with tiny followings at local newspapers and news sites around the world. The idea was to verify reporters so their identities couldn’t be used to push false information on Twitter.

Musk, who often bristles at critical news coverage, pushed back against that use of the tool Wednesday, saying he wanted to elevate “citizen journalism” and the “voice of the people” over publications he suggested had too much influence in defining the “Western narrative.” Journalism professionals generally consider Musk’s concept of elevating “citizen journalists” dangerous because it ignores the need for standards, including fact-checking, that responsible news organizations enforce.