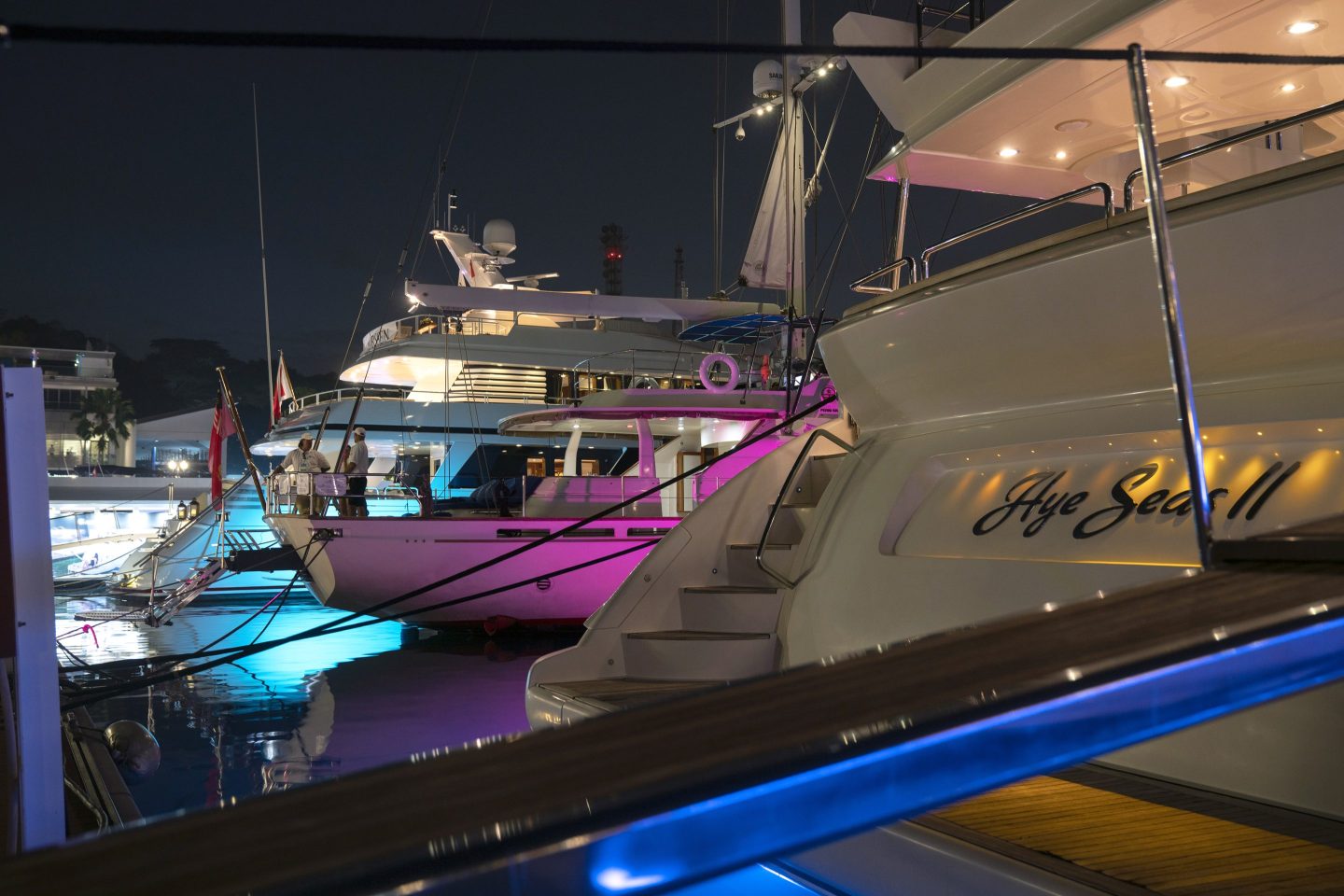 Kyle Davies and Zhu Su, the founders of Three Arrows Capital (3AC), are nowhere to be found, but the size of their firm’s gargantuan debt obligations have come into clearer view. The crypto hedge fund owes $3.5 billion to 27 different companies, including $2.3 billion to digital currency lender Genesis Global Trading, according to a court filing in the firm’s bankruptcy made public on Monday.

“3AC is insolvent and should be wound up,” creditors argued in a 1,157-page affidavit filed in a British Virgin Islands court. “Its management cannot be trusted to retain any remaining assets for the benefit of creditors.”

The Singapore-based firm was once one of crypto’s largest and most prominent funds, managing over $10 billion. But a poorly timed investment in Luna coin prompted investors to demand their funds back, ultimately forcing 3AC to file for Chapter 15 protection and sending its founders on the run from a swarming group of creditors and regulators.

The court-appointed liquidator, Teneo, uploaded the bankruptcy filing to a website it created called 3acliquidation.com on Monday. Teneo has since taken down the post, but the filing zipped around the internet and is now uploaded elsewhere.

Collectively, the hundreds of pages plot out the timeline of 3AC’s demise, according to the firm’s creditors.

“Matters appear to have gone wrong in April or May 2022, when 3AC was reported to have spent between USD $200 to $600 million to purchase ‘Luna,’” the filing says. That investment occurred at an inopportune time. In early May, the algorithmic stablecoin TerraUSD began to wobble from its dollar peg, suggesting that its parent company, the South Korea–based Terraform Labs, and Luna, a companion cryptocurrency coin, were running out of funds. By May 12, the price of Luna dropped from $80 to a few cents as the currency system collapsed. That day, Davies and another 3AC employee allegedly told creditors that the hedge fund did not have “too much” exposure to Terra’s downfall, according to the filing.

But by mid-June, U.S.-based lenders BlockFi and Genesis reported that 3AC was unable to make margin calls—when a broker demands that an investor commit more funds to cover potential losses—and the firms began to liquidate some of 3AC’s holdings. Digital asset brokerage Voyager also said 3AC had defaulted on a $646 million loan. At the time, 3AC insisted that it was not aware of its exposure to the Terra-Luna crash. “The Terra-Luna situation caught us very much off guard,” Davies told the Wall Street Journal in June.

On June 27, a court in the British Virgin Islands ordered 3AC into liquidation. A few days later, 3AC filed for Chapter 15 bankruptcy in the Southern District of New York. Creditors, meanwhile, have asked a court in Singapore to enforce the BVI liquidation order to gain access to 3AC’s Singapore offices.

Davies and Zhu have also ignored outreach from creditors and kept their locations hidden in a “prolonged radio silence,” the filing says. The filing also refers to a Zoom call among Davies, Zhu, and their liquidators in which the two founders were on mute with their cameras off.

The filings accuse Zhu and Davies of using company funds to pay for a new yacht and other properties.

“In addition to ignoring any attempts by the Company’s creditors to reach out to the Company, Zhu and Kyle Davies had also reportedly made a down-payment on a US$50 million yacht, with the yacht to be delivered sometime in the next two months in Italy,” the filings say.

Vitalik Buterin, the cofounder of Ethereum, ribbed Zhu and Davies in June, saying on Twitter that there were “far more honorable ways to burn $50m to impress people than buying a superyacht.”

Davies wanted the yacht to be more impressive than ones owned by “Singapore’s richest billionaires,” according to the filing. In the filing, creditors also requested to see if Zhu and his wife used company funds to buy two Good Class Bungalows, which refer to rare and expensive mansions in Singapore, for $35 million and $21 million apiece.

3AC did not respond to Fortune’s request for comment.