Meta is reportedly preparing mass layoffs. Why anti-metaverse investors might be disappointed 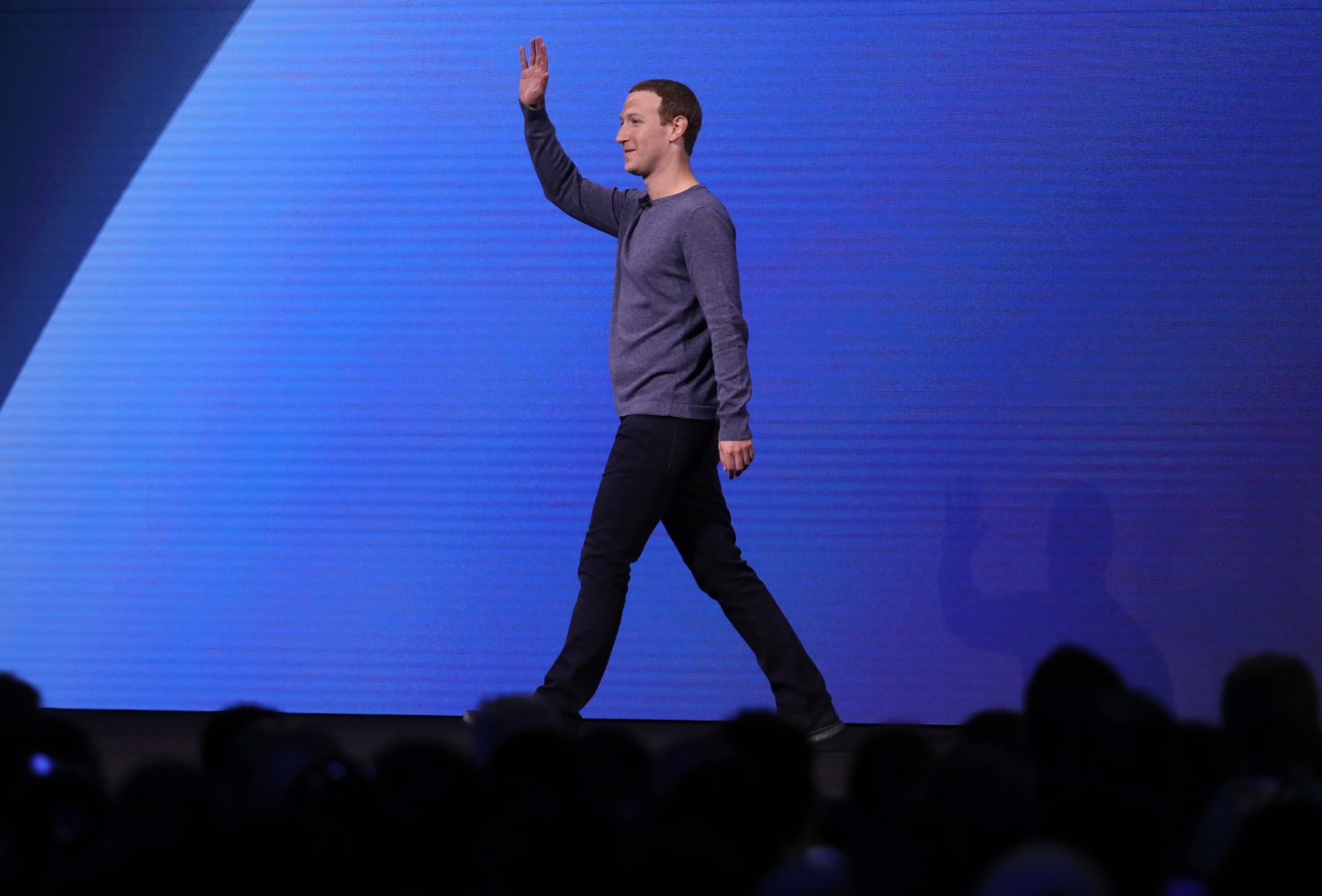 Meta looks like it’s finally caught the layoff bug. Now, the question becomes who within the company feels the ill effects of job cuts.

The Wall Street Journal and New York Times reported Sunday that the Facebook and Instagram parent will trim its 87,300-member workforce sometime this week, the company’s first round of widespread layoffs since its founding nearly two decades ago. Neither news outlet published a precise number of expected job losses, though the Journal said they will total “many thousands of employees.”

By now, the layoffs should come as little surprise.

Meta CEO Mark Zuckerberg has warned in recent months that his company would need to reduce its expenses and headcount, largely citing the global economic doldrums and slowing growth in ad spending. Zuckerberg may have hoped attrition would be enough to navigate the downturn, but headwinds have proved too persistent. In late October, Meta reported third-quarter results that showed revenue slipping 4% year over year and net income plummeting 52% when compared with 2021. (The social media outfit still raked in $27.7 billion in revenue and profits of $4.4 billion.)

Meta’s fourth-quarter outlook didn’t inspire much confidence, either. Company executives forecasted revenue of $30 billion to $32.5 billion, while analysts had been expecting $32.2 billion, according to CNBC. The lackluster projections caused Meta’s stock to tank 24% on the day after it announced earnings. Meta shares ticked up 5% in midday trading Monday on news of the cost-cutting, though the company’s stock is still down a staggering 72% year to date.

As it stands, plenty of investors want to see Zuckerberg take a hatchet to his Reality Labs division, the unit responsible for the company’s augmented reality, virtual reality, and metaverse plays. Zuckerberg has shoveled gobs of money into Reality Labs, which is on track to blow through $13 billion and generate about $2 billion in revenue this year. Research and development spending grew to 33% of Meta’s third-quarter expenses, up from 20% last year.

But Zuckerberg’s comments during last month’s earnings call suggest Reality Labs—which account for only 18% of the company’s expenses this year through September—remain a sacred cow. Ditto for Meta’s two other main missions right now: beefing up its A.I. capabilities to make Instagram and Facebook more competitive with TikTok, and reestablishing its ad platform dominance after Apple undercut targeted marketing with operating system privacy changes last year.

“The internal indications I’ve seen suggest we’re doing leading work and we’re on the right track with these investments, so I think we should keep investing heavily in these areas,” Zuckerberg said.

Investors expecting a dramatic about-face likely will be disappointed. While Meta’s share price free fall surely weighs on employees with stock-based compensation—and thus the company’s ability to attract and retain talent—Zuckerberg isn’t under the typical pressures of a CEO leading a public company. He still owns a slight majority of Meta’s voting shares, giving him unfettered control over the company’s purse strings.

More likely, Zuckerberg will close ranks on the metaverse, ads, and A.I., opting instead to slash spending on ventures that seek to incrementally expand the Facebook and Instagram ecosystems.

In August, Meta executives announced they would sunset Facebook’s live video shopping feature, a product that failed to mimic the success of Chinese digital firms pioneering the trend. A few weeks later, Meta leaders said they were pulling the plug on their stand-alone Facebook Gaming app, which never came close to rivaling Twitch or Apple. Then, in October, Meta dropped the axe on its newsletter subscription platform, Bulletin, an attempt to compete with Substack.

“In 2023, we’re going to focus our investments on a small number of high-priority growth areas. So that means some teams will grow meaningfully, but most other teams will stay flat or shrink over the next year,” Zuckerberg said last month.

Meta likely can’t nip and tuck its way to thousands of job cuts. After Zuckerberg’s comments last month, though, it’s hard to envision Zuckerberg straying too far from taking on TikTok and building the metaverse—regardless of what Wall Street thinks.

On further reflection. Twitter officials asked dozens of employees to return to the company after they were laid off Friday, the latest example of the chaos surrounding Elon Musk’s first 10 days in control of the social media company, Bloomberg reported Sunday. Sources familiar with the matter told Bloomberg that some employees were terminated by mistake, while others were quickly deemed too important to let go amid Musk’s demands for swift changes to the platform. Musk also took heat from some Twitter users for announcing that accounts impersonating another person would be permanently suspended unless they are clearly labeled as parody—a rule that cuts against Musk’s professed free-speech absolutism.

Santa better order them now. Apple warned Sunday that customers will have to endure longer wait times for iPhone 14 devices because of COVID-related shutdowns hindering production at a primary Chinese assembly plant, Bloomberg reported. Apple officials said the Foxconn-run facility, which assembles more iPhones than any other plant, is operating at “significantly reduced capacity” following an on-site COVID outbreak. Company executives did not specify the length of added delays.

A crypto kerfuffle. The CEOs of the world’s two largest cryptocurrency exchanges traded barbs Sunday after Binance announced it would offload all of its remaining tokens tied to FTX. The announcement by Binance CEO Changpeng “CZ” Zhao followed the leak of a balance sheet showing FTX’s sister company, Alameda Research, held $5.8 billion worth of the tokens. Zhao described the decision to liquidate as a “risk management” strategy and accused FTX of lobbying against industry players, while FTX CEO Sam Bankman-Fried accused Zhao of spreading “false rumors."

A huge wreck. Carvana’s stock free fall continued Monday, with investors fleeing the online used-car seller amid concerns about its long-term outlook, CNBC reported. Carvana shares were down 18% in midday trading Monday, adding to the company’s woes after its stock price tanked 39% on Friday. The Arizona-based outfit surged during the pandemic thanks to low borrowing costs and high demand for used cars, but its stock has crashed 97% year to date following a spike in interest rates and a pullback in consumer spending.

Alibaba, Biren, and other Chinese design houses have spent years and millions of dollars creating the blueprints for advanced processors to power the country’s next generation of supercomputers, artificial intelligence algorithms, and data centres. These are produced offshore by the world’s biggest contract chipmaker, Taiwan Semiconductor Manufacturing.

But sanctions announced by Washington last month that cap the processing power of any semiconductor shipped into China without a licence have thrown a wrench into their ambitions.

Both Alibaba and Biren had already conducted expensive test runs of their latest chips at TSMC when Washington unveiled the controls. The rules have forced the companies to halt further production and make changes to their designs, according to six people briefed on the situation.

Twitter’s rollout of paid verification is not going well, by Chris Morris

Elon Musk says Twitter’s monetization model can beat YouTube’s and longer posts and videos will be allowed, by Steve Mollman

As layoffs mount, one tech CEO figured out how to do them right, by Sheryl Estrada

The latest ‘Call of Duty’ game made $1 billion in 10 days, by Chris Morris

Influencers are wondering if they should leave Twitter now that Musk runs the show: ‘It’s getting ugly here,’ by Alexandra Olson, Maryclaire Dale, and the Associated Press

Netflix is bringing back ‘The Crown’ amid a storm of criticism—even from Judi Dench—after Queen Elizabeth’s death, by Lynn Elber and the Associated Press

IBM: ‘America must invest in a new model of innovation—and it’s not just in Silicon Valley,’ by Dario Gil

Fee and clear. As a semi-frequent Airbnb customer, I’ve become accustomed to a jolt of sticker shock at checkout. You see an attractive price advertised in the search tool, then get hit at the last minute with hundreds of dollars in cleaning fees, service fees, and taxes. Thankfully, Airbnb is finally doing something about this aggravation. Company CEO Brian Chesky announced Monday that users will have the option to start seeing fees (but not taxes) baked into the cost displayed during rental searches, TechCrunch reported. “I’ve heard you loud and clear—you feel like prices aren’t transparent,” Chesky tweeted early Monday morning. An analysis of 1,000 Airbnb listings by NerdWallet found the fees account for 27% of the total cost of an average stay, with taxes equaling a 5% slice. Airbnb users will still have to toggle on the new pricing display, which is set to arrive next month.