IBM: ‘America must invest in a new model of innovation–and it’s not just in Silicon Valley’ 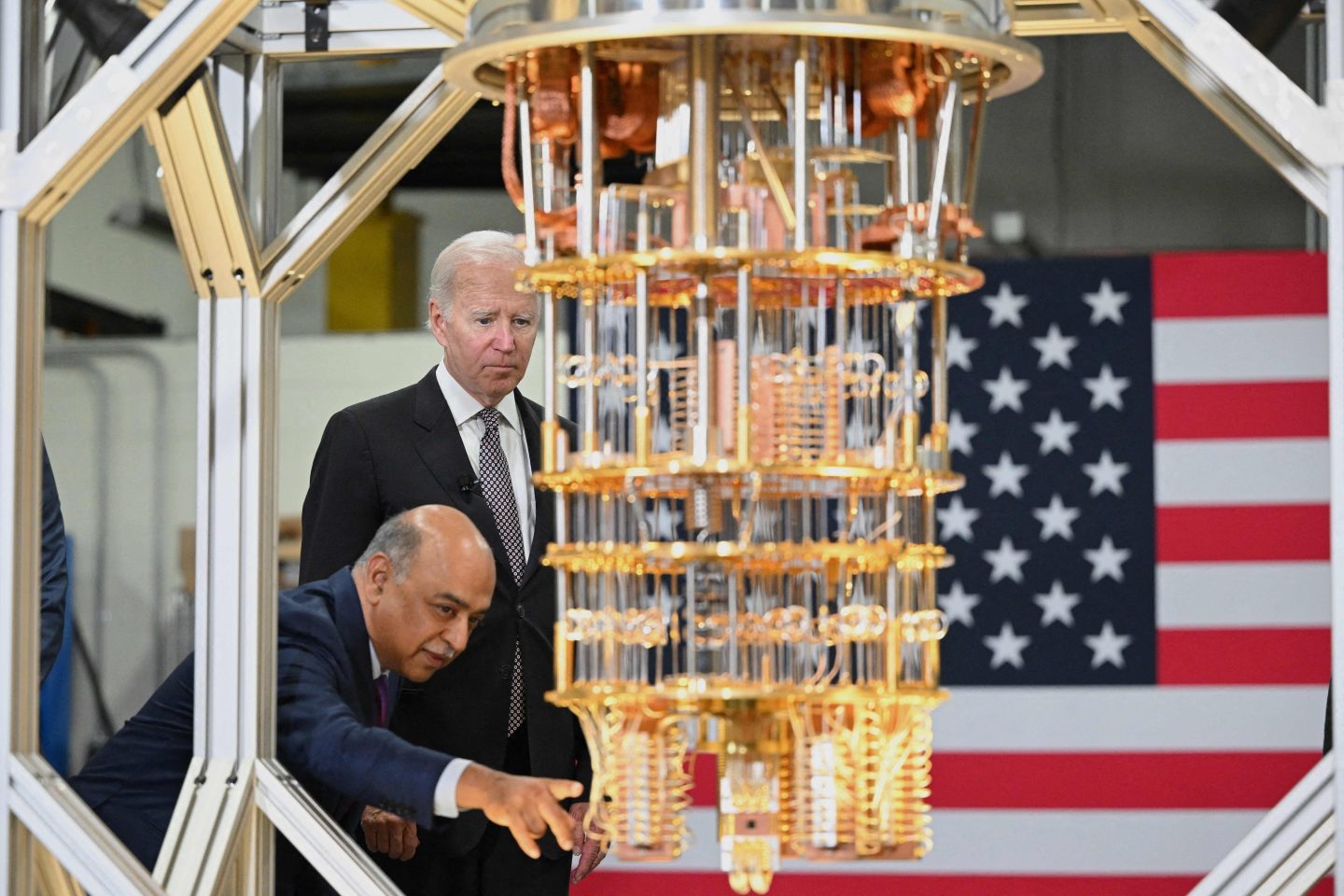 When President Biden visited IBM’s Poughkeepsie, New York campus on Oct. 6, he concluded his speech with a prediction: “More is going to change for the better in the next 10 years than happened in the last 40 years… [and] the changes that are going to take place in the next 10 are going to fundamentally alter the way in which we look at the world.”

The President is right–particularly about the changes we’re seeing in the technology sector.

For about forty years, the American technology sector has been synonymous with Silicon Valley. Even tech’s other hubs–places like Boston and Austin–have economies that largely resemble the Bay Area’s, with most innovation happening in front of a keyboard and monitor; engineers developing the apps, programs, and platforms that occupy our digital lives.

This is an important model of innovation. But we need to remember that the future of America’s tech sector will be built on both the software and the hardware it runs on, a model where innovation is undertaken by researchers at labs and workers in manufacturing facilities–not just programmers in office buildings.

Put another way, the future of the American tech sector will look as much like the Hudson Valley as it does Silicon Valley. In many ways, it already does.

The swath of land that extends up the Hudson River from Westchester County to Albany is the original capital of America’s computing industry. From the 1960s to the ‘90s, it’s where IBM developed and manufactured the hardware advances that were foundational to the software breakthroughs that came later. Our modern computing and business environments wouldn’t exist without the mainframe.

The ecosystem that created these products is still here. It’s not just because of companies like IBM, but also thanks to the talent coming from the vibrant university ecosystem that is present in the State of New York, from SUNY, Marist College, and Rensselaer Polytechnic, to Columbia, Cornell, and beyond. It is also the result of a state government that’s willing to support the development and manufacturing of these products.

Today, America is realizing that we need to invest in this kind of tech hubs again–especially after the recent chip shortage.

America invented the semiconductor and its associated industry, but on the eve of the pandemic, our country only manufactured 12% of the world’s chips, and none of its most advanced. We paid a price for that. There was a pandemic-induced supply crunch on everything from cars to smartphones, which caused an unfortunate spike in prices. The country is recovering now, but the data show our semiconductor shortage reduced economic output by a full percentage point.

And America doesn’t just need to manufacture more chips–it needs to accelerate the field of computing. More sophisticated artificial intelligence, for example, requires increasingly advanced chips: faster, yet smaller; more powerful, yet more energy efficient. Other problems–like finding the precisely correct chemical structure for advanced materials–have pushed traditional computing methods to the limit. Solving them will require an entirely new approach, which will be made possible by the very type of quantum computers that IBM is pioneering in the Hudson Valley.

This was the rationale behind the historic and bipartisan CHIPS and Science Act that President Biden signed in August. The idea–which was championed by leaders from both parties like Commerce Secretary Gina Raimondo, Senate Majority Leader Chuck Schumer (D-NY), and Senator Todd Young (R-IN)–was to use public funds to both reverse the erosion of U.S. competitiveness in semiconductors and catalyze tens of billions of dollars in private investment. The money would spur the development of new chip-making hubs, drive research and development into advanced computing, and spur regional economic development.

If there was any equivocation that the CHIPS strategy would work, what happened during the last month in New York should put it to rest.

IBM announced $20 billion to support our work in the Hudson Valley, which includes developing many future generations of mainframes, quantum computers, and advanced semiconductors. This comes on the heels of the chip manufacturer Micron committing $100 billion over the next two decades to develop a giant semiconductor factory in Clay, New York–140 miles west of Malta, New York, where another chip manufacturer, GlobalFoundries, had already announced an expansion.

These investments will create local economies that look very different from your traditional tech hubs because they’ll benefit a much broader array of people–not just computer engineers, but factory and lab workers.

Since the 1970s, the lion’s share of America’s capital and talent has flowed to a few superstar cities, creating what some economists have termed “durable islands of wealth and poverty.” The Hudson Valley model can help unwind this economic phenomenon because it brings so many more of us along. As President Biden relayed to the media after meeting Poughkeepsie IBMers, “You do not need an advanced degree… to be making $120,000 a year.”

This, of course, will be a decades-long project. Among other things, it will require the smart implementation of the CHIPS and Science Act. Having New York play a key role in the National Semiconductor Technology Center, for example, would supercharge the state’s ongoing economic and workforce development and greatly augment U.S. competitiveness.

In the years ahead, while Congress and the Biden Administration will certainly not agree on everything, expanding the geography of innovation in our country is one of the most important endeavors we need to pursue. The Hudson Valley, which is reinventing itself as the home to the future of computing, is an inspiring model for what is possible when government, industry, and academia join forces around a unified vision. The task ahead is monumental, but we will get it done–and it’s an effort all parties should get behind.

Darío Gil is the SVP and director of IBM Research.