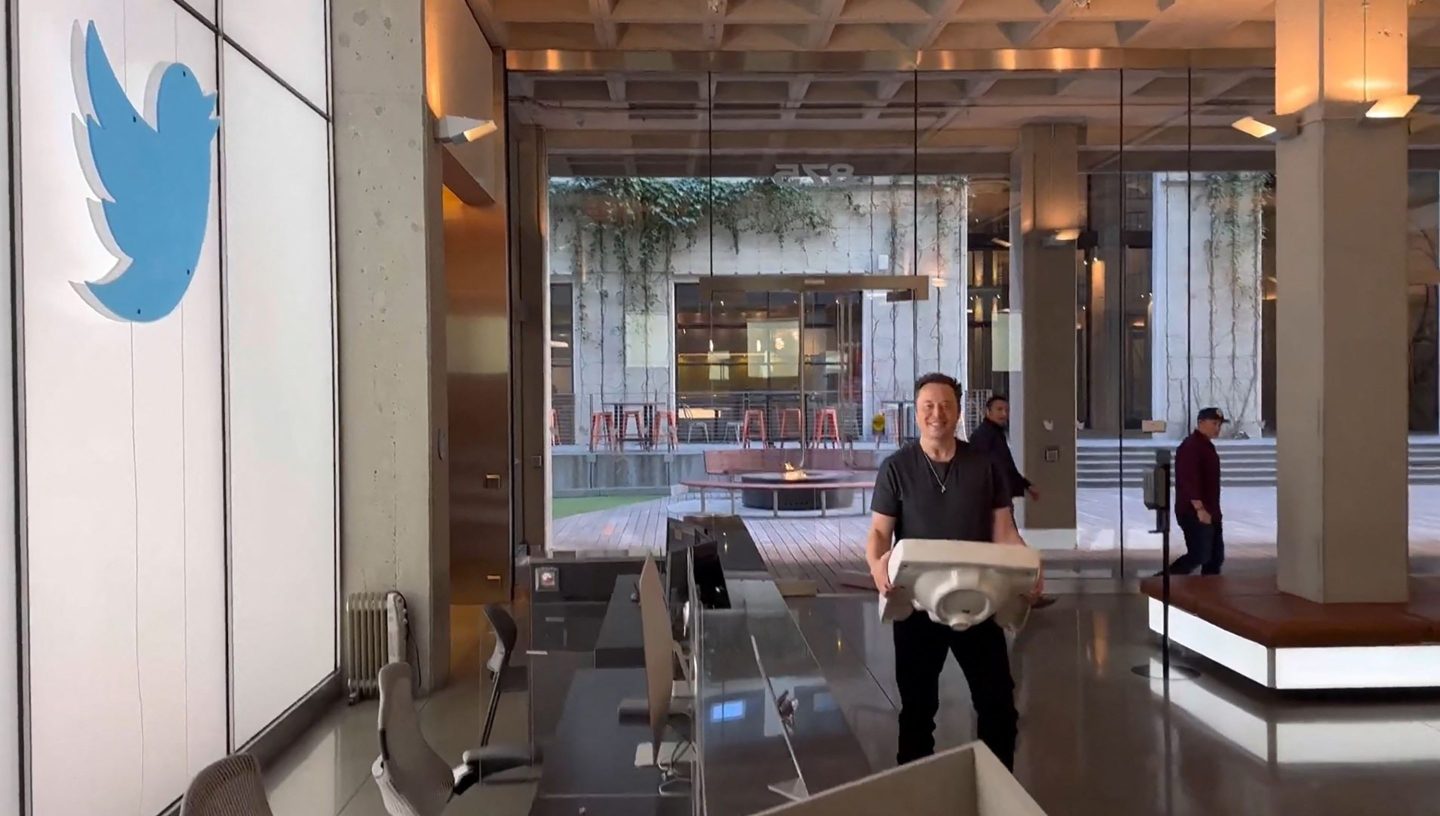 The question seemingly on everyone’s mind is what Elon Musk will do with Twitter. Will he save it? Destroy it? Will he regret the day he hit send on that tweet announcing his intention to buy the company? Or in five or 10 years, will we all look back, see the way Musk has transformed Twitter, and shake our heads in admiration?

The explanation most generous to Musk is that he’s a visionary. He sees things we can’t. He does things we can’t. And while Twitter as currently constructed seems like a very bad use of his capital, this is the guy who created Space X. He created Tesla. Neuralink. Odds are, no one reading this column has ever launched anyone into space or moved the entire auto industry into electric vehicles. Maybe we should just give him the benefit of the doubt and withhold judgment for a few years.

The least generous explanation is that Musk is essentially no different from Donald Trump or Kayne West. He needs attention ahead of anything and everything else. Bad attention is much better than no attention at all, no matter what it requires him to say or do.

A normal person can tweet about the Mets game, get a few likes, and be happy with it. Musk needs to dominate the news cycle. You don’t get much attention for having a sharp take on which left-handed reliever should come out of the bullpen. You get it for saying and doing either major things, crazy things, or both. This feels like Musk woke up one day and said something slightly crazy to get attention. It worked–we’re still talking about it. But if he really wanted to buy Twitter, he wouldn’t have spent months trying to get out of the deal.

Or maybe it’s more obvious than we realize. No one in the world–perhaps no one in history–has benefited more from hype and pixie dust than Elon Musk. Tesla’s market cap is around $700 billion. General Motors’ market cap is approximately $55 billion. Toyota has a market cap of around $220 billion. Toyota’s annual revenue exceeds Tesla’s by a margin of almost four to one ($275 billion to $75 billion). Even if you decide somehow that Tesla is as valuable as Toyota, there’s still a half-a-trillion-dollar gap. That comes from retail investor enthusiasm. It comes from the constant hype machine of Twitter, Reddit, StockTwits, and every other platform.

By using Twitter to speak directly to investors, Musk doesn’t have to rely on market analysts like most CEOs. Ideas or announcements that would be considered trivial by experts instead excite day traders and groupies, driving valuation by tens of billions of dollars. Controlling that means of information could be pretty valuable, especially if he wants to repeat the process once he takes SpaceX public. If Musk can use the hype machine to produce a differential of hundreds of billions of dollars between what his companies are actually worth and their market cap, then the money he paid for Twitter is a minor cost of doing business. And while manipulating Twitter’s algorithms to impact a public company’s share price would most likely violate SEC rules, it wouldn’t be Musk’s first fight with the SEC.

Or it could simply be that people who own means of communication are powerful and Musk wants more protection. Jeff Bezos benefitted from buying the Washington Post because his critics on the left became hamstrung by the fact that Donald Trump hates the Washington Post, making the enemy of their enemy their friend. Perhaps in Musk’s mind, Twitter is the modern-day version of the Washington Post–except that instead of the $250 million that Bezos paid for the Post, Musk spent $44 billion.

No one spends $44 billion to profess their love for free speech. While betting against Musk should probably come with a warning label, it’s hard to see how going from the image of a radically brilliant inventor to someone stuck in the never-ending morass of moderating content and refereeing between left- and right-wing nuts is a good move.

Maybe owning Twitter ultimately makes his other companies worth hundreds of billions more. Maybe owning Twitter scares off potential critics. Maybe he just sees something we don’t. But most likely, Musk fell prey to the same temptation as many rich and powerful people throughout history: he wanted attention, he figured he knew better about everything than everyone else, and he couldn’t keep his mouth shut. Now he’s getting exactly what he asked for.

Bradley Tusk is the founder and CEO of Tusk Ventures.